EHD Alert: Is Your Deer Herd at Risk?

In late summer of 2012, bowhunters in southern Michigan began finding large numbers of dead or dying whitetail deer. Prior... 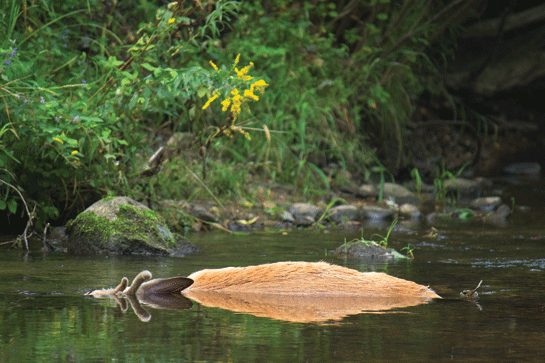 In late summer of 2012, bowhunters in southern Michigan began finding large numbers of dead or dying whitetail deer. Prior to death, affected animals showed similar symptoms: swelling of the head and neck, lesions in the mouth, lethargy, and a loss of their natural fear of humans.

All signs pointed to an outbreak of epizootic hemorrhagic disease, or EHD. The disease doesn’t affect humans, either by contact or by consuming meat of an affected deer, but the 2012 Michigan event was responsible for the deaths of nearly 15,000 deer across 30 counties. Ionia County lost 2,000 deer to the disease, or about half the number of deer harvested annually by hunters in the county.

When cold weather set in, the disease slowed, and eventually the Michigan deer herd recovered. But the 2012 outbreak was a reminder that whitetail hunters everywhere need to understand the symptoms and the implications of EHD, because their herd could be next.
**
THE FUTURE OF EHD**
According to a nationwide survey conducted by the Southeastern Cooperative Wildlife Disease Study (SCWDS), 2012 was a record year for EHD. It was suspected or confirmed in deer deaths in 1,019 counties across 36 states, up significantly from the 2011 estimate of 332 affected counties. Given the spike, it’s natural to ask: Is EHD’s range and severity increasing?

There is no easy answer to the question. The disease itself seems to be dynamic, says Dr. John R. Fischer of the University of Georgia.

“We are seeing some changes in the epidemiology of EHD,” says Fischer. “The sporadic outbreaks in the northern ranges of the disease seem to be occurring more frequently, and we are receiving more reports of sick and dead deer during these outbreaks.”

Asked what might cause this increase in frequency and intensity, Fischer points to changes in the weather. “Drought impacts EHD epidemiology in a few ways. Deer are more concentrated around limited water supplies, and as water levels recede, the resulting mud is prime real estate for reproduction of the Culicoides insect vectors [biting gnats] that spread it, and whitetails may be physiologically stressed by drought conditions,” says Fischer. “So, more stressed deer in the areas of more insects can lead to more infected animals.”

Fischer also says that as more hunters and landowners become aware of the signs and symptoms of EHD, they tend to report mortalities more quickly and reliably, giving the appearance that the outbreak is more severe when it may be that it’s simply being reported more frequently than in the past.

TRACKING A KILLER
Fischer and his team are trying to reduce these variables by standardizing reporting and data collection.

“It is hard to say what percentage of the deer killed by EHD is actually reported,” says Fischer. “It would be my best guess that many go unreported because they are never observed. It’s not easy to tell how close the estimates might be.”

In an effort to improve reporting, the SCWDS has helped catalog vital information about the disease, providing biologists with 30 years of records pertaining to outbreaks of EHD.

Their conclusion: In years with extended hot, dry conditions that continue into October, deer are more susceptible to EHD. So, just as you hope for a buck to walk under your treestand this fall, you might also hope for an early frost.