That didn’t take long. Just one step into this and I’ve already screwed up. I wish I could say this... 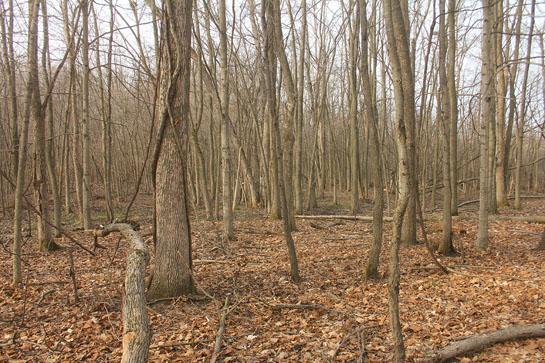 Just one step into this and I’ve already screwed up. I wish I could say this will be the last mistake, but it won’t be.

It’s a journey that should prove to be fairly interesting for several reasons, not the least of which is this: I’ve no idea what I’m doing.

I have dreamed of owning my own piece of hunting land for a long time. I suspect that’s a dream many of you have as well.

Late last summer, I was finally able to make that dream become reality when I closed the deal on a small chunk of ground in southern Michigan. Okay, so the term “small” is pretty relative. I get it.
Based on the materials I’ve been reading most of the winter, a lot of discussions about managing “small” pieces of land for whitetails are generally focused on plots of about 80-100 acres.

I have found a few resources here and there that deal with management on 40 acres of land. But I’ve found darn few that focus specifically on parcels under 40 acres; fewer yet that focus on pieces less than 20 acres.

And I suppose there is good reason for that: That’s simply not much land to work with. Well, here’s another interesting yet very true observation: Land is expensive.

While I certainly would love to have a bigger chunk of ground, I also happen to like being able to pay for what I buy. Thus I had to stick within my means.

And my means were this: 17 acres of vacant land that lies just inside the village limits of a small southern Michigan town.

The ground has never been farmed as best I can tell. It’s a remarkably diverse piece of land for its size having stands of mature hardwoods mixed in with upland-like cover before falling off into an area of swampy terrain.

At first glance, it would not appear to be exceptionally good habitat for whitetails. And that’s because it’s not. At least not yet.

Which brings us back to the point of all this.

I intend to spend the next several months doing all I can do to turn my 17 acres of ho-hum land into something far more attractive to whitetails. Each week I’ll post a story, tip or video right here on the BBZ blog.

To get started, I spent the winter months learning as much as I could about habitat enhancement and land management.

Last October I had Jeff Sturgis of Whitetail Habitat Solutions spend a few hours on the ground and provide me with some ideas and feedback on what could be. Jeff’s help is the only “professional” service that I’ll employ. Everything else will be straight-up DIY.

My first order of business is to inventory the desirable trees, shrubs, and grass species that currently exist on the land as I can.