Whitetails: Why This Year’s Fawning Period is Critical

Remember last fall’s rut? Well I do and in my part of deer country, it peaked somewhere around the second... 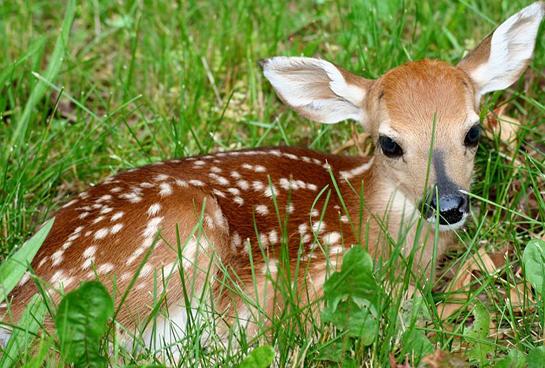 Remember last fall’s rut? Well I do and in my part of deer country, it peaked somewhere around the second week of November. Fast forward 190-210 days and you have fawn drop. By my math it should peak in most places somewhere around the last week of May to the first week of June. But, roughly 15 percent to 20 percent of the does breed a month or so prior to peak rut, so their fawns are hitting the ground now.

This is an important year for fawning. The fierce winter of 2013-2014 took its toll on the deer herd in many northern locations. Some deer didn’t make it through and others suffered from malnutrition caused by low temperatures and deep snows.

Malnourished does are prone to fetus absorption and often give birth to smaller than average fawns. Malnourished does also have a higher rate of fawn abandonment than well-nourished, healthy does. Bottom line: in many severe winter areas we will most likely see lower than normal fawn survival this spring. Couple that with fawn loss caused by the severe winter, and things can get critical in certain northern locations.

You won’t know how it turns out until mid-to-late summer when this year’s fawns start showing up with mom in all the usual places. Sure, you can be extra careful when mowing hay fields, and try to hammer those coyotes, but the only realistic way to handle a potential fawn shortage is to keep track of your local deer population and harvest does accordingly. Assessing the recruitment rate (fawns still alive in August-September) on your hunting property this fall will be mandatory.

If last winter hit this year’s fawns hard, don’t fill those doe tags if you’re seeing fewer deer than normal. This is especially true if your population has been declining for some years. The time to count deer is before you shoot them, not after all the harvesting is done.

The last thing our deer needed was a severe winter on top of increased predation, new and improved strains of EHD showing up all over the country, and CWD on the march. It’s up to us to be ever vigilant and keep a watchful eye on our deer populations.

And one more thing: study after study has shown that the best antidote to winter deer mortality and predation is quality deer habitat. A little chainsaw work this spring and summer will pay huge deer dividends next year. And while you are at it, plant a little something to help them through the tough times.