Are Pennsylvania Coyotes a $4 Million Problem?

Lately the state of Pennsylvania has experienced a great deal of teeth gnashing (pun intended). The Board of Game Commissioners... 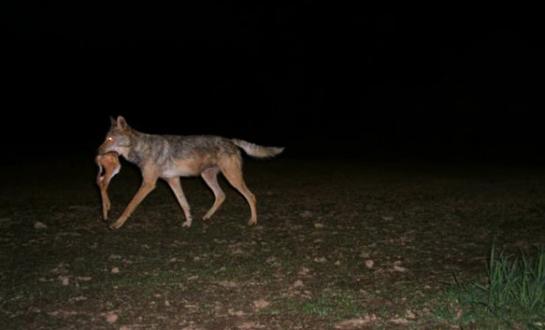 Lately the state of Pennsylvania has experienced a great deal of teeth gnashing (pun intended). The Board of Game Commissioners is all worked up about coyote predation — and for good reason. Coyotes and other predators seem to impact deer numbers across the country, and are continuing to grow as a topic of concern within the whitetail community. Consequently the Commission has ordered staffers in the Keystone State to tackle the ‘yote problem anew.

Great, right? But the rub is the $3.9 million research proposal submitted by staffers. Everyone seems to be choking on the price, and some aren’t convinced fawn predation qualifies as a four-million-dollar question. Presumably staffers are approaching the problem with a fresh eye, which makes sense in this scenario. If you want to study coyotes from the ground up, then a big picture look is necessary to determine whether a real problem exists and whether intervention (i.e. reducing coyote numbers) will really make a difference. And big studies carry big budgets.

Interestingly, one of the project’s leading skeptics actually submitted the pricey proposal. Deer and elk section supervisor Dr. Chris Rosenberry has gone on record stating his opinion that a predator-intervention study isn’t necessarily the best use of taxpayer dollars. He cites a major study on Pennsylvania predators that has already been completed, and asserts no evidence exists to suggest a predation problem in the state. According to Rosenberry the Commission assesses predation on deer herds every year. While predators do kill fawns, no field data to date reflects an “unacceptable predator impact” on either fawn recruitment or the deer population at large.

So why spend taxpayer money on something that is already monitored and doesn’t seem to be affecting deer numbers? Board director Jay Delaney has a different view: “Hunters from all over the state are reporting decreases in deer numbers,” Delaney said. “Our last study was almost 15 years ago. A lot has happened with coyotes, bears and bobcats since then. You hear about predators everywhere you go in this state.”

QDMA wildlife biologist Kip Adams confirmed fawn recruitment is down significantly on his 700-acre northern Pennsylvania family farm after consulting years of meticulous personal records. “We used to harvest 15 does each year to keep our deer herd in line with the habitat. Now it is down to five,” Adams said. Adams also noted the increased number of bears in the area.

Rosenberry is confident the Commission has a handle on fawn predation and deer numbers without pursuing an expensive research endeavor. Should a marked decline in deer numbers occur, he plans on cutting back on deer tags to reduce doe harvests. Rosenberry points to field studies throughout Pennsylvania that demonstrate a reduced antlerless deer harvest corresponds with greater deer numbers, despite predation.

So where do hunters fit into the equation? It all boils down to hunter satisfaction. We’ve spent 30 years convincing deer hunters to take does, and the practice has become widely accepted. It seems an ample doe harvest has become a critical component of a good deer season. Which begs the question: What happens when Rosenberry and like-minded managers significantly curtail doe tags to compensate for coyotes, bears, and bobcat predation?