I’m up in Saskatchewan for the week with some buddies from Barnett Crossbows and ALPS OutdoorZ hoping to wait out... 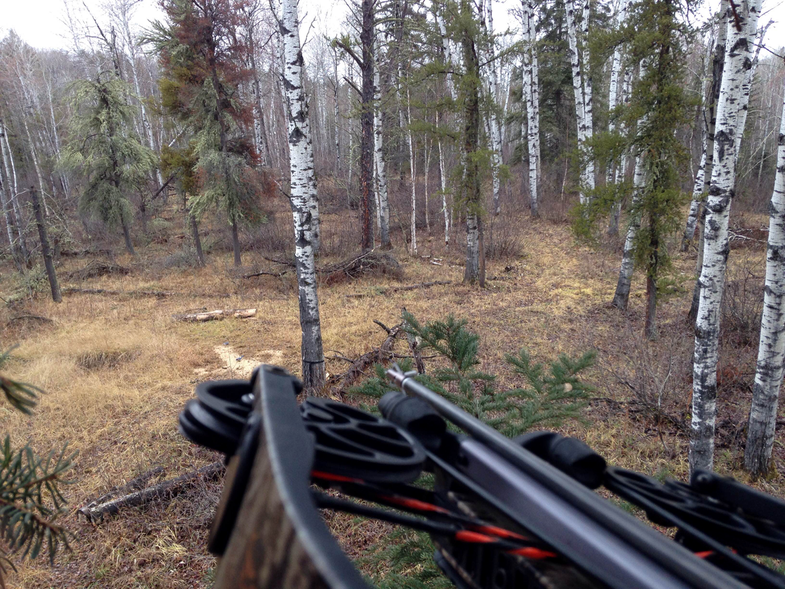 I’m up in Saskatchewan for the week with some buddies from Barnett Crossbows and ALPS OutdoorZ hoping to wait out a big Canadian buck. It’s still too early for the rut up here so the hunt consists of waiting over a bait pile; that’s just how it’s done up here. (Don’t like it? Message Tony Hansen). Over the three days I’ve been here, I’ve heard three statements from our outfitter, Brad Fry of Canadian Outback Outfitters, that run contrary to conventional deer wisdom I’ve heard back home. It follows as such:

1. 85 percent of mature bucks are killed between 10am and 2pm (during the first week of November)
Over Fry’s years of hunting and guiding, he’s noted that most bucks are killed in the midday hours, a few in the late afternoon, and a handful at last light. We’ve all heard and read that it can be productive to hunt through lunch, but 85 percent… That was a new one to me.

2. Weather: Nice people days make for nice deer days
Weather you would consider a nice late-fall day (cold and sunny) usually turns the best deer activity, Fry says. This runs against the idea that snow and light rain get the deer moving. I suspect this has something to do with the typically arctic weather Saskatchewan experiences. Deer have to consume more calories than they burn, and trudging around in two feet of snow during a blizzard burns a lot of calories—probably more than a deer can take in.

3. The rut hits the same time every year: November 10
Throw out weather, moon phase, and the Corrioulos effect. Deer are going to do their thing no matter what, and that’s going to happen on 11/10 up here in Saskatchewan. Now, other factors might limit how much of the rut you witness from your stand (for example, unseasonably warm weather is going to make most of the action at night). Also, it’s common to see some types of rut behavior, like a younger buck chasing does. But, these chases are more out of curiosity, not the urge to breed.

Keep in mind that these points come from real-world experience and anecdotal evidence from hunters on stand. Also this experience comes from the backcountry of Saskatchewan—it might not relate to farm country in Iowa or the hill country of Virginia. But, it’s interesting to think about nonetheless. So, what’s you take?