The Airbow, and 5 Other Pieces of New Head-Turning Hunting Gear from the ATA Show

Every year at the Archery Trade Association show, bowhunting manufacturers wheel out their latest gizmos and gadgets in an effort...

Every year at the Archery Trade Association show, bowhunting manufacturers wheel out their latest gizmos and gadgets in an effort to woo the scores of retailers, buyers, and media members trolling the convention floor. And every year, despite the overwhelming number of new products being showcased, a few stand out above the rest—for better or for worse. This year, six items in particular seemed to turn heads and get people talking; three because they seemed like worthwhile additions to the gear closet, and three others for their uniqueness. Here’s our list of the top six head-turners. 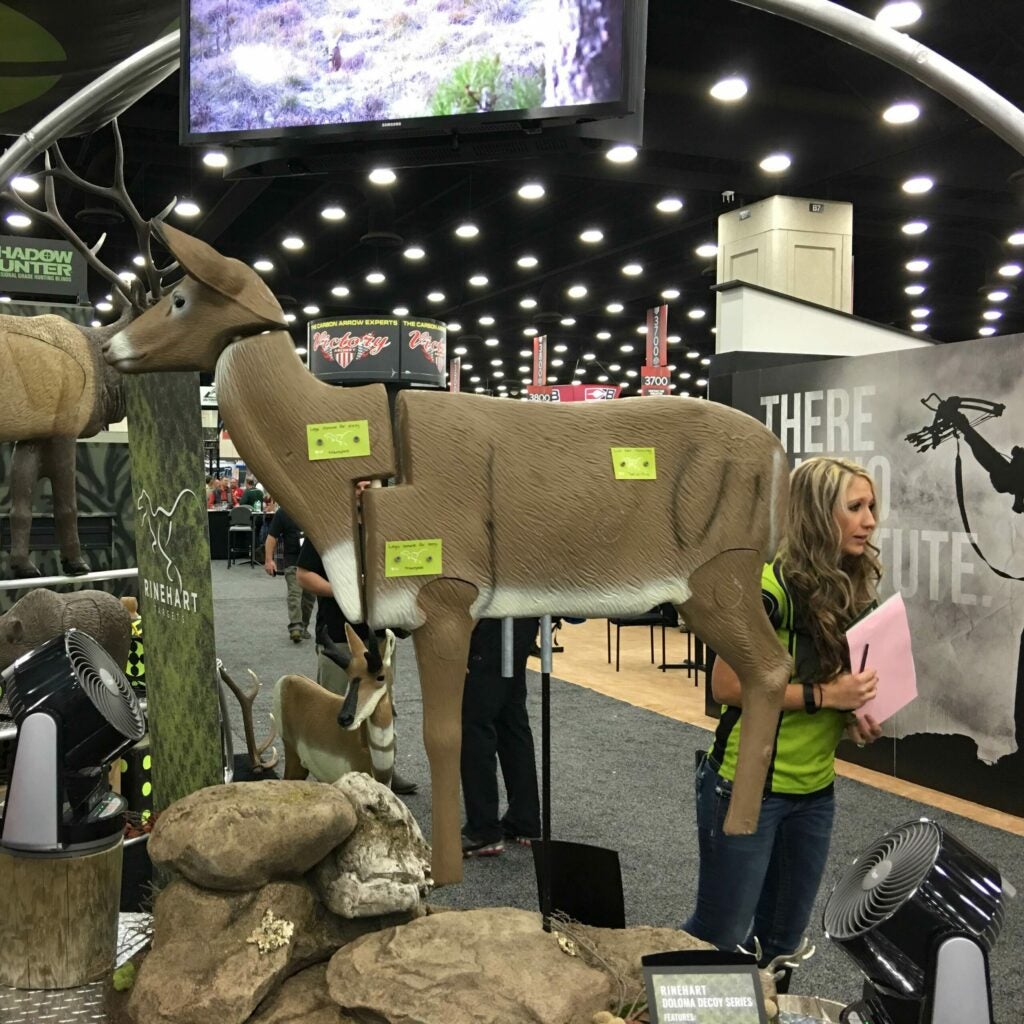 1. Rinehart Deloma Decoys
Probably my favorite new item unveiled at the ATA show, Rinehart’s new line of Deloma decoys solves a major problem that decoy using deer hunters have faced to date. To this point, if you wanted a 3D lifelike decoy you were stuck with models that were hard to transport because of their size and extremely loud when moving or setting up. The Deloma decoys are the opposite of that in almost every way. Rather than a full 3D hollow plastic form, the Rinehart decoys are made of a lightweight and nearly solid foam, which eliminates the noise issues of traditional decoys. The Deloma shape is also much slimmer than a traditional 3D decoy, yet still thick enough and with enough form and shadowing to give the impression of being 3D from most angles. In addition to all of this, the decoy is comprised of several individual pieces that are easily snapped together or taken apart to be packed in with a backpack. The individual pieces comprising the neck and head are attached by free-moving hinges, that allow for lifelike movement in light wind. 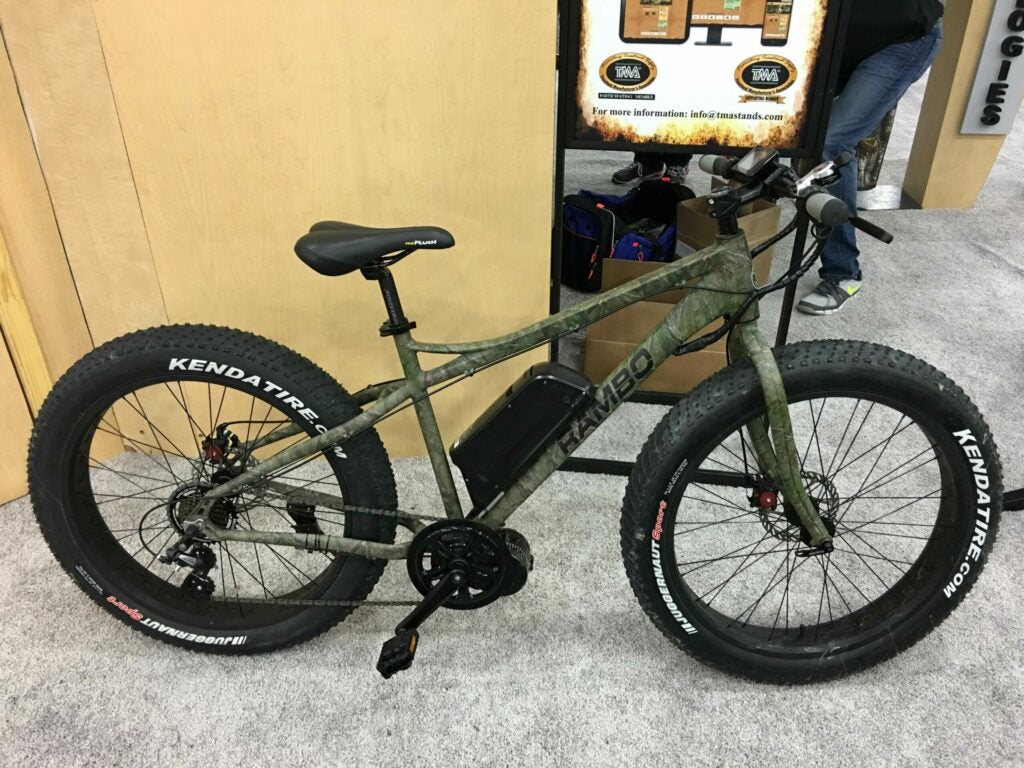 2. Rambo Bikes
If you’re looking for a fast and quiet option for accessing your treestands, and an electric buggy is out of your price range, the new Rambo bikes might be worth looking into. Rambo is producing a series of bikes specifically made for hunting applications, including features like an optional electronic assist motor, fat high traction tires perfect for off-road terrain and attachment options for a game cart and gun/bow holder. This looks like a great option for reaching distant locations on public land or quickly entering a property while minimizing negative pressure on your local deer herd. 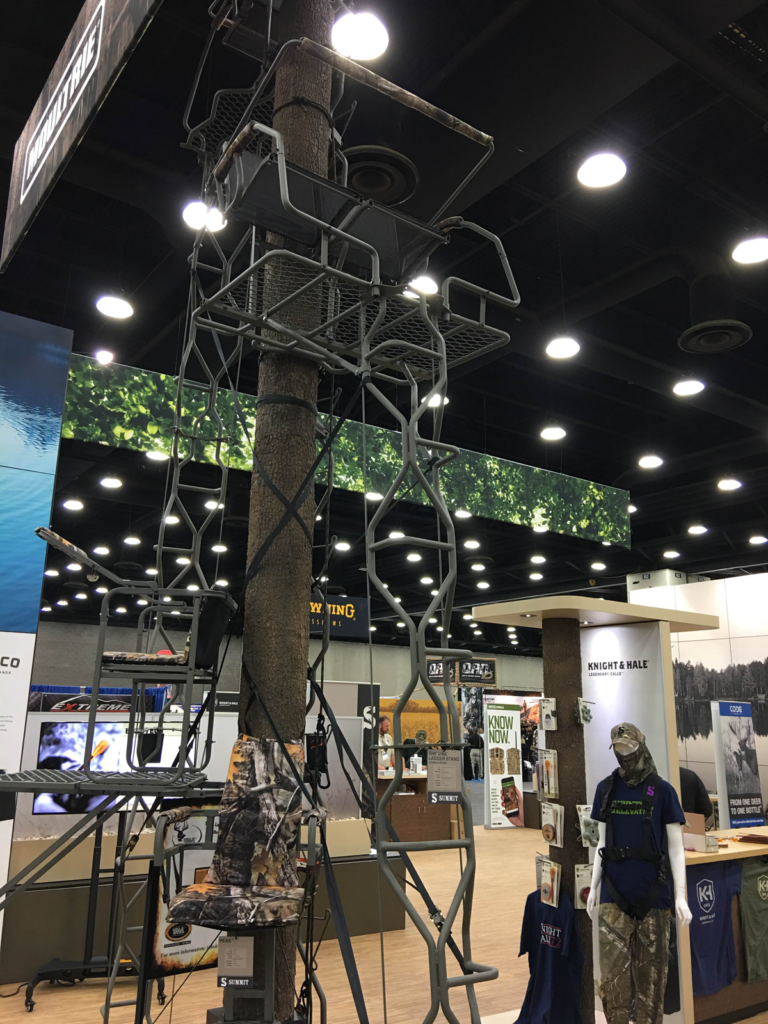 3. Vine Treestands
Summit’s new series of Vine treestands are built with one overarching concept in mind: concealment. In order to ensure that deer and other hunters won’t spot your treestand, Vine stands are designed to eliminate almost all straight edges that stand out unnaturally in the woods. Instead, you’ll find a ladder stand and climbing sticks that look like a series of vines winding down a tree, and a hang-on stand with similarly winding edges that blends in with branches above. This seems like a particularly handy tool when hunting on public land, where stolen stands are a common problem. 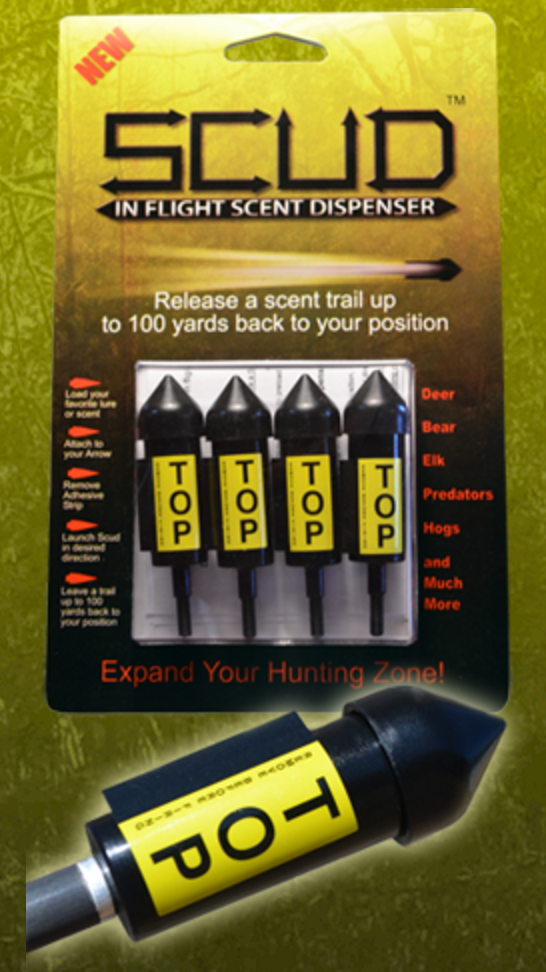 4. SCUD In Flight Scent Dispenser
The SCUD is a scent dispenser that screws into an arrow and is shot into the distance to release a scent trail leading back to your stand. Fill the scent dispenser with your favorite liquid scent or attractant, attach it to your arrow and then let it fly. From there the SCUD releases a mist of your chosen scent as it flies through the air and then eventually finds its destination.

5. Pioneer Airbow
This one is likely to stir some controversy, as the Pioneer Airbow combines aspects of both crossbows and air-powered rifles into a weapon that doesn’t seem to quite fit into either category. In short, the Airbow fires a crossbow type bolt by way of compressed air. According to the manufacturer, the Airbow can fire a bolt at 450 FPS and is capable of taking down big game as large as bison. The Airbow is legal to use in predator hunting applications in some states, but currently cannot be used for other big game species. 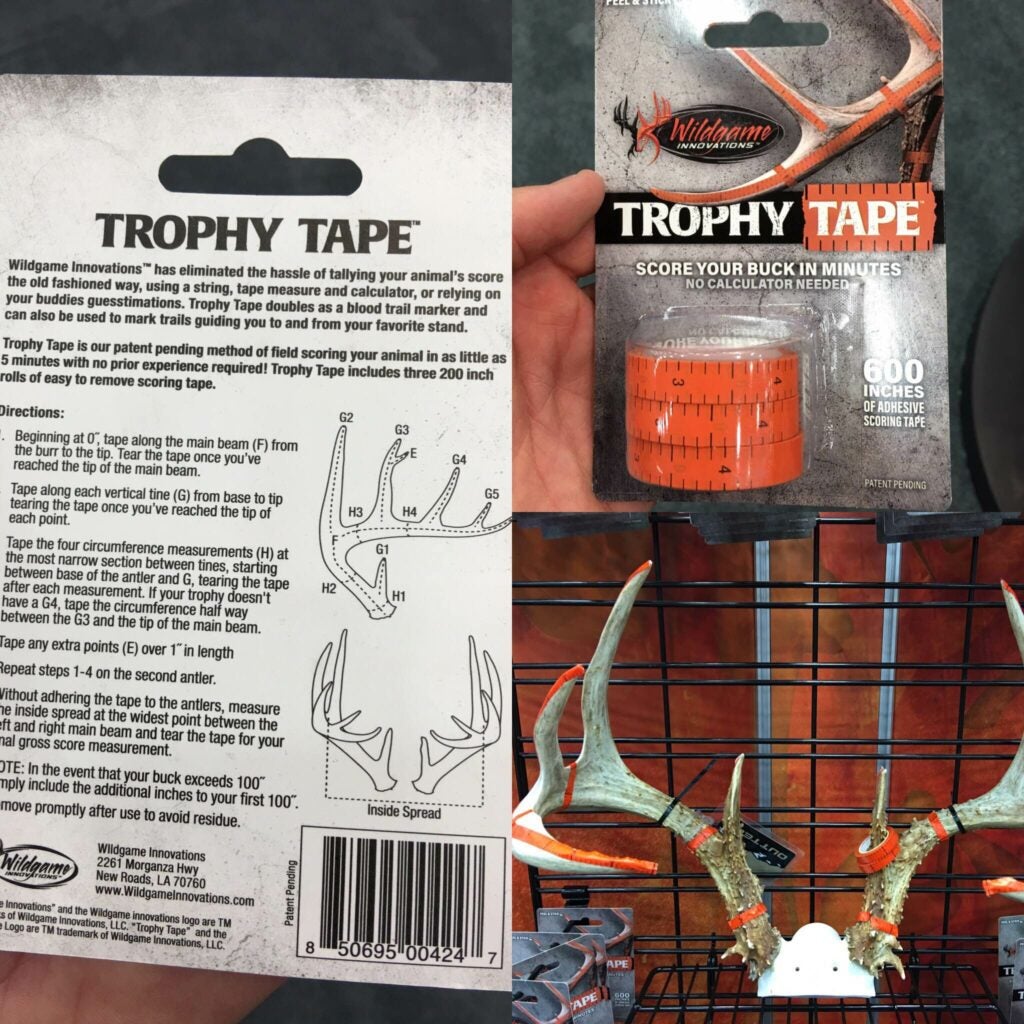 6. Trophy Tape
If math wasn’t your strong suit in school, the Trophy Tape has got you covered. Rather than using a tape measure and calculator to tally the B&C or P&Y score of your deer, the Trophy Tape allows you to simply apply this adhesive tape directly to the antlers, covering each tine length and main beam circumference. Once you’ve used enough tape to cover each necessary measurement, the final number on the tape is your total gross score.