With the whitetail rut in the rearview mirror for most of us, you’re likely thinking that the best days of … Continued 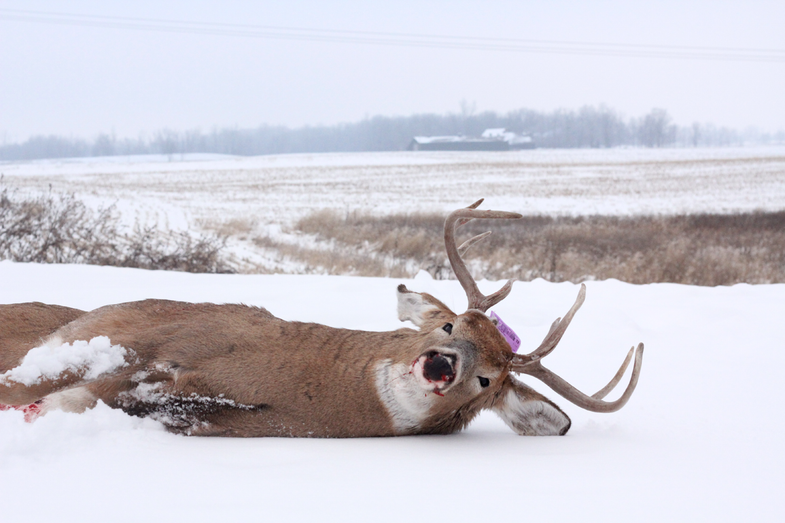 With the whitetail rut in the rearview mirror for most of us, you’re likely thinking that the best days of the 2015 deer season are behind you. But that might not be the case. In fact, the coming weeks could actually offer an even better opportunity at filling your tag than you had during “Sweet November.”

Neil Dougherty, a whitetail habitat consultant and author, is one hunter who subscribes to this belief whole-heartedly.

“During the rut, everybody is equal and you’re basically just grinding it out in a tree, hoping that sooner or later a buck will run by you,” Dougherty says. But during the late season, he explained, serious strategy once again can be employed as mature bucks return to consistent patterns and the coming winter conditions force deer to get on their feet.

Dougherty feels so strongly about the benefits of late-season hunting that he claims he’d rather give up hunting the rut than the late season. But, all of this comes with a few stipulations. In order for the late season to be as great as it can be, a few criteria must be met.

First, you need to be hunting an area where hunting pressure is significantly limited. After months of being hunted, mature bucks are obsessively concerned with avoiding human contact and will either move only at night or only in areas where they feel completely safe. If you have an area you’ve been able to keep low-impact or can find a new location that hasn’t been hunted, you’re in the game.

Secondly, you’re going to need high-quality food, as a whitetail’s world at this time revolves around his stomach. Focus your hunts near attractive late season food sources such as corn, soybeans, brassicas or any remaining acorns.

Finally, and maybe most importantly, you’ll need the right weather. The key to getting a mature buck on his feet during daylight at this time of year, even on low-pressure ground, is to wait for a severe temperature drop or snow event. Hold off on hunting until you get these kinds of conditions, use low-impact scouting to determine where the deer are moving and then head in for the kill.

“You have to have some help from Mother Nature, but when conditions are right, you can really start to develop a strategy and work an individual buck,” says Dougherty. “And if everything lines up, you can get it done in a couple days.”

So even with the heydays of the rut behind us, don’t give up hope. If there’s still a tag in your pocket and the weather gods line up just right, the best might be yet to come!