A lot of bowhunters’ favorite time to sit in the stand is Halloween, and the two days after it. Those... 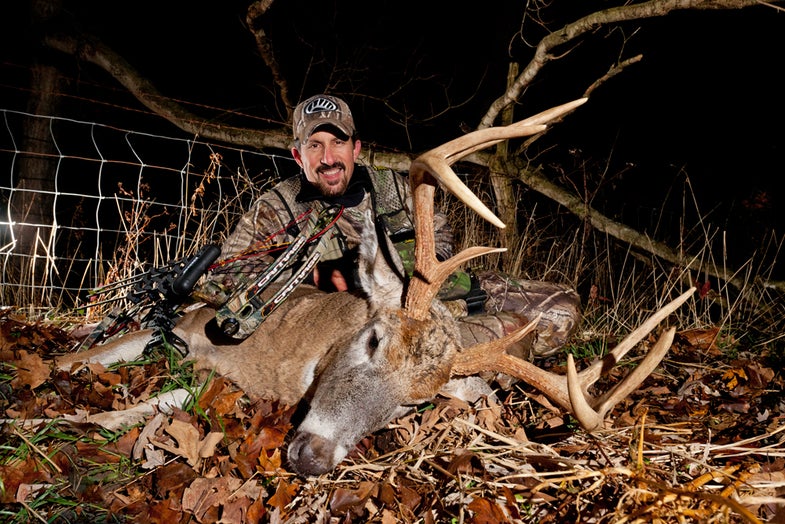 A lot of bowhunters’ favorite time to sit in the stand is Halloween, and the two days after it. Those three golden days just happen to be on a weekend this year. Bucks are moving again now, and because peak breeding is still weeks away, the lock-down is not a factor. A cold snap can make for some scary good hunting.

I’ve been hanging around the Whitetail Properties guys quite a bit this summer and fall. Besides holding the keys to some killer land, they also know a thing or two about killing deer. So, to get ready for the big weekend, I hit up Whitetail Properties head honcho Dan Perez for some advice. Perez has taken more than 50 Pope-and-Young-class whitetails.

In his own words, here are Perez’s three tips for hunting the first weekend of November.

1) Target Does
Here in the Midwest, bucks are on the prowl during the first couple days of November. This means they are on their feet during daylight hours far more than even the week before. So when I’m hunting an evening stand during cool conditions, my goal is to “hang out” where the girls hang out. In other words, I want to be where the greatest number of does congregate. This is normally a destination plot in areas where big agriculture fields don’t exist, or staging plots where they socialize and feed before heading out to the open expanses of corn, beans, or both.

2) Hunt Near Water in the Evenings
If it’s warm out during the first couple days of November, my favorite place for an evening hunt is a water source close to a primary bedding area. Ideally this water source is either on the edge of a food source, or between bedding and feeding destinations or staging areas. In my experience, deer will visit these water sources throughout the day, as well as on their way to feed. Bucks are constantly pushing does during this phase of the rut, so both does and bucks will require water more often—especially in warmer weather.

3) Sleep In and Hunt Travel Corridors
In the mornings, I generally set up in the timber along travel corridors between bedding areas and crop fields or food plots. Younger bucks and does will often filter through the woods just after daybreak as they return from the fields to bed. However, the majority of older bucks seem to wander by from about 9 to 11 a.m. I think the reason they return to their lair slightly later is because they’ve harassed does all night, taken a brief rest, and now they’re back searching for receptive does. So if I plan on hunting all day, I may not even climb into my stand until 8 a.m. I bump fewer deer this way because many of them have already bedded for the day, and I’m not walking in the dark with a flashlight.