The first bow seasons are underway and many more are set to follow suit in the coming weeks. If you... 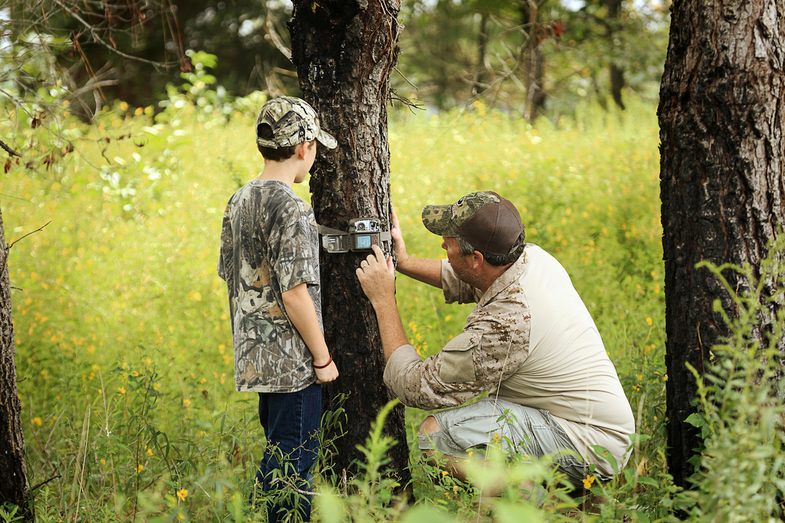 The first bow seasons are underway and many more are set to follow suit in the coming weeks. If you haven’t started scouting, you’re way behind, and if you’ve already been hitting the woods a little, it’s time to ramp up your efforts. Without a doubt, the best way to maximize your deer surveillance efforts is with trail cameras. So whether you left them hanging on some tree all year (a bad idea) or have them collecting dust on a garage shelf, you first need to make sure they are working correctly and get them hanging on your hunting property where they can do you some good.

Pro Pointers
Dig those cams out, whether it be one, two or a dozen and wipe them free of any dust and dirt that may still be on them from last season or that collected during the off season. If you left the batteries in all year (don’t do that in the future as they can corrode and leak, damaging the contacts and render your camera inoperable), toss them and put fresh, quality batteries in. Remove any SD cards and check them on a card reader or your laptop and be sure they are still readable and working.

David Sichik, owner of Garden State Guides in New Jersey, an outfit that provides some amazing hunting opportunities for deer, duck and goose within an hour’s drive either direction of two of the Northeast’s biggest metropolitan areas—New York City and Philadelphia—has a strict regimen he follows every year. 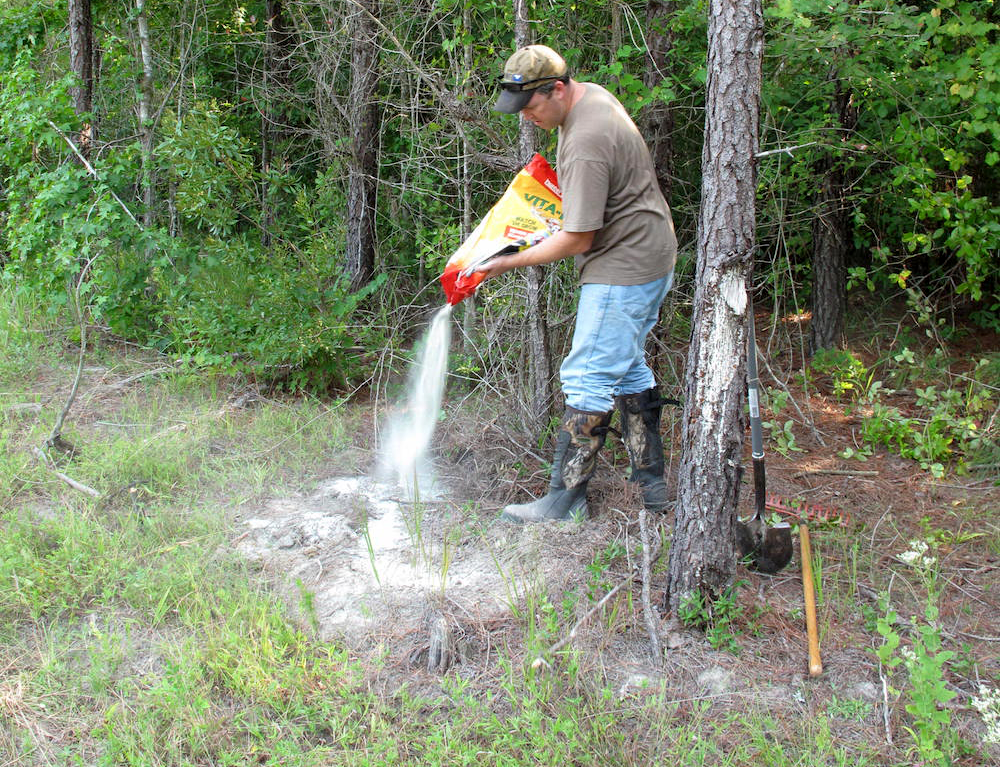 “We run hunters on a lot of properties around the area, many smaller tracts compared to what hunters might be used to in the Midwest or down South,” Sichik says. “We count on our cameras to catch photos of bucks so we can tell when they are moving and where they are moving. They have to work or we’re in the dark as we can’t be personally everywhere all the time.”

To check all his cameras prior to the season, Sichik hangs them on a barn wall or fence at the same height and angles. Then, he will walk past them at various distances and at different speeds, and will do it in both full light and at night before scrutinizing the images to not only compare each camera, but also to make sure each one is functioning properly.

Tactical Trail Cam Pointers
To get the most out of your trail cam efforts, follow these steps:

1. If hunting a property you’ve hunted past seasons, set cameras in those places where you’ve witnessed deer frequently moving before. Sichik notes that deer are creatures of habit and will pay attention or focus his efforts on those areas where his hunters have enjoyed success before.

2. When hitting a piece of land for the first time or even if setting up well before the season, set up a salt lick or feeder (where legal) to draw deer in from the surrounding area. This is the best way to nail down an initial inventory of bucks in an area before the rut cranks up.

3. Set cameras on a tree or on a pole approximately 3 feet high and just a few yards off a key trail or feeder for getting the best photos of deer. Holes in fences or other features that funnel deer as they travel are also excellent locations to focus your efforts.

4. Check cameras in the middle of the day in order to avoid spooking deer. Some hunters prefer to do it at night, well after dark, so the activity won’t be associated with hunting. Or better yet, use a camera that sends you images from the field, like SmartScouter, SpyPoint, Covert Scouting Cameras or Wildgame Innovations’ Crush Cell 8 Lightsout camera.

5. Avoid setting cameras too low on trees in low areas, such as creek beds or swamps that may be prone to flooding. (I’ve actually destroyed one camera that way. The electronics are not made for total submersion.)

6. When hanging multiple cameras around a large property, keep a list of where each one is located. Believe it or not, it can be easy to forget about one if you are not able to check them every week.

7. Rotate cameras to new locations every 7 to 10 days initially to pinpoint spots with higher deer activity. As the season nears, focus on the best spots where you’ve seen the most or more importantly, the biggest bucks, noting the times the buck was photographed in order to determine his pattern. Avoid those areas where few photos were captured.

8. Once the season begins, keep those cameras active near your best stand locations. “I won’t even sit a spot until I see a deer show up on camera,” says Sichik. If all of a sudden you are seeing new bucks flood into an area where you have been watching others earlier in the season, you know the game is on and the boys are roaming in search of hot does. This is a clear sign you need to get off work, out of school and drop the chores to be in the woods and on your stand. 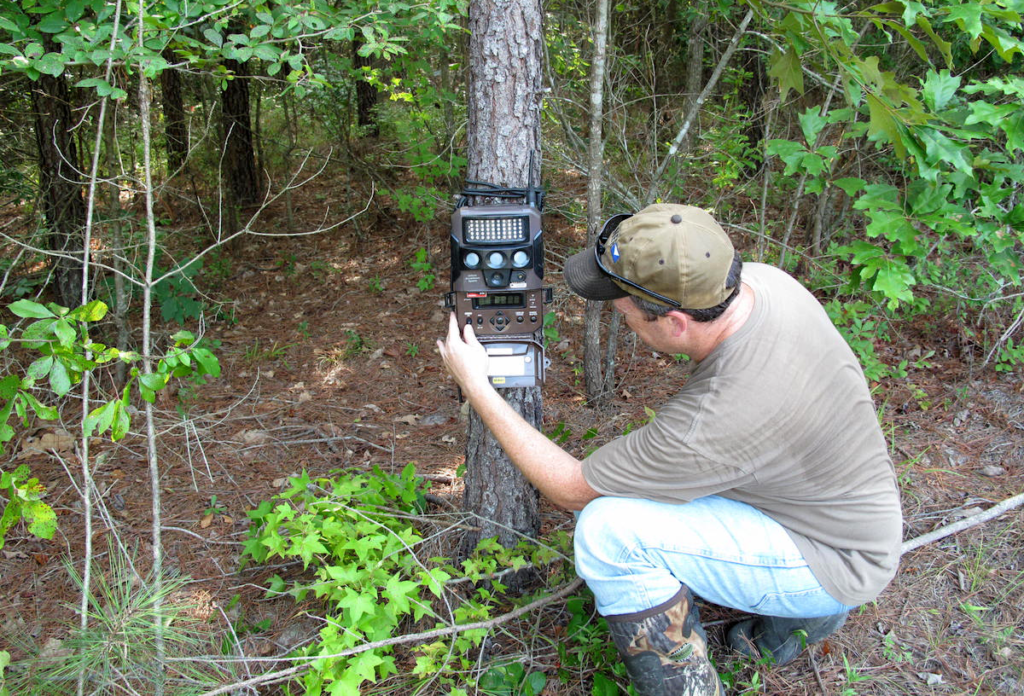 Are you having problems with your trail cams? Darin Stephens, senior product manager for trail cameras at Bushnell, sat down for a quick question and answer session and offered some interesting troubleshooting advice.

Q. What is the most common thing to quit working on a trail camera or to wear out first that a hunter can possibly prevent?
A. Most people complain about battery life. The best way to make sure you get the best battery life is to pony up and buy the lithium AA batteries from Energizer (obviously a different size battery if that is what your camera uses). They are flat out the best available and will be well worth the extra few dollars spent.

Q. What is best way to store cameras when not in use for a long period of time?
A. The best way to store them is to keep them in a cool, dry place. Make sure any ports are closed, clamped or plugged and remove the batteries for storage.

Q. What is the best size SD card that I actually need to use in my camera?
A. I run 8GB cards primarily. They are cheap and allow several thousand images before filling up. If you do video, the 16GB card would be my first choice since the videos take up more space.

Q. Why do images sometimes appear blurry in evening and early morning shots?
A. Cameras vary, but the best way to avoid blurry images in the early morning or evening is to make sure the camera has a hood or shelf over the camera lens. Most often in warm humid mornings or damp early evenings, condensation can form like fog, especially in low lying areas such as creek beds. If it’s really humid, sometimes even the best design cannot keep dew from forming, but over time the dew will dissipate and the images should clear up.

Q. What is best way to ensure good night photographs, which tend to be the most blurry?
A. The best advice is to buy a camera that has options to choose different night-vision shutter speeds. This allows you to optimize the camera to your setup and adjust for the best images.

Q. What is best way to check a camera’s performance before the season? What should I be looking at?
A. I run through the setup menu and make sure all the screens show up and work properly. Then I put in a “clean” fully formatted (erased) SD card. I simply try a few shots and make sure the camera is taking images or video properly. Then I cover the light sensor to make it think it’s night and check to see if the night vision LEDs fire. This is the best way to make sure the basic functions are operating properly.