When most people dream of deer hunting in Iowa they likely see dollar signs in their heads. And a big... 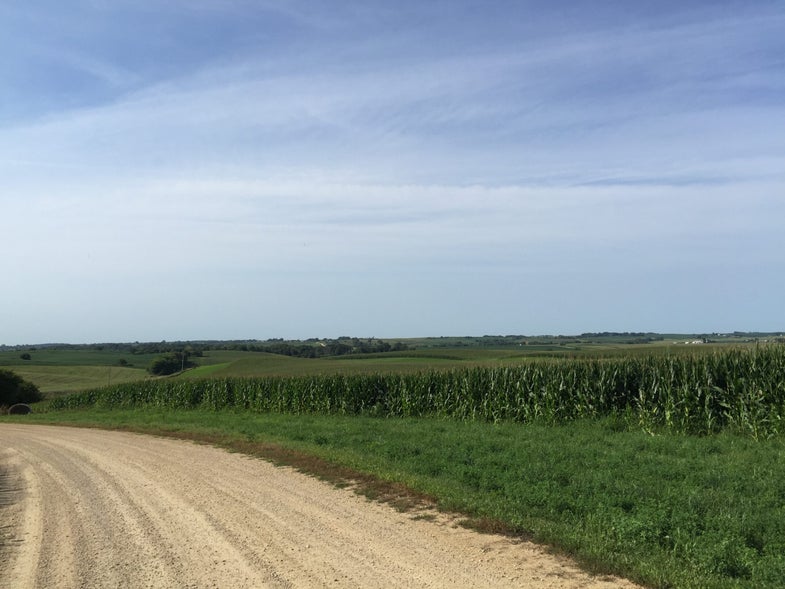 When most people dream of deer hunting in Iowa they likely see dollar signs in their heads. And a big part of those assumed Iowa expenses come in the form of fancy outfitted hunts or exorbitantly priced leases. But it doesn’t have to be that way.

Last week I proved it when I traveled to Iowa, spent a day driving the countryside and knocked on 13 doors. The end result was free hunting permission on 1,250 acres of prime Iowa property. Here’s how I did it.

1. Identifying Focus Areas
After applying for my Iowa non-resident hunting license, I began working on identifying areas in the zone I was interested in hunting. First, a friend was kind enough to recommend a handful of properties he’d seen from the road that looked good—or that he’d seen deer on. I then used Google Earth to identify other regions that looked “bucky” from the air. During this digital scouting I was looking for properties with plenty of cover, food and water, along with quality access and topographic related features that would likely funnel deer in predictable ways. I then marked these promising areas on a map, and moved on to step two.

2. Developing A Landowner List
Once I had a focus area and/or specific properties, it was time to get online and get the landowner and property border information I would need before I could start asking for permission. To do this I used the online GIS maps for that county, which allowed me to see a satellite image of the area with actual property border overlays. Most importantly, for each of those parcels, I was able to get the landowner’s name and home address. And with this information I put together my list of high-value properties.

3. Knocking On Doors
I had my final list, with address and owner information, ready just in time for the drive out to Iowa, and on a Tuesday afternoon I headed out to start canvassing the territory. It took most of the day, but I visited each property, knocked on the door and gave a brief introduction – which consisted of my name, what I was doing in the area, and what I was hoping to chat with them about. Usually these lines would lead to a longer conversation about where I was from, why I was interested in their property and whether or not someone was already hunting the farm. In all of the cases the landowners were gracious, friendly and understanding. And in two situations, they actually offered me hunting permission at a very reasonable cost: free.