Gloom and doom. We whitetail hunters have gotten used to it over recent years with historic outbreaks of EHD, the... 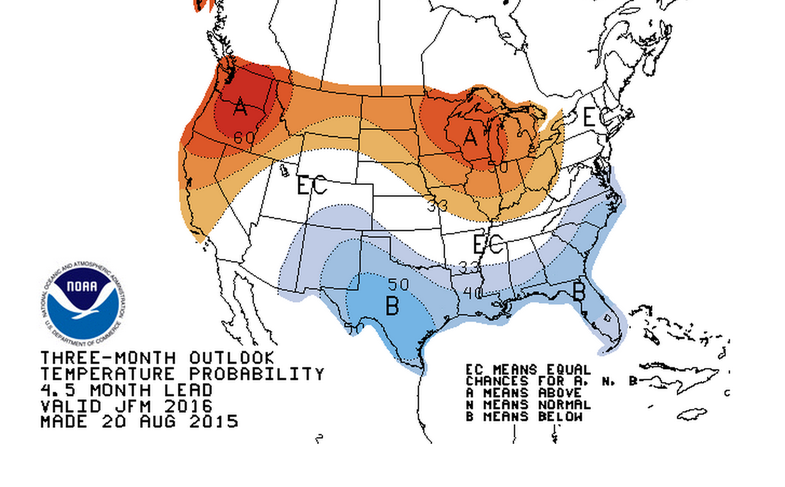 Gloom and doom. We whitetail hunters have gotten used to it over recent years with historic outbreaks of EHD, the continued spread of chronic wasting disease, and severe winters debilitating deer herds across the country—all in just the last half decade. But finally, there could be some positive news on the horizon courtesy of Mother Nature and the climate effect known as El Niño.

According to a recent Fox News report, federal meteorologists are predicting that this year’s El Niño could be one of the most severe in decades. And that’s likely good news for deer and deer hunters.

This El Niño effect that we hear about every few years is caused by abnormally warm water temperatures in the Pacific Ocean, which then impact climate trends across the globe. For the US, this typically results in milder winter conditions for northern states, offering a respite for deer from the sometimes deadly cold weather months —or at least that’s the hope for the 2015/16 season.

According to wildlife biologist and QDMA staff member Matt Ross, “The severity of winter weather conditions is the limiting factor for whitetail populations from the Upper Midwest through the Great Lakes, New England and Canada. When conditions are bad, you can count on seeing both direct and indirect impacts.”

These impacts can of course come in the form of winter-kill, but it can also have longer term herd impacts. According to a 2015 Winter Severity Index Report from the Michigan Department of Natural Resources, “research suggests that winter weather can affect deer mortality, fawn production, and deer physical condition (including antler development).”

With this being the case, it’s fair to say that the opposite conditions—those that might be created by the El Niño effect this year—could lend themselves to more stable deer populations, healthier animals, and possibly even better antler growth in the year to come.

As of now, the National Oceanic and Atmospheric Administration is predicting warmer than average temperatures from December through March for parts of Wisconsin, Minnesota, Michigan, North Dakota, New York and numerous other states in the northern reaches of the country. So is 2016 shaping up to be a banner year for whitetails? It’s likely too early to say, and we’ve still got the 2015 season to worry about, but it sure is nice to know that it’s a possibility.

(Meanwhile, the Old Farmer’s Almanac says the exact opposite: it’s recently-released forecast is predicting abundant snow and frigid temps for this winter.)

But for now, here’s to warm waters in the Pacific!