Deer Season Prep: 5 Projects for When the Snow Clears

My office is in a pole barn, the one in my backyard to be exact. It’s housed in a lean... 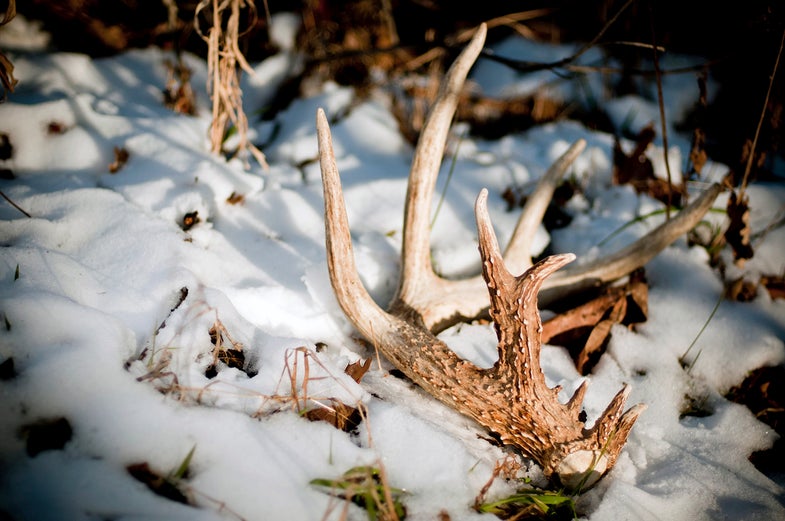 My office is in a pole barn, the one in my backyard to be exact. It’s housed in a lean off the main barn, which means the steeper barn roof ties in with the flatter roof of the lean.

When building the barn last summer, I was mildly concerned about snow piling up on the lean roof. I had little doubt that the steel roof would shed snow in a hurry on the 6/12 pitch portion of the main barn. But I wasn’t sure what would happen when it hit the 4/12 of the lean.

We’d gotten roughly 12 inches of snow over the past 24 hours. The sun was finally out and things were starting to shift. I could hear a strange noise but couldn’t figure out what it was.

Then it happened; that noise was the sound of snow pack slowly pushing its way downhill. Then it let go in a hurry.

In a matter of seconds, the sunlight coming in from the office windows was eclipsed by an avalanche. The roofs – both of them – cleared. I can’t see out my windows now. A foot of snow spread out over the roof expanse of a 40-by-40 building make a helluva pile under the eaves.

The snow is leaving. Reluctantly. But it’s going.

Which means we can soon return to the woods and get some work done. Here are five things I’ll be doing in the coming weeks. Maybe one (or five) of them need doing where you hunt.

1. More Cutting: I’ve already done a fair amount of hinge-cutting and removing of dead trees and less desirable live trees on my 17 acres. And I’ve hardly scratched the surface. Late winter/early spring is as good a time as any to do some more. Hinge-cutting while trees are still dormant (or just waking up) lessens the chance of killing the tree and that’s the point of a good hinge. You want to cut through just far enough to tip it over and keep as much of the trunk intact as you can. The tree will continue to live, throwing shoots and branches and leaves. Which creates that thick, tangled mess that big deer love.

2. More Planting: I like food plots as much as the next guy. But my time (and money) is better spent creating habitat that will last longer than a single growing season. For me, that means planting trees and shrubs that provide both cover and food value.

I’m a big fan of hazelnut and cranberry shrubs. They grow in most soil types and they provide great cover. The shrubs I planted a few years ago aren’t yet producing fruit and nuts. But I’ve heard good things about both and I’ve already seen an improvement in cover.

3. Pruning: I’m fortunate to have several apple trees on my property. But they are sporadic “every other year” producers. Some buddies of mine that own an orchard say that’s because the trees are facing too much competition and haven’t been properly pruned. Removing nearby trees will allow more sunlight to come in and will reduce competition for available water and soil nutrients. Pruning will help stimulate growth and increase fruit production and frequency. This is an ideal time to prune.

4. Prep Tough Trees: I don’t have an abundance of ideal trees for tree stands (thanks to the Emerald Ash Borer). So I need to do some serious work to clear shooting lanes and entry/exit paths to trees that will work. This type of activity needs to be done now so deer have plenty of time to get used to the changes.

5. Fertilize Free: I have a couple of established food plots, one of which was in corn last season. But I also have a couple of areas I’d like to convert to plots. In both cases, now is a good time to work that ground. Notice I didn’t say clear it. Unless you’re dealing with heavy brush or trees, I’m a fan of turning ground as-is, weeds, corn stubble and all. Organic matter matters. Do a soil test (another good thing to do right now) and you’ll see that the amount of organic matter is one of the reported variables.

Know what organic matter is? Rotten dead stuff. Weeds, corn stubble and the like. Turn it under and let it do its magic. I won’t be planting my plots until later in the summer in most cases. Turning it now allows that decomposition to begin. If it saves me a few bucks in fertilizer down the road, all the better.