Deer of the Year: An Ohio Buck for Dad

A son’s promise to his late father results in a world-class double-drop-tine non-typical. Even before he had seen the gnarly... 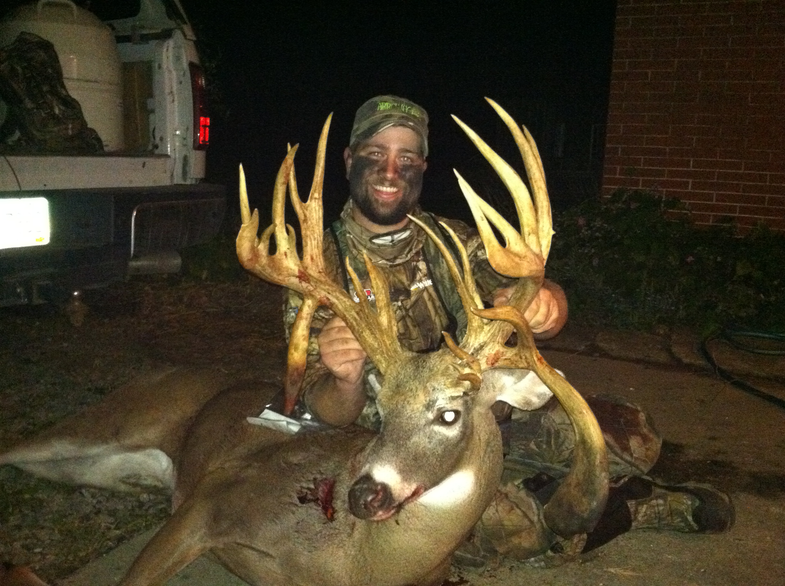 A son’s promise to his late father results in a world-class double-drop-tine non-typical.

Even before he had seen the gnarly non-­typical on camera for the first time, Mark Owen had vowed to kill a Booner for his father, who had passed away in the spring. He had even inscribed “Dad’s Shot” on the fletching of his arrows. Perhaps it was the help he needed.

It was sometime in June when Owen, 27, received a tip from a friend about some promising bucks on his property. He quickly rigged a game camera and set it up on the Wayne County, Ohio, land. Just weeks later, the camera revealed a buck unlike any other.

“The first picture is of a giant,” says Owen. “Monster drop tines, velvet, just crazy-looking. I almost passed out. That was the moment of all the moments.”

SUBMIT YOUR OWN BUCK TO THIS YEAR’S
DEER OF THE YEAR PROGRAM. ENTER HERE.

Owen teamed up with the landowner to pattern the buck, which they nicknamed “Mr. Caveman” for his clubbed drop tines. Owen’s strategy relied on elaborate camera work to pinpoint the buck’s summer patterns and his daily bed-to-feed habits without disturbing him. 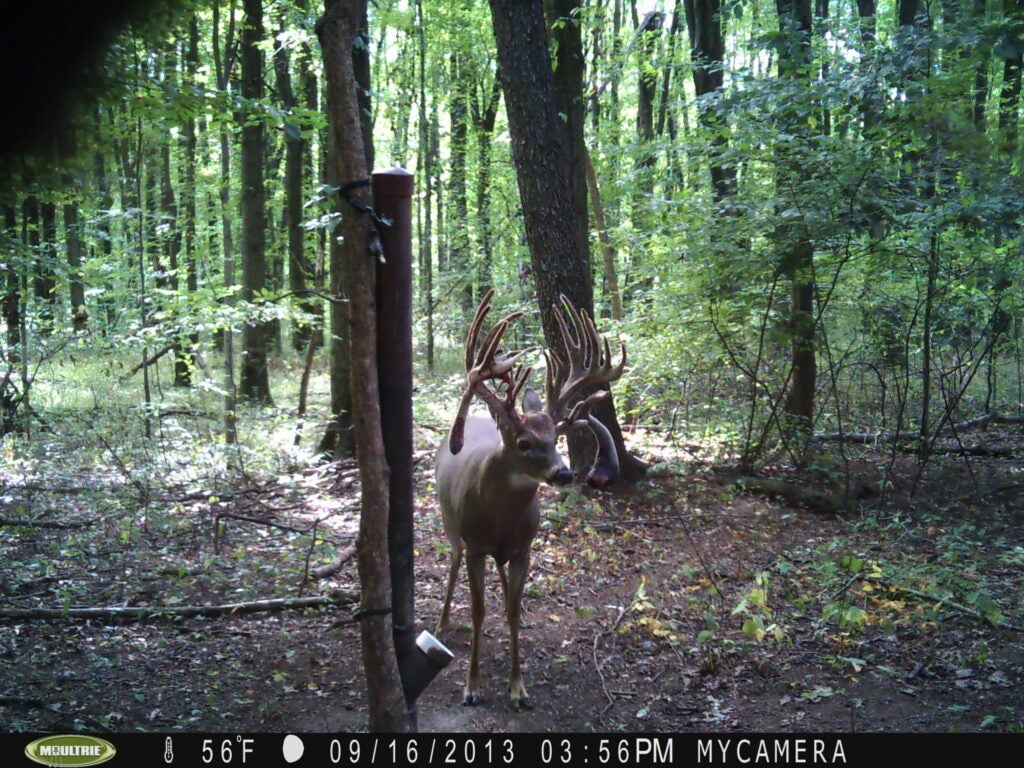 In an unexpected gesture, the landowner offered Owen first crack at the buck. Owen hadn’t anticipated hunting the buck himself and eagerly climbed into his stand on opening day even though he knew Mr. Caveman hadn’t been seen for a week.

“I looked way up the trail to try to catch a glimpse of whatever was coming my way. It was him, coming down right where he was supposed to.”

Owen drew back as Mr. Caveman moved in. The buck stopped behind a tree at 33 yards, forcing Owen to hold his draw for several agonizing minutes. At last, the buck stepped out to expose his shoulder and Owen released—just as the buck moved back again. The broadhead struck in front of the shoulder and the buck sprinted toward Owen’s stand, crashing 10 yards away.

“I couldn’t believe he hit the ground right there,” says Owen. “He let out a gurgling grunt on the ground and it was done. I sat there for 10 minutes saying, ‘Do not get back up.’

“He was my dream. I wanted a drop-tine buck. He’s world-class.”

Mark Owen’s buck had 22 scorable points and netted 249 inches. It was awarded Best in Show at the Ohio Deer and Turkey Expo in March.

“There’s no doubt that my late dad’s spirit played a part in this,” Owen said. “He’s the man that taught me the woods.”