I’m not an expert in much of anything. I’m a fairly simple guy in a lot of ways, but I... 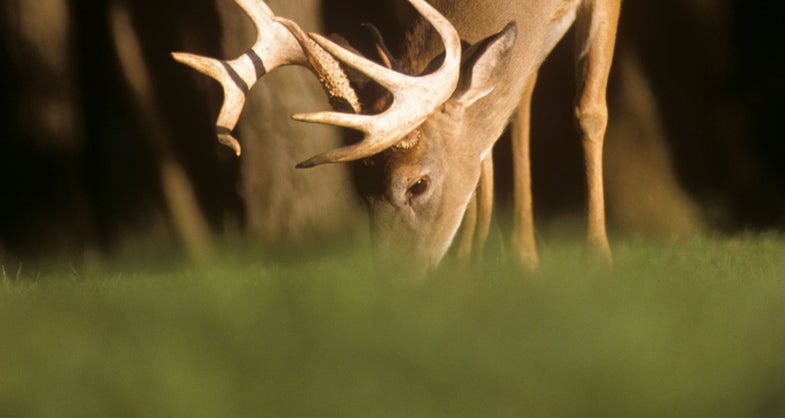 I’m not an expert in much of anything. I’m a fairly simple guy in a lot of ways, but I also like to learn and become proficient at anything that I do – including food plots. And, what I’ve learned over the years is that planting a food plot simply isn’t all that hard. However, most of what you read and see in videos might have you thinking otherwise. That’s B.S.

Every spring, volumes are written about food plots in every hunting-focused outlet – including this one. Heck, I’ve written more than my share of such stories.

When I first started planting food plots, I was constantly on the search for that “magical” formula that will make my plots as good as they can be and will lure wall-hanger bucks into the open on a regular basis.

I read about soil tests and seeding rates and forage beans and RoundupReady corn. I looked at bag after bag of “trophy” blends, coated seeds and snickered at the word “inoculant.”

I was confused more often than not.

Well, here’s a dose of truth: There is no magic involved when it comes to planting food plots and you don’t need a degree in agronomy to plant a good one. When I first started planting food plots, I had even less equipment for planting them than I have now – and I don’t exactly have a barn full of implements now. I planted plots the only way I could – with a hand sprayer, an old harrow drag and a lighter.

Today, I see plenty of content focused on “poor man’s plots” or “DIY plots” and they’re made to sound as if they’re an innovative new approach. Truth is, plenty of guys (including me) have been creating plots like this long before it was being written about. And here’s another fact as long as we’re telling the truth: You can create a food plot using those basic tools that’s every bit as good as one planted with a $10,000 tractor.

Is it more labor-intensive? Sure. But is it inferior? Hardly.

Let’s just break things down into their simplest form.

A food plot is a patch of ground with deer-focused forage sprouting from it. To get that forage, you plant seeds. In order for seeds to grow, they need to be in contact with soil. They need nutrients. They need sunlight. They need water. That’s it. Nothing more. Nothing less.

Thus if you want to create a food plot, you need to ensure that you put your seed in dirt that has enough nutrients, sunlight and moisture for the seed to survive. You can do this using nothing more than a hand rake and sprayer. Pick out your preferred plot location understanding that it will need sunlight, nutrients and moisture. Mix up some glyphosate in your sprayer and kill all the weeds and grasses that currently exist. Spray during the heat of the day and do so when there isn’t any rain in the immediate forecast.

About a week or so later, those weeds and grasses should be yellow and dying. If you missed any areas, hit it again. A week after that, clear the plot. If the grasses and weeds were fairly tall and thick, this is best done by burning it off. But use your head. Fire has a way of getting away from you – trust me on that one. If you can’t burn it, rake it off. A cheap harrow drag pulled by an ATV will do a nice job of removing most of the duff while creating a nice blanket of thatch that is beneficial.

With the plot cleared, plant your seed. As nice as a PTO-driven seeder is, you don’t need one. You don’t even need a hand spreader if you don’t have one. You have two hands, right? Take one hand, grab a handful of seed and throw it. I’ve planted plenty of plots just like that and they grew just fine.

Next, cover the seed. This is critical. Again, the harrow drag can make this easier but you can rake the seed in. I’ve even used a leafy limb from a maple tree to help cover seed. I simply dragged the branch around the plot to cover the seeds with soil and thatch.

Now you do what all food plotters do: You hope for rain.

Fertilizer is almost always a good idea and, again, can be spread using a basic manual spreader or by hand-tossing. Yes, a soil sample can be beneficial and will help you determine exactly what your soil lacks. But an application of 19-19-19 fertilizer will cover the majority of food plot needs. We’re trying to grow deer food here. We’re not farmers looking to maximize yield.

What to plant? To me, that’s a pretty easy decision. I’ll plant whatever I think the deer will eat at the time I intend to hunt them. If I’m going to be bowhunting in October, I’ll go for oats. They’re easy to grow and deer love them. Plant them roughly a month prior to your hunting dates and you’ll be in business. If I’m looking to hunt the area during the rut in November, I’ll opt for a blend of brassicas and winter wheat. Deer will eat the leaves of the brassicas after a few frosts and the wheat will be green well into winter. Late-season hunts can be good here as well because the brassicas (which is food plotter speak for turnips and radishes) provide bulbs for eating after the tops have all been consumed.

That’s all it takes.