The End: Reflections on Deer Season

It comes every deer season. The end. I try to tell myself that I’m ready for it. But I’m not.... 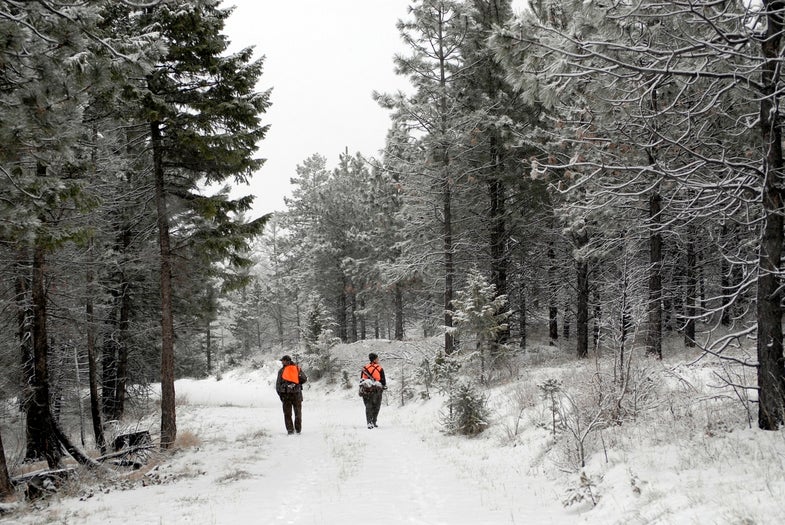 It comes every deer season.

I try to tell myself that I’m ready for it. But I’m not. Not at all.

I’ve always considered the tempo of deer season to be sweetly cruel. I’m not big on early season hunting. I go when I can during those first golden days of October if for no other reason than because I’ve waited far too long for them to arrive.

Yet I hold back a bit early in the season. It’s almost as if the waiting, the anticipation, is so very sweet that I want to savor that for as long as possible. And then comes November.

That’s my time. My favorite. That’s deer hunting to me.

Funny thing about it, though. It never lasts long enough. When those frosty November mornings dawn, I’m there. All in. Loving it. Living it.

I tell myself the rut doesn’t happen overnight. That it has its stages, it ebbs and its flows.

Just when things begin to hit a fever-pitch … it’s done. The rut has passed.

I truly enjoy post-rut, late-season hunts as well – provided the conditions are right and I’m hunting deer that haven’t been pounded into submission by hunting pressure. But even the best December hunting pales in comparison to the frenzied action that’s possible in the prime time of November.

As this is written, I’m at the bitter end. Michigan’s season closes January 1. Ohio is open a fair bit longer but work obligations will prevent me from hunting there often. Ah yes, work.

Truth be told, each deer season is a delicate balance. I try to hunt as much as I possibly can, particularly during November, and hope none of the outlets that I work for figure out just how much that really is…

I’m proud of the effort I put into each season, and a bit ashamed of it as well. So many things fall by the wayside as I try to pack as much deer hunting into one frenzied rush as I can. Things that shouldn’t be ignored like family, friends, obligations. I think they understand.

Most addicts refuse to admit their addiction. I’m not one of them. I accept what I am, at least most of the time. But other times – like now, as the final hours are passing and I reflect back on what I did and didn’t do, what I’ve missed while in the throes of this passion – I do feel some level of shame. Some regret.

Yet here I am. On the cusp of the closure of another season and all I can think about it is making the most of the time that remains. Trying to squeeze every last drop from it. Trying to make magic when I know there is likely no magic left to conjure.

I haven’t laid eyes on a shooter buck in weeks. Sure, I have trail camera images to verify that my outings aren’t completely futile, but the good bucks I have on camera are mostly nocturnal. Still … I go. Hoping that they will make one mistake.

My time spent in the stand is different now. Most deer activity occurs in the first and final hour of daylight. There is no “it could happen at any moment” anticipation. It has become a grind.

This does provide plenty of time for thought. I think about the mistakes I made this season, and about those rare times when the right decisions were made. I think about all I need to do to catch up once the sun slips below the horizon on the season’s final day.

Most of all, I think about the next season. The one that can’t get here soon enough.