How to Hunt a Hot-Then-Cold Whitetail Rut

I really hate to do this, but I’m going to quote Katy Perry in a deer-hunting article. You see, in... 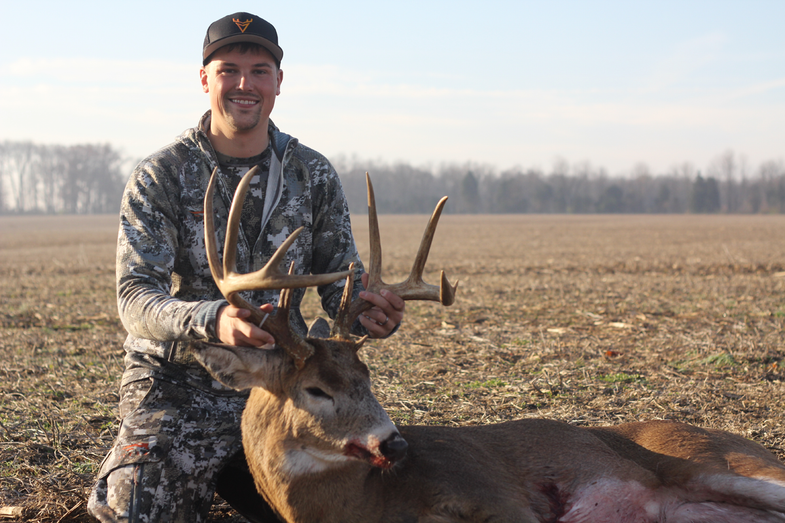 I really hate to do this, but I’m going to quote Katy Perry in a deer-hunting article. You see, in her 2008 pop anthem “Hot N’ Cold,” Katy really nailed the nature of the whitetail rut (unbeknownst to her I’m sure) and I just can’t find a better way to explain it.

If that doesn’t describe the whitetail rut, I don’t know what does. Are you with me?

The rut truly is a rollercoaster. And while we dream all off-season of a rut filled with non-stop chasing, cruising bucks and heavy antlers crashing in the distance – we very rarely ever actually have those experiences. And that’s because the rut isn’t really all it’s cracked up to be. At least not all the time.

On the contrary, the rut is much more of an on-again, off-again affair. Long stretches of monotony punctuated by brief blasts of excitement. And each year, while I know this intellectually, I’m still endlessly frustrated when the doldrums set in.

This was exactly the experience I was having last week, as I’d endured 12 straight sits without an encounter with a shooter buck and hardly any deer at all. Hours and hours of sitting on stand, daylight to dark, watching the wind blown branches and spinning my head endlessly back and forth to investigate a scratching of leaves, only to see the offender was nothing but a squirrel.

Without a doubt the slow sits were starting to wear on me and hopes of filling my Ohio tag during the rut were quickly waning. But I kept trying to remind myself of one important rule about this time of year; anything can happen during the rut and it can all change in a second. I said this to myself, literally, multiple times every day.

And then one afternoon, as if a higher power flipped a switch, it all changed. The rut turned from off to on. From cold to hot. From no to yes.

On the same evening my hunting buddy watched two different mature bucks on one side of the farm chasing does, and on my side, I heard a squirrel.

As I’d done countless times over the past two weeks, I spun my head around to check out the sound, knowing I’d only see a bushy tail in the leaves. But this time, I didn’t. Instead I saw white, I saw bone, I saw antlers. And in a flash of a second, my whole season changed.

So if you’re still hoping to cash in on the rut this year, or if you’re already thinking ahead to the 2016 incarnation, remember this. The rut can be hot and then cold. It can be off and then on. It can be up and then down.

And when you least expect it, it can all change in a second.