Hunting the Rut: When You Want It Just a Little Too Bad

There are a series of famous psychological studies conducted in the 70’s that determined eye witness accounts can be unreliable.... 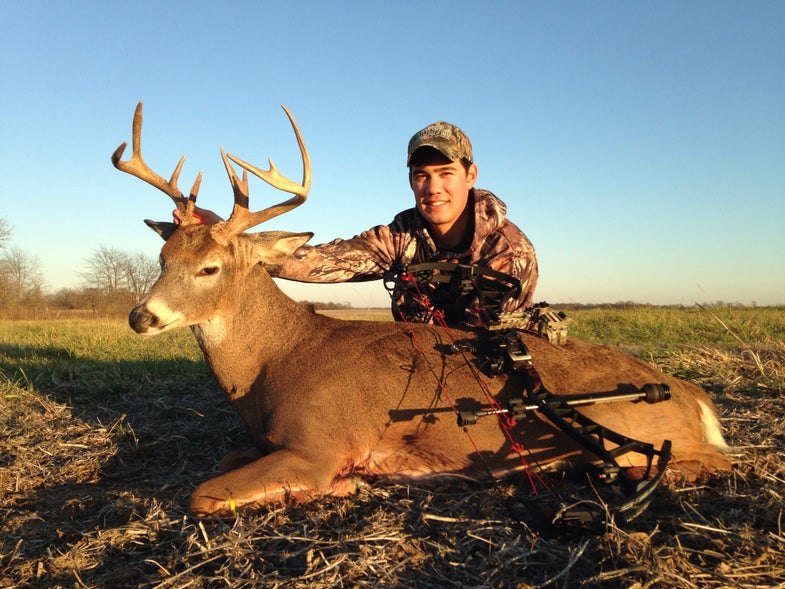 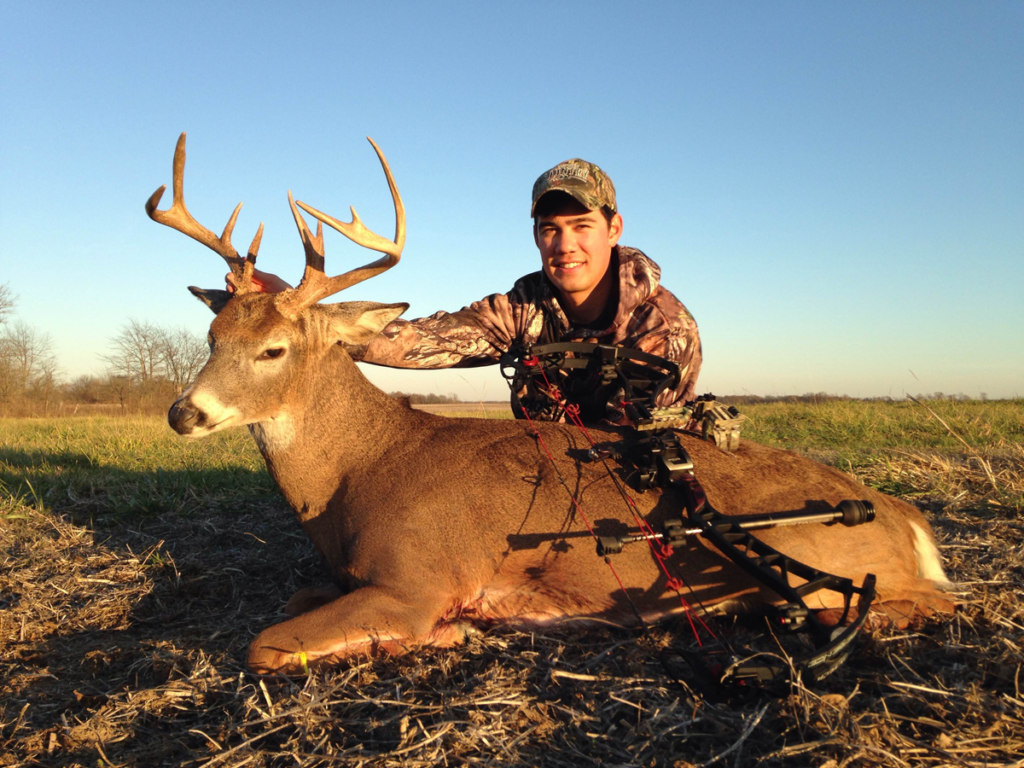 In other words, your interpretation of an event can be easily influenced by outside factors. Well, that’s what I’m sticking to anyway. Here’s what happened to me over the weekend.

I got the opportunity to hunt with Mossy Oak (to wear their new Break-Up Country pattern) at Backwoods Outfitters in eastern Illinois. Right away I could tell that the area was prime country for big deer. Think vast agricultural fields with lots of winding creek bottoms lacing through them. On the first night, our outfitter reviewed the ground rules: wear a safety harness, don’t wander from your stand, don’t shoot a buck under 140. Check. Check. Check.

I had just come from a week of hunting in Saskatchewan (six all-day sits with hardly any deer to watch, let alone a shooter buck) so I was just excited to see some activity.

Before first light I climbed into a stand situated on top of a steep ridge. I was in the middle of a perfect funnel—a strip of timber between a cut field and the ridge’s steep slope.

Just minutes after pulling up my bow, I had deer moving by me: a basket rack 6-point chasing a doe, a borderline shooter 10-point that never came into range, a mature 8-point with a busted off main beam, a young 8-point trying to herd a group of six does and fawns. The action was crazy. I was on the edge of my seat. I knew a shooter buck would step out at any second.

Time flew by, and soon enough it was noon and I had to pee. I started making arrangements, hanging up my bow, finding an empty bottle in my pack, when I heard running through the leaves behind me. I turned to see a doe bolting my way. Behind her was a buck headed up the funnel. I reached for my bow and took a quick look at him through my binocular. I saw wide, heavy antlers and knew instantly that he was a shooter. I drew my bow, stopped the buck with a bleat at about 35 yards, and released. I watched the arrow zip below his belly. But my bleat only brought the buck closer, so I nocked another arrow, drew, and fired again. This time I hit the buck square behind the shoulder and he fell forward before skidding off the top of the ridge.

I sat for awhile to settle down and soak in the moment. Then I texted my guide, tied a piece of orange tape at the point of first blood (which was a promising bright red), and snuck out of the area.

A few minutes later the guide arrived and asked the standard questions. “Did you hit him good? How big was he?”

“Yes, hit him behind the shoulder. I didn’t count points, but he was wide and heavy,” I said. I thought to myself, He’s probably at least 150, the biggest buck I’ve ever killed with a bow.

We went back to camp and waited for two hours before tracking the buck. I gave my eye witness testimony to the other hunters and guides in camp. “Pretty big, wide and heavy, hit behind the shoulder, didn’t count points.”

Finally it was time to recover the deer and after a short tracking job my guide and one of the part-owners of the outfitting business and I found the buck laying at the bottom of the slope. I looked at him through my binocular and noticed his rack was sticking about half as high off the ground as it should have been.

“Maybe he buried his rack into the ground?” I thought.

I walked up on him and pulled his rack from the leaves. I held in my hands the 120-inch rack of a 2.5-year-old buck. At that moment I was happy I had killed a deer and glad I made a good, clean shot, but I also felt bad about breaking one of the few camp rules. Frankly, I was also a little disappointed.

“Congratulations man. We’re going to go get the four wheeler,” the outfitter said as he shook my hand and walked off.

You can’t have mature bucks if hunters shoot 2.5 year olds. And, you can’t run a good deer management program if people don’t play by the rules. I know this, I’ve even written about it on this blog.

Also, I’m all about adjusting expectations for the area you’re hunting. If I had been on public land or my home property in northern Wisconsin, this buck is a shooter and a trophy. However on a tuned up property in Illinois, this was not the kind of buck I should be shooting.

But, you can’t put the arrow back in the bow. The buck was dead and that was that.

As we hauled the deer out, gutted him, and quartered him up, the disappointment and guilt began to fade away. A cooler full of venison solves a lot of problems. What I’ll remember about that hunt is the excitement from the best morning of bowhunting the rut I’ve ever had. And, a “shooter” buck is in the eye of the beholder … even when those eyes are not to be trusted.