Two years of persistence paid off for Jeremy Knight on September 14 when he landed what he calls his buck... 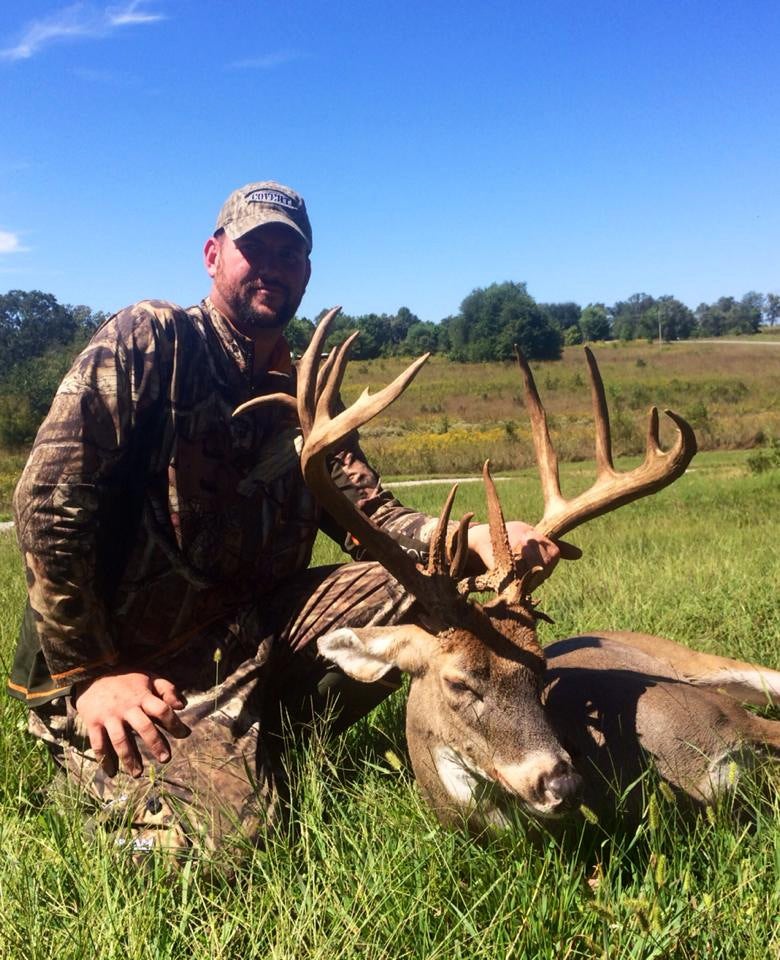 Two years of persistence paid off for Jeremy Knight on September 14 when he landed what he calls his buck of a lifetime.

The 33-year-old Kentuckian first saw this dream buck on a game camera he runs on the farm he hunts in Franklin. “I checked my camera on June 22, 2013, and saw this huge buck in velvet. He was bigger than anything I’d ever seen on the property and looking at him I just said, ‘Wow!’”

Knowing that he’d have to put in some serious work to get a crack at the tobacco-farm monster, Knight set mineral licks throughout the property to keep the big buck—nicknamed Stickers—in the area, and placed game cameras to track the whitetail’s movements.

The work paid off, and by the time bow season rolled around in September, Knight had a good idea of where he should place his ground blind. He was hunting that blind on a cold, rainy morning when he first saw the bruiser in the flesh. Knight watched the deer amble through the woods until he stopped within twenty-five yards of the blind. Knight aimed and released.

“I was just sick to my stomach. Just sick over the thought that I’d missed a once-in-a-lifetime opportunity.”

Disgusted, Knight left the stand and stayed away from the farm for more than a week. “I hoped my not hunting would put the buck at ease,” he said. The plan worked—Knight caught repeated glimpses of the elusive monster on his game cameras after his first encounter.

“Of course, all the pictures were night shots. The deer went completely nocturnal on me.”

Still, Knight hunted twice a day, seven days a week, in an attempt to get another shot—be it archery, muzzleloader, or rifle-at the animal. That never happened, however, and the season ended.

Knight kept the cameras in place during the off-season in an attempt to keep tabs on the buck. The buck came and went from the property sporadically, but remained on the farm for the most part. Until the 2014 season opener, that is.

“Three days before the season starts and I see a coon hunter at night on my game camera. That must have really spooked the deer. I thought for sure he was gone.”

Then buck reappeared during the season on the morning of September 14.

“I was sitting in my ground blind watching a flock of turkeys with my binoculars. I’m watching them and then this just blur of antler appears before me. I drop my binos and see him at about 30 yards.”

Knight grabbed his bow and waited patiently as the buck eased closer. He pulled back when the buck passed behind a tree, and shot when it stepped out.

“I don’t like quartering shots, but I figured it was the only one I was going to get. I hit him at right past the shoulder when he was at about 25 yards.”

Knight watched the deer flee into the woods, then left the stand to let him bed down. He easily found the buck a short time later with the help of two friends. 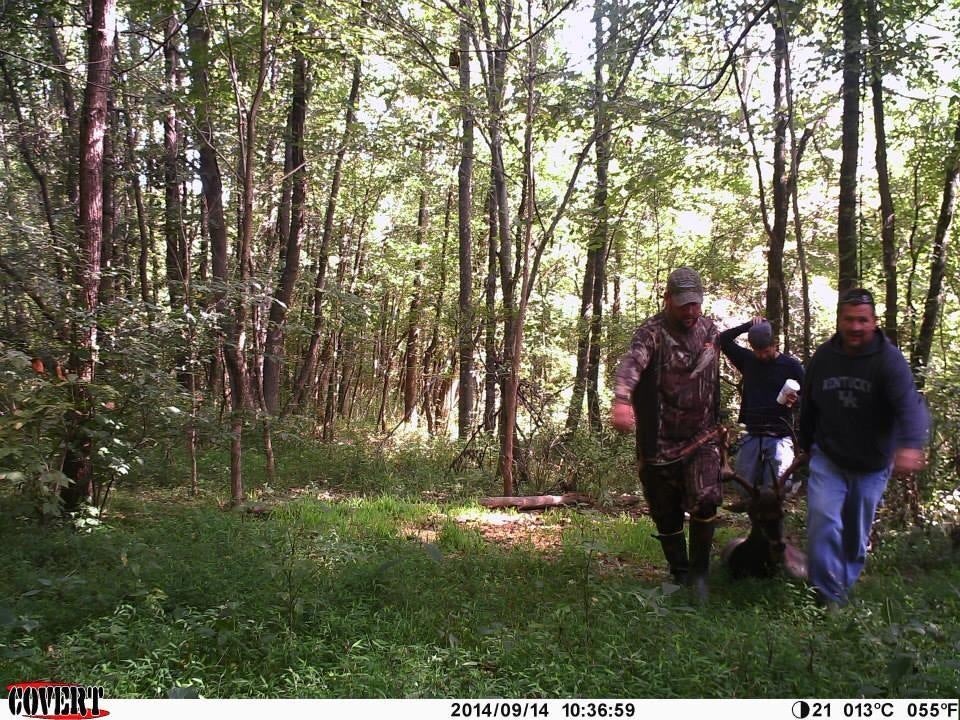 Knight’s monstrous whitetail carried 21 points, 18 of which were scoreable for a total of 190 inches green gross. The brute weighed just under 200 pounds field dressed.

“He is just huge,” Knight said, still excited months later. “Just huge. I just feel humbled that I could harvest him. He’s a real gift.”

To read Knight’s extended story firsthand, check out his Deer of the Year entry here.

Knight’s Kentucky buck is eligible for OL’s Deer of the Year program. Upload a photo of your own 2014/2015 buck for a chance to win great gear from Gerber and land your deer on the cover of Outdoor Life magazine.