It may seem odd but I’ve never really considered myself to be at a major disadvantage when hunting a small... 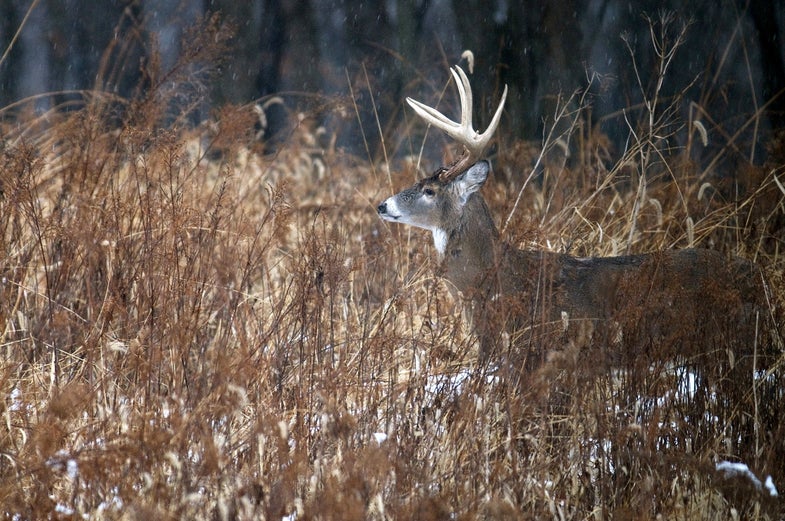 It may seem odd but I’ve never really considered myself to be at a major disadvantage when hunting a small property. In fact, in a lot of ways, I prefer them.

When hunting public lands, I’ve often found smaller parcels to be less heavily hunted – and there’s something to be said about having a limited area of ground to learn and explore.

That said, there is one time of the season when I wish I had a little more ground to explore: And that time is right now.

With the late season starting to play, effective hunting options are more limited. If you have the food – or the travel route to that food – you’re in business. If you don’t, you’re not. End of story.

Of the areas I have access to, I’m fairly fortunate in that I have a little of both. But not much.

My primary hunting areas for the duration of the 2015 season comprise a total of 80 acres.

One is located in southern Michigan, the other in southern Ohio.
Both are very different in composition and layout. But both have the potential to help me continue what has probably been the best season of my life.

In Michigan, I’ll be hunting a 10-acre chunk of cover that has a picked cornfield on three sides of it. That field, which totals about 30 acres, was cut in early November during a period of heavy rain.

I’m not a farmer but I’ve always wondered why rain showers shut down the harvest. Now I know.

When combines run corn that’s wet from rain, the grain heads seem to have some issue with plucking all the grain. That field is littered with half-picked cobs of corn. And the deer love it.

The problem? It’s a small field and the corn is disappearing fast. I’m lucky to have it. But it won’t last long.

In Ohio, I’ll be hunting a 40-acre piece of ground located in a massive expanse of heavy timber. It’s a pretty spot and I love hunting it. But there is nothing about it that’s much different from the several thousand acres of timber surrounding it.
There is no food to speak of outside of natural woody browse, which is pretty sparse at this point and not exactly a prime draw given the thousands of similar acres surrounding it.

Food plots might be an option in the future – and could be insanely attractive – but there’s nothing there now.

In both instances, I never really considered the small acreage to be much of an issue. During the rut, I felt confident in both areas. But now, I admit to wishing I had just a little more room to work and a few more acres with decent food.
But wishing won’t fill my tags. And so I’ll have to work with what I’ve got.
In Michigan, that means hunting hard before the food source is depleted. Those efforts will begin in earnest this week after allowing the property to sit idle for a spell following the heavy hunting pressure of gun season.

In Ohio, I’m relying on a corn feeder – yes, I know that admission will surely earn me some more unsavory comments like those delivered the last time I copped to using bait. But I see no other option. It’s legal. It’s anything but a sure bet. And I’m going to give it a go.

If there is any lesson here, it’s this: Few small parcels can truly serve as season-long hunting locations. Even the best property will have those periods of the season in which it’s just not ideal.

Food is always important. But so is security cover and bedding areas. And unless you own a fairly substantial chunk of ground, it’s pretty hard to provide all three throughout a full season.

On the 17 acres I own, I’m already making plans to increase the amount of available food by enlarging my existing food plots and further diversifying the crops planted to see if I can’t provide a little more food during the late stages of the season.

Can it be done? I’m not sure. But it’ll be fun trying.

The season is winding down. But it’s not over yet. The amount of acres I have to hunt hasn’t grown. But I plan to do the best I can with what I have.
Just like every other phase of the season.