The Magic Food Plot Seed: Why You Should Plant Clover

I’ve made plenty of mistakes when it comes to food plots and overall land management strategies. But there is one... 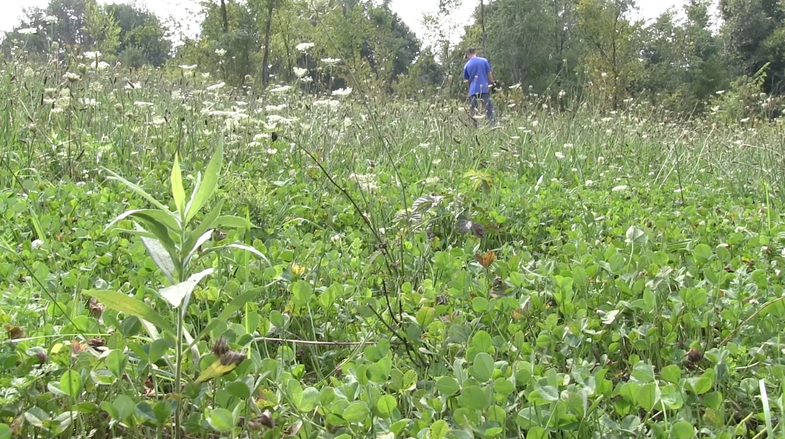 I’ve made plenty of mistakes when it comes to food plots and overall land management strategies. But there is one mistake I’m pretty glad that I made: buying surplus food plot seed at an end-of-season sale.

When I bought the 17 acres I refer to as Noah’s farm, the sale didn’t go through until just a few weeks before bow season opened. That left little time to get any food plots in and even less time to figure out where to get some decent seed.

If you’ve ever shopped for food plot seed late in the summer, you know that the best stuff is usually sold out. Seed is a perishable item. Thus retailers aren’t looking to carry any over to the following year. So when they run out, they’re out.

I was stuck grabbing whatever bags of seed I could find at local outlets and pickings were slim. I ended up with a bag of brassica mix and a bag of clover seed.

I’ve never been much of a fan of brassicas, but it was my only option. Trouble was the bag wasn’t large enough to seed the three plots I intended to establish. So I grabbed the clover thinking it might help fill some of the gaps.

The plots were marginal at best. I had made the mistake of failing to take a soil sample and planting too late for the needy brassica to fully establish.

But the following spring, the clover took off despite the poor soil conditions. Two years later.

I have two small patches from that initial planting that are lush, full and draw deer and turkeys throughout the spring and summer and have become a top destination here as summer gives way to fall.

Going forward, every plot I establish will contain some clover in the blend. Establishing new plots every year gets expensive. And a single planting of clover can last several years. Adding clover to virtually any plot blend will not impact the productivity of that plot in its first year.

In fact, the brassicas and other plants will serve as a cover crop for the young clover.

Best of all, the following year you have your plots already established. If you want to maintain them in clover, it’s a simple process. I have done minimal maintenance on my clover plots. I apply fertilizer twice a year and combat any weed growth with nothing more than a string trimmer.

If you decide to plant something else, the clover serves as a great soil builder when tilled under.

I wish all of my mistakes ended so well.