I almost zipped right past the photo. I was in a rhythm, ripping through the trailcam images on the freshly-pulled... 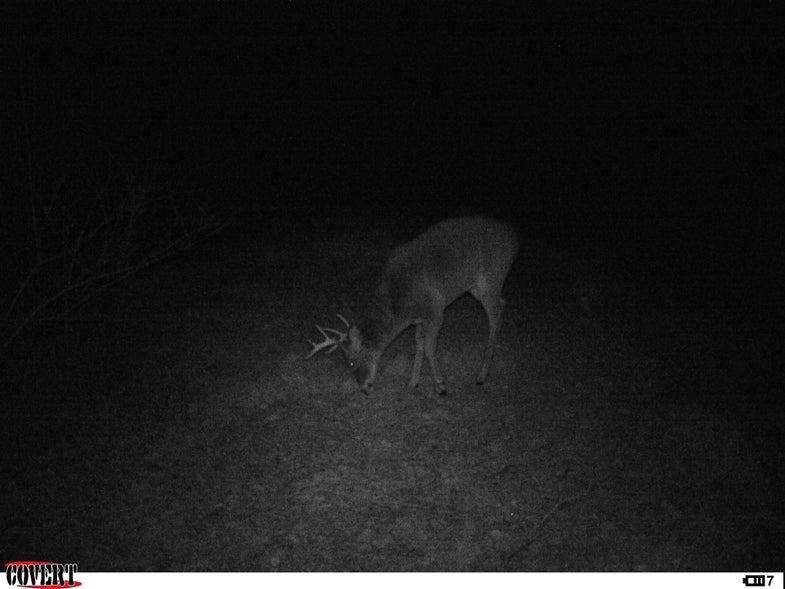 I almost zipped right past the photo.

I was in a rhythm, ripping through the trailcam images on the freshly-pulled SD card, feeling a bit sorry for myself as photo after photo of the same doe group flashed by on the screen.

And there it was: A buck. An actual whitetail with antlers.

The photo was taken in the middle of the night and it appears the buck was passing by the camera with another destination in mind. But at least it was there. And I hope it will return.

I’ll be honest here (and probably ruffle a few feathers in the process) but that also means we’re about halfway through the best part of deer season here.

Michigan’s gun season opens on November 15, which is a Saturday this year. If history repeats itself, the woods will see a major influx of hunting pressure the Saturday prior to the 15th as guys who don’t bowhunt hit the woods to scout and make final preparation for the gun opener.

The deer, smart as they are, don’t understand that this increase in human traffic isn’t an immediate threat. They don’t wait a week to respond. They react quickly and decisively. And that means hunting gets tougher.
Prior to that, however, will be a period of activity fueled by testosterone and the promise of breeding activity.

And that’s what I’m banking on with Noah’s farm.

With just 17 acres to work with, food plots that are less-than-stellar and limited cover, I’ve come to accept the fact that I just don’t have a ton of bucks living on the property. In fact, until getting that lone photo, I wasn’t sure there was a buck even willing to pass through.

But there are does using the ground and they’re fairly regular visitors. Best I can tell, there are at least four adult does and six fawns routinely visiting the food plots and corn feeder.

I’ve not yet hunted the place at all. My plan was to simply allow the deer to get plenty comfortable there and, when the rut begins to crank, slip in with my son Noah and see what shows up.

I’ll be honest – I was hoping there would be a couple of bucks hanging around by now.

I’m not entirely sure why that is. I wasn’t expecting to have a multitude of bucks roaming around but I didn’t think it would take until mid-October before the first buck would show up in the middle of the night.

I was hoping that the habitat enhancements – namely the hinge-cuts – would create enough edge and thick cover to encourage more buck activity. But it hasn’t happened yet. I realize I was probably expecting a bit too much, too soon. But I know there are bucks in the area and by not hunting the place, I was hoping more deer would move in.

It could still happen. Last year, I got photos of five different bucks moving through the piece in broad daylight during gun season. Clearly, they were there to escape the hunting pressure on neighboring properties.
I will continue to monitor the trail cameras, using an ATV to access during midday hours once a week. The cameras are situated on the edges of the property, leaving the interior as close to untouched as I can make it.

The good news? The travel paths I created do seem to be working as every deer on camera has been traveling along one of my man-made routes.

Here’s hoping that first buck is a sign of things to come.