Micro Manager: How To Buy Your Own Hunting Land, Part 2

In the last installment, we talked about the process for turning the dream of land ownership into reality. It starts... 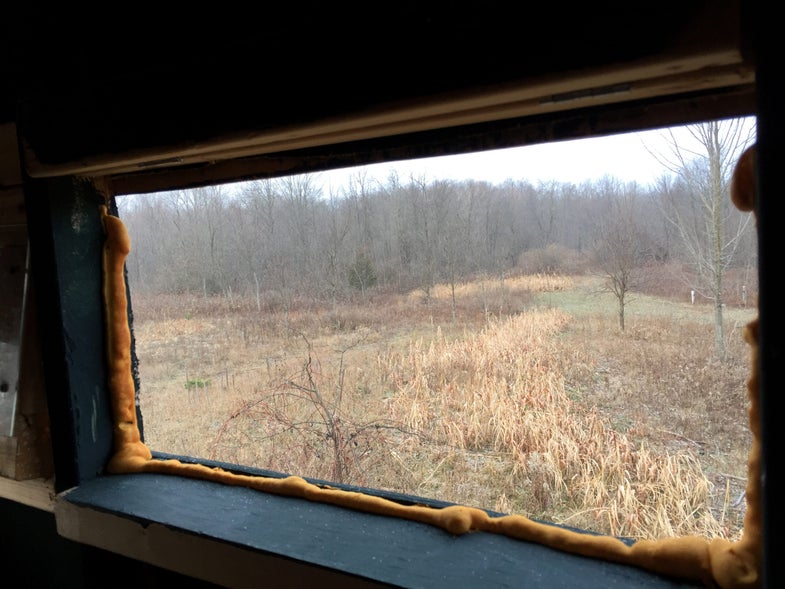 In the last installment, we talked about the process for turning the dream of land ownership into reality.

It starts with a plan followed by a down payment and a lender.

Now that you’re saving some cash for the down payment and are pre-approved for a loan, you need to find some ground. And if you’re budget was as paltry as mine, that might seem like an impossible feat.

I’m going to share some personal information with you: information that I share only because I want to fully illustrate that what I’m writing about can really be done.

My monthly payment on Noah’s farm is less than $100 a month. And that’s with a 15-year mortgage instead of the standard 30-year note.

I bet that got your attention and I can almost hear you thinking: “I can do $100 a month.”

Yeah, you probably can.

But here’s what’s not easy: Finding quality land at that price.

This series is about small parcels of land. And there’s a reason for that: Most hunters that buy hunting land are going to buy a “small” property. The definition of “small” will vary by hunter. To me, anything less than 60 acres is small.

I knew my budget simply wouldn’t allow me to buy much more than 15 to 25 acres. And, even then, I knew I’d have to find a heck of a deal.

Good, tillable ground was out of the question. Too expensive.

Ground with an easy spot to build a house was out as well. Ground that percs (percolation of water through the soil) adds a premium to the per-acre price. Thus I figured I’d need to find ground that wasn’t tillable and was too wet to perc.

But here’s where things get odd: Noah’s Farm not only percs in several places, but it also has about eight acres of tillable ground.

So how the heck did I manage to afford it and get such a low per-acre price?

I was aware of the land that would eventually become Noah’s Farm for several years. Some friends of mine knew the landowner and had hunted it a time or two. I knew the landowner had died a few years ago and figured, at some point, the ground would go up for sale.

I first saw the land posted on a realty website. It was priced much higher than I could afford—or was willing to pay.

I didn’t dismiss the property entirely and kept an eye on the listing. Nearly a year later, the price dropped about 25 percent. And that’s when I started to inquire about it.

That’s a valuable lesson: The longer a property is for sale, the more leverage you will likely have when it comes to price. Just keep in mind that prices drop for a reason, and that reason is usually a lack of demand. With so many hunters looking for land, you have to ask yourself: Why isn’t this piece of ground in demand?

I contacted the listing agent and began to gather information to answer that question.

The seller was motivated. The property was part of an estate, meaning the current owner was an heir. That’s important because when it comes to estates, the heir may not have much interest in the property and just wants to move it and get paid.

Estate auctions are popular for a reason: In a single day that land is sold and the heirs get their cash.

I knew the ground had real potential as hunting land. And I knew it had been on the market for more than a year. I also knew there had to be valid reasons why it hadn’t already been sold.

Turns out there were.

The property was land-locked and access was via an easement over property owned by the city. The realtor informed me that while the land would perc and was thus suitable for building a house on, the city would require the installation of a road engineered to county standards before a house could be built.

And that was precisely why the land wasn’t selling. A road engineered to county specs is a very expensive endeavor. We’re not talking about a driveway here but a county-approved road designed to handle heavy traffic.

As a fourth-generation resident of the area, I knew who had owned the land previously. And as a skeptic, I found the easement situation to sound a bit fishy.

So I started searching for the original easement documentation. The city claimed not to have a copy. The realtor couldn’t provide one either.
Knowing that such documents are required to be kept on file, I scoured decades-old land records and eventually located the original document.

What I found was this: The easement didn’t require any sort of road at all. In fact, the language of the original easement very clearly stated that the landowner and “all heirs and successors” could legally access the property and could construct a “gravel drive.”

I now had in my possession a legal document that not only guaranteed access via the easement, but also stated what type of access was allowed, and it said not a word about an engineered road.

That document clearly hadn’t been reviewed by the current members of the city council nor the realtor selling the land. I have no idea where the notion that an engineered road was required came from but it didn’t really matter. It was a false notion that would provide me a ton of bargaining power.

I’m not a lawyer. Nor am I a realtor.

Thus before assuming my interpretation of the easement was correct, I paid a local attorney $100 to provide his advice on the true meaning of the easement.

When the attorney agreed 100 percent with my assessment, I told my buyer’s agent that I was almost ready to deal. But first I needed his help with some math.

In searching for the easement, I also happened across a recent legal description of the parcel in the township tax records.

The land had long been listed (and taxed) as a 20-acre parcel. But the legal description, which provides measurements of each property bordered, calculated to just under 18 acres.

The realtor confirmed my math.

And I told him it was time to make an offer.

Citing concerns over the easement and the city’s engineered road stipulations (even though I knew those were not legally required) I reduced the per-acre price and calculated that price over 17 acres instead of 20. If the landowner wanted to charge a 20-acre rate, he’d need to pay for a survey. He chose to believe the math.

The end result? I bought the land for roughly 70 percent of the most recent asking price and well less than half of what it had originally listed for 12 months previously.

So what lessons can you take from this as you start your buying process?

A small budget doesn’t necessarily mean you can’t find a great property.
Sure, 17 acres isn’t much land. But it’s more land than I thought I could afford, and it’s a much better mix of habitat than I was expecting. And I spent a fair bit less money than most would believe.

When dealing with a limited budget, you must be willing to search long and hard. You are embarking on an adventure, but it will not be an easy trip.
Question everything. Look for ways to reduce the price or to recoup some of the cost of the land.

Marketable timber is something most would look for (and you should be looking for walnut trees). But what about the option of renting out tillable land to a local farmer? Better yet, consider share-cropping or even custom-farming to increase the potential revenue from the land.

Look for ground that no one seems to want. If it’s good habitat, there is likely a reason it’s been on the market for some time. Perhaps the issues that are causing the land not to sell are the same issues that will allow you to buy the land at a bargain price.

I won’t tell you that there is a plethora of great hunting ground available to fit any budget. There’s not. Ground isn’t cheap and that’s just the way it is.

Small parcels are hard to come by and the demand usually means they’re priced at a premium.

Noah’s Farm has potential. But it took a ton of work, research, and planning just to buy it, and there’s even more work needed to turn it into the type of habitat I’m looking for.

But I’m not afraid to work hard. In a lot of ways, that work is its own reward.

I never thought I’d own hunting land. But I do.

And you can too.