The countdown is darned near finished. I am now within hours of Michigan’s archery opener. Like it or not, time... 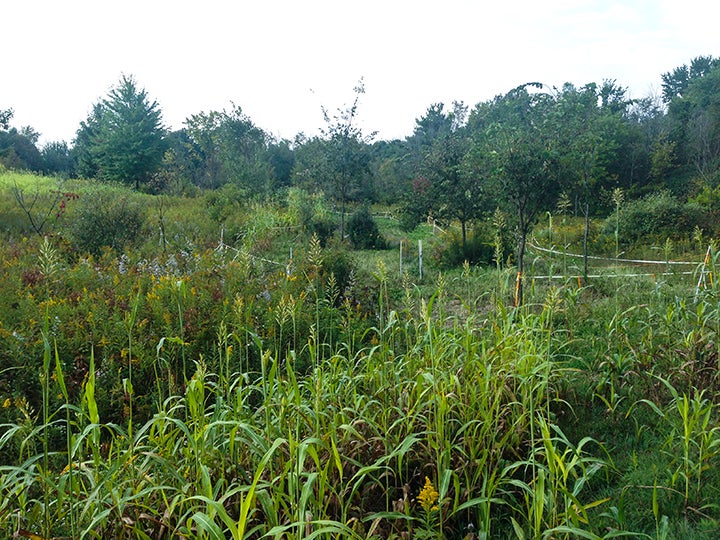 The countdown is darned near finished.

I am now within hours of Michigan’s archery opener. Like it or not, time is up. Pencils down.

Thing is, I wasn’t finished yet. I didn’t get nearly all of the work done on Noah’s Farm that I wanted to get done. I knew going into this that I likely wouldn’t get to everything this first year. But I guess I sort of forgot I had told myself that, because I’m still disappointed.

The plan was fairly simple: Do everything I could do to turn the 17 acres of land I bought last summer into something deer would utilize this fall. I set a budget of $1,500 for the work and laid out a plan while snow still covered the landscape.

The first order of business was habitat enhancement and creation followed closely by improvements for huntability. The goal was to use both in partnership to create a place that whitetails would call home.

The work started as soon as I was able to get back in the field after a brutal winter. Unfortunately, that didn’t happen until mid-April, and even then I was still slogging through remnants snow drifts.

More than 500 trees and shrubs were planted. To date, survival rate of the shrubs is darned near 100 percent. The young conifers, however, did not fare as well. In fact, not a single one appears to have made it through the summer.

The conifers are disappointing, but the high bush cranberry, hazelnut, and silky dogwood shrubs are thriving and on their way to creating the type of landscape transformation I was looking for. But they will be little help this season.

Knowing that it would take several years for the trees and shrubs to create that delicious edge cover I need, I planted several areas of Egyptian wheat and sorghum to provide cover. The results? Not great. I suspect I planted both too heavily, thereby stunting their growth. I planted eight patches of the mix in total, and just two of them grew taller than my waist. Looking at the positive though: One of the patches is nearly 8 feet tall and could serve as a terrific bedding location.

I felled some 30 trees as well, most of them victims of Emerald ash borers. The trees were already dead, but removing them served two additional purposes. First, it made the woodlot much safer—a standing dead ash is an accident waiting to happen. Second, it helped reduce stem counts and encourage new undergrowth.

On that count, I’d say the effort was a success. The woods is much thicker than before and brushy growth is readily apparent.

I also did a fair amount of hinge-cutting in an effort to create more security cover and bedding locations. I even tried my hand at building a few beds like the “experts” do in all of the books and articles I’ve read. Did they work? I have no idea because I’ve not dared to enter the area this close to hutning season.

I was most excited about my food plot program. The plan was to create long, narrow plots that would serve as travel routes. The results thus far have been mixed.

Tracks along the paths seem to indicate that deer are indeed using the routes as intended. Trouble is, there’s very little food along the way. For whatever reason, my plots have not grown as well as hoped. We’ve had no shortage of rainfall here in southern Michigan. But we have had a shortage of warmth. Much of August was unseasonably cool and we’ve already had several overnight temperatures in the 30s, with daytime highs in the 50s.

My plots are patchy and sparse. And I suspect they’re about as good as they’re going to get this fall.
Trail camera results have been less than stellar. In fact, I’ve not yet captured a single buck image. It appears the land holds two doe families, each with a pair of fawns.

Jeff Sturgis, a habitat guru from Wisconsin, told me last fall that he wouldn’t worry too much about how many bucks are hanging around in August or September. He believes firmly in the notion that bucks have very different ranges and preferences in summer than they do in the fall. After spending a couple of hours on my land, he was quick to note that it wasn’t summer-type habitat. It was fall habitat. And that, he said, was a very good thing.

But, still. It is a bit unnerving. A lot of work and effort was spent on Noah’s Farm over the past 8 months. All of which was building up to this: Deer season.

And here it is nearly upon us.

I have not done any work on the land in nearly a month aside from placing tree stands in their final position and monitoring trail cameras. I do know that if I expect a parcel so small to produce action, it needs to be as pressure-free as possible. So the prep work has concluded.

Now, there is nothing left to do but hunt. And observe. And learn.

It’s time to change gears and start to understand how deer use the ground during the fall, how to hunt the place, and whether or not Sturgis’ summer/fall range theory proves true. I’ll let you know what I learn.