Predicting when deer will move has become a cottage industry among deer writers and hunt product manufacturers. Much like day-traders... 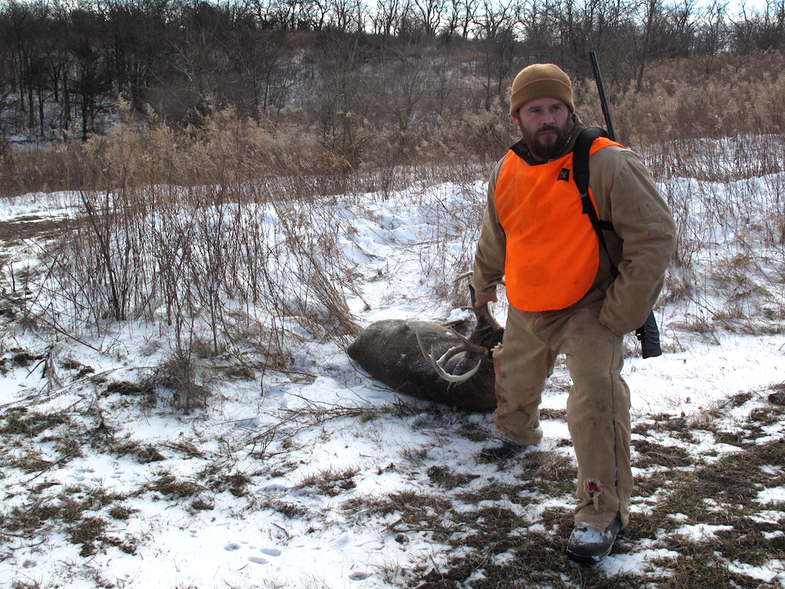 Predicting when deer will move has become a cottage industry among deer writers and hunt product manufacturers. Much like day-traders trying to determine, which way the market is going to move on a given day, predicting when deer are going to move en masse, creating opportunities for hunters in the woods, is one-part science, one-part art, one-part voodoo and several parts just plain luck. Like the old Rubik’s cube, the pieces simply must line-up right.

Throw in the facts that the temperature these past few weeks in much of the country has been downright balmy, the rut is all but over, and deer have been pressured for months, and deer-movement predictions become a crapshoot. But we’re here to help. There is one factor that trumps all others in predicting deer movement, and that is sudden changes in the weather—particularly rapidly plummeting temperatures and the approach of cold, driving rains; high winds and even better, snow.

Several years back I finally got the chance to hunt Iowa. I was there during the December muzzleloader hunt and as fate would have it, the forecast for my first day in the woods called for high winds, single-digit temperatures and possibly a half-foot or more of snow. My first thought was what a crappy day to be outside…and believe me, it was. Back home in Virginia, a windy day typically meant few deer sightings. But this storm was moving in fast and was going to affect the weather patterns for several days.

My guide, Aaron Volkmar was elated.

“It’s going to be a good day,” he predicted. As the farmhouse that served as camp vibrated in the gale (winds were already gusting as high as 40 mph), I was thinking it was a good day to just bag it and hang out in camp until things improved. Not only was I not going to sit this one out, but Volkmar planned on me sitting out there all day. And as it turned out, he was absolutely right. With temperatures plummeting and snow setting in with a fury, it didn’t matter that there were gale-force winds, deer were on the move, all day long.

The all-day sit wouldn’t have been possible in a standard treestand, however, and Volkmar had numerous solid-wall shooting houses with sliding windows to keep the elements out. To battle the single digit chill, I was set up with a small portable heater and a Heater Body Suit, the latter which virtually made the portable heater unnecessary. Before the day was up, I saw upward of 30 to 40 deer, several of them in the 140-inch to 150-inch range.

Regional Weather
But it doesn’t have to be driving snow and body-freezing temperatures that kick deer into overdrive. Down South where the white stuff is seldom seen, a serious line of rainstorms moving in with temperatures dropping 10 to 20 degrees from the 60s to the 40s can have the same effect. I’ve seen it happen time and again in both South Carolina and Virginia. Incoming storms that are predicted to cause a mess for two to three days are often best. Deer will sense it and feed like crazy before the weather sets in and then again as the nasty weather clears out. Though in my experience, movement on the backside of a front is rarely as dramatically observed as it is on the front side.

Either way, don’t discount fast moving blips in the weather pattern that causes a sudden drop in temperatures in a single afternoon or night as these can put deer moving during midday hours.

The key to benefiting from sudden changes in weather patterns is first, being able to identify when they will occur, and secondly, having the ability to take off from work and get into a stand. Become a student of the weather at this time of year, installing a good weather app such as Accuweather, The Weather Channel, Storm by Weather Underground or a host of others and checking it daily. Then work out an arrangement with your boss (unless you are the boss) and maybe even with the spouse, to be able to make up hours or take off saved up time with little notice. Keep your gear packed and ready in a bag so when these fronts move through, you are ready to deploy and get in a stand as quickly as possible. Oh, and don’t forget to include a rain suit and maybe even an extra set of base layers. You just may need them.