An Open Letter to a Trespasser

This is an open letter to a trespassing thief. You know who you are. And rest assured that I’ll soon... 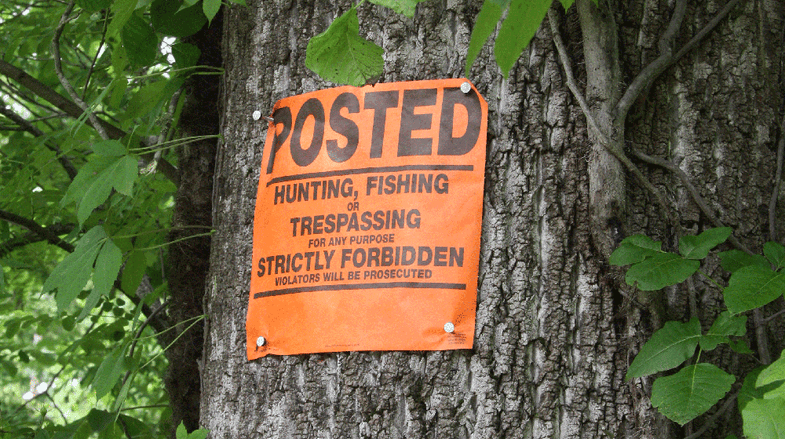 This is an open letter to a trespassing thief. You know who you are. And rest assured that I’ll soon know as well.

I have no idea under what conditions you deemed it acceptable to ignore the two dozen “No Trespassing” signs that are located around the perimeter of my property.

I have no idea what thought process led to the decision to remove SD cards from trail cameras you don’t own and then shut them off so that no further physical evidence of your illegal activities could be recorded.

In retelling this discovery, which occurred when I was checking cameras on my 17 acres last week, my wife said I should be thankful that you didn’t steal the cameras as well.

I disagree. If there is any thanks to be given, it’s that I wasn’t there when you did it. Things likely would have gotten a bit messy.

Here’s what you know: You know that the property you entered looks pretty good. You know that it’s located in an area that deer use to escape when the hunting pressure cranks up. And you know it’s land you neither own nor have permission to be on.

I put away about $50 every week for roughly five years in hopes of saving up enough cash to make a down payment on a piece of hunting land. Owning my own land is a dream I’ve had for much longer than five years.

I’m not sure how much math you can do, but $50 a week for five years is a pretty decent chunk of change. Problem is I had to dip into the “land fund” often for more important things – like paying bills, making sure my wife and kids were taken care of. Food. Clothing.

That 17-acre piece of ground isn’t much. But it’s mine. And I worked hard for it.

And once it was bought, the real work began.

My son and I planted roughly 300 trees and shrubs that first summer. I’m the one who turned the ground to plant the corn and food plots – and, no, that wasn’t cheap either.

I’ve cut and removed about 40 dead ash trees. It wasn’t easy. But it needed to be done.

I’ve tried to maintain an ultra-low profile so that deer would use the property when others – maybe you – were hunting tight to the property lines, ignoring the wind direction and walking through the best cover to get to hunting locations.

And those cards that you stole? That was information I was using so that I could put my son in the very best position to tag a buck this bow season.

He’s a freshman in high school. He’s active in sports and his time is very, very limited. I don’t hunt the property. I maintain it, monitor it and pay for it. I wanted a place for him to hunt where he felt totally in control, free of any distractions.

Since that day my son has been extremely reluctant to hunt anywhere he thinks other hunters might be. Which is why he loves hunting the land we own. Because no one else can be there. It’s his place.

Until you, Mr. Trespasser, took that from him.

You can keep the SD cards, but hope we never meet in person.