Summer may be winding down but there aremore vacation days yet to burn, plenty of grass still to cut and... 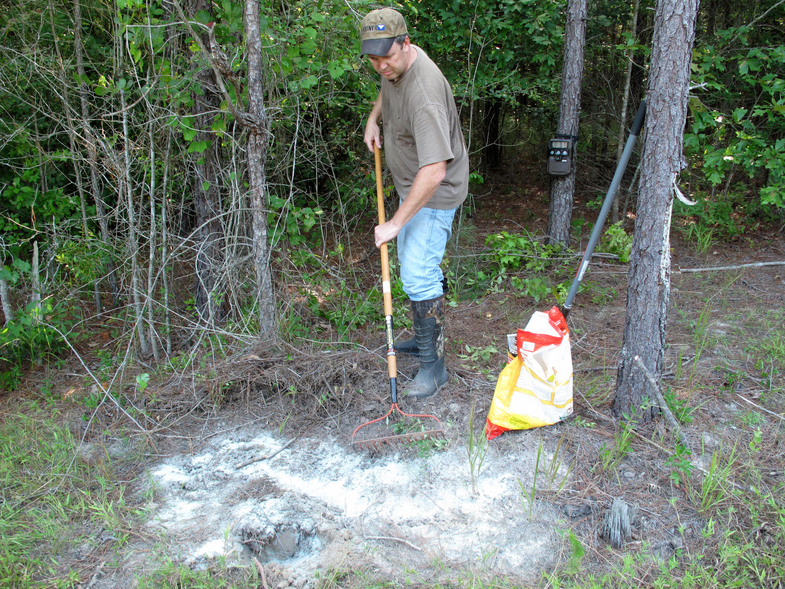 Summer may be winding down but there aremore vacation days yet to burn, plenty of grass still to cut and a few more days left to hang at the beach or lake. In the woods, the heat is severe, the bugs vicious and the whitetail’s antlers still in velvet. Hunting may be the furthest thing from your mind. But it shouldn’t be.

In fact, this nation’s earliest deer season opened already—August 15 to be exact—in the low country of South Carolina, with other seasons, mostly with bow, rolling into the national mix in mid to late September. Virtually every state with a whitetail population will have some sort of season in full swing—either archery, muzzleloader or even firearm—at some point in October. That means if you haven’t done anything to get ready for the coming season, you’re already late.

But don’t despair. The days are still long and you can still start getting yourself in position to score big come opening day. But you need to put your butt in gear and work smart. Just like a high-performing athlete training months before his first game, this is our preseason. Time to get our minds, our gear and our land in shape. Keep the following in mind as you begin Deer Season 2015-16.

1. Gear Check
When last season came to an end, I cleaned my shotguns and clothing and tossed most of my stuff in a pile or in bins in the back of my garage with the full intention of getting it all organized in a week or two. Turkey season came and went with much the same intentions and results. Last month, I finally set aside a day to go through everything in the garage. Start with camo clothing and check it to make sure it still fits properly, isn’t too faded or worn and isn’t missing important buttons or fasteners. Replace anything that needs replacing. Remember to go through base layers as well as outer layers and rain gear. Run water down the outside of rain gear and make sure it is still keeping moisture out.

Make sure laces on boots aren’t frayed or broken and fill the tub and put rubber or waterproof boots on and stand in the water, rocking your feet back and forth to simulate the flexing they will experience when being walked in. Make sure there are no leaks. Put waders on and slip into a pool or lake. Better to find leaks now than in the winter when water temps are in the 40s or worse. Check grunt tubes and other calls to ensure reeds and other sound-producing parts or surfaces are still delivering the same tone they did when new. If they aren’t, replace them.

Go through your ammo and make sure loose rounds are properly placed with similar rounds and properly identified. If you’re not sure, don’t use them. Also, be sure cartridges or the brass on slugs is not corroding or damaged in any way. Take your hunting knife and sharpen it. Now is also a good time to go ahead and replace batteries in flashlights, radios, GPS units and especially trail cameras. Which leads us to…

2. Build Your Surveillance Network Now
…trail cameras. These always-vigilant sentinels of the deer woods are working hard when you have to sleep or be at your job or school. Some even send photos via email. Whether you have high-tech retrieval methods available or simply have to visit the camera every week or two to download images, cameras should be up now.

So how many do you need? Depending on the size of the property you hunt, I recommend having at least three to four cameras. I know guys who want one for every 40 to 50 acres of land they hunt or on every plot they plant. That’s awesome if you can afford it. There are plenty of pricey units out there, but don’t shy away from lower priced units from names like Wildgame Innovations, Primos, Bushnell and Moultrie. They all make great units. One model from Wildgame Innovations that retailed for a mere $80 six years ago has outlasted other units I had from companies that charged much more.

Hang cams in places that deer are likely to travel, especially along field corners or holes in fences bordering crop fields where deer will feed through late September or even early October. If legal, put out a salt block, bait pile or create a mineral lick site and set a cam on that to draw deer in where they can virtually deliver you their selfies creating the best census you can garner of your current deer population. Check cameras during the middle of the day or even the middle of the night to avoid spooking animals at times of day when they are likely to be on the move.

3. Be There or Be Square
Even with trail cameras at work 24/7, they is no substitute for boots-on-the-ground scouting; especially when it comes to determining new stand locations and checking existing ones. With the long, lazy days of summer still in full force, deer in most areas are drifting to the agriculture by early evening, so focus your scouting energies in the afternoons. To do much scouting in the mornings only increases the risk that you’ll bust deer since many will be bedded right near fields and done feeding by first light.

Grab a good optic, I like a mid-sized 10X, slip undetected into a good vantage point such as a blind or stand on a field edge that is across from where you hope to hunt, and watch what comes and goes. Note where and when deer appear, jotting it down in a notebook or on your smartphone so you can develop a record. Video or photograph them with a quality camera to begin building your seasonal hit list. Bucks are still traveling in groups right now, so if you get a group of decent boys coming regularly to a field, identify the best one and get on that bunch with the bow opener in hopes they are still hanging in the area.

Food dominates a whitetail’s thought processes right now, and at no time in the year are they on a more consistent pattern of movement. Identify a few key entrance points and slip in quietly at midday—wearing rubber boots and going scent-free to avoid leaving evidence of your presence—and hang a stand about 20 to 30 yards off their trail where you can access the spot quickly and quietly. Be sure prevailing winds won’t blow your scent toward approaching deer and you should be ready come that first day you are allowed to tote a bow or firearm afield.