Planting a Corn Plot and Proving the Doubters Wrong

There’s always a special feeling that accompanies the completion of a successful project. And, even more so when that success... 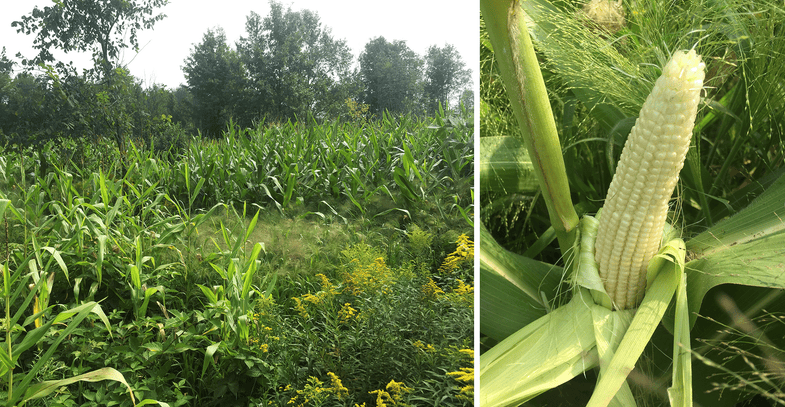 There’s always a special feeling that accompanies the completion of a successful project. And, even more so when that success was something most insisted wasn’t possible.

I have a cornfield on the 17 acres I own — a cornfield that boasts a jungle of stalks and thousands of developing ears.

A few months back, I revealed my plan to try and establish a corn plot. It was met with a mix of laughter, disbelief and plenty of “you can’t do that because” statements.

A soil test revealed PH levels far below those deemed necessary to grow corn, plus mineral and organic matter readings far from ideal. They guy at the local elevator actually laughed when I told him I intended to plant corn in a few weeks when picking up the test results.

I had more than a few “experts” inform me that establishing a small corn plot simply wouldn’t produce desirable results. If the corn grew at all, they said, it would be stunted in growth. No ears would develop they claimed. And the local deer, they insisted, would decimate the crop long before it reached maturity if it wasn’t fenced off.
Wrong.
Wrong.
Wrong.

I won’t say it was easy because it wasn’t. But it wasn’t as hard as one might expect.

I started by spraying and tilling in April. I then hauled roughly a ton of ag lime in my utility trailer (don’t laugh too hard – it worked) and spread it by the shovel full. I followed that up with about 500 pounds of pelletized lime and 200 pounds of urea to boost nitrogen levels. Then I grabbed a bag of non-GMO seed corn from a local dealer and broadcast it with a tow-behind spreader and my ATV. Yes, I broadcast the corn. And, yes, everyone told me that would be a failure. Once the corn started to grow, I hit it again with another 200 pounds of urea.

Mother Nature did the rest with timely rains and just enough warm weather to get things going.

The corn plot is exactly what I wanted it to be: It’s filled with weeds, creating an exceptional patch of cover. It’s mostly head-high and each stalk is packed with ears. Many are undersized. But the majority aren’t. And I’m not worried about yield anyway. I was looking for a great combination of cover and grain.
And that’s exactly what I’ve got.

The corn plot adds a dimension of cover the property lacked prior. It will make every other habitat improvement that much better. I can enter stand locations without being seen. I’ve created additional bedding cover and added a preferred food source. The wet summer also helped the shrubs and weeds to grow thicker and fuller than ever. In short, the entire property is thick, nasty and oh-so-sweet.

Best of all – my trail cameras are showing many more bucks using the area than when I bought the place three years ago. There’s still a bit of preseason work to be done. But this just might be the year that things start to come together there.

If nothing else, I can watch over the corn that grew. And mumble those four beautiful words as I do it: “I told you so.”