Postseason: Taking Stock of Deer Season and Looking Forward to the Next 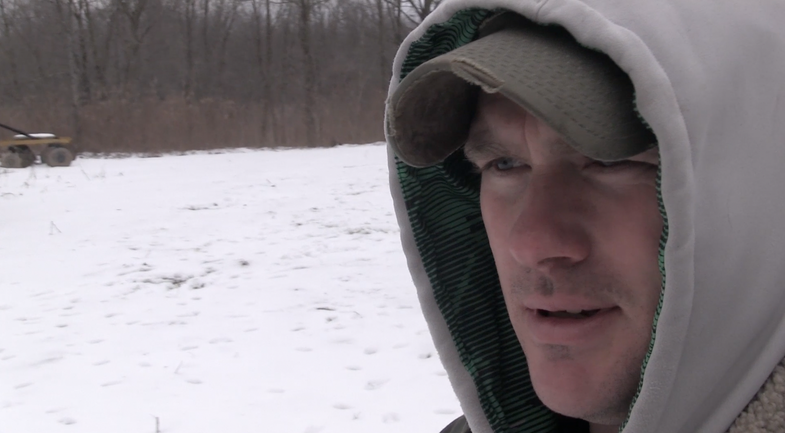 Which means I just spent a week in Las Vegas. Which means I’m not particularly enjoying myself.

I don’t mean to sound ungrateful. I consider myself very lucky to have the job that I have. Attending the annual SHOT Show in Vegas is part of that job.

But Vegas isn’t my kind of place.

And the timing of the visit could be better.

Just as I was boarding the plane, I received a text message from a buddy that read: We’re fishing.

Which meant the ice had finally firmed up and the ice-fishing season, though delayed, was under way.

I also smelled faintly (though judging by the way the lady in the seat next to me kept leaning into the aisle perhaps not as faintly as I thought) of chainsaw exhaust.

I spent a couple of hours prior to departing in the woods, cutting dead ash trees for firewood and hinging live trees.

With deer season over, it was time to get back to work.

The first order of business was to attempt to reduce the raccoon population on the 17 acres I own. Last summer I planted a couple of acres of corn in a grand experiment to see if the crop would add both food and cover to the property.

It did just that.

Until the coons arrived. Those varmints ate every single ear of corn before mid-October. And I vowed then to do something about it.

My plan is to trap them using dogproof traps. But as you can see from the video, I have a lot to learn.

The second objective is to continue to enhance the habitat as best I can. The best tool for the job? A chainsaw.

I’ve removed several dozen dead ash trees since buying the property three years ago. I have at least that many left to do get to. But I’m also hinge-cutting and removing live trees where necessary. The goal is to allow more sunlight to penetrate the wooded areas.

Thick cover holds deer. And I need more of both.

It’s not easy work. But I enjoy it.

Now is an ideal time for habitat work and postseason learning. Deer sign is readily visible and snow cover makes it much easier to determine how deer use any terrain features.

There’s plenty to learn in the offseason. I plan to use the time wisely.

Just as soon as I get back home.