Pressure Management Is Paying Off

I will admit to be being a tad bit territorial. I don’t like solicitors on my porch and it’s not... 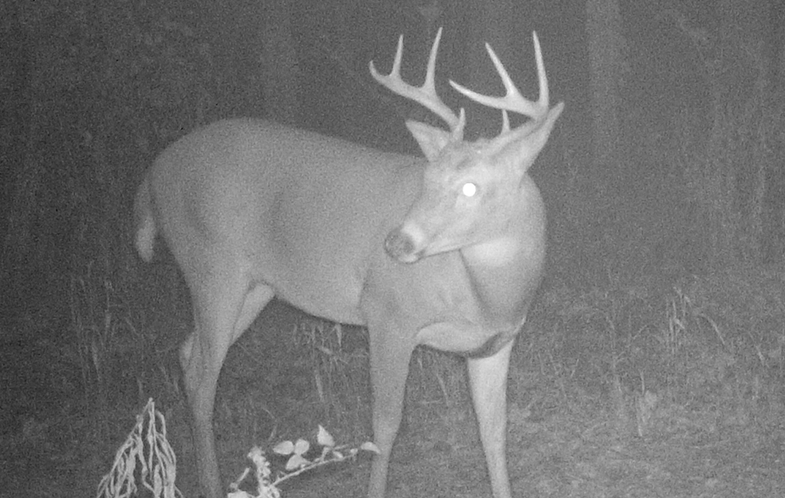 I will admit to be being a tad bit territorial.

I don’t like solicitors on my porch and it’s not just because I have no need for a magical vacuum cleaner. I simply don’t like uninvited intrusions into my space.

I will also admit that one of the first things I did after buying Noah’s farm was line the perimeter with “No Trespassing” signs. I knew a bit about the folks hunting on neighboring lands and felt it would be necessary to make it amply clear that the land I had bought was no longer part of their free-rein domain. I bought the land to hunt it, to enjoy the feeling that comes from knowing it is “mine” and mine alone.

Does that make me greedy? Maybe it does. But I was taught to respect property lines and those who own the land. Hanging a stand on property I didn’t have permission to hunt was something I’d never even consider. But that’s just me.

I did not hunt Noah’s Farm last year during Michigan’s gun season, opting instead to allow the area to serve as a pressure-free sanctuary to the extent possible given that it’s just 17 acres in size.

I didn’t step foot on the property until after gun season had ended. That’s when I found the ladder stand. Someone had put it up just prior to the start of gun season. It was placed roughly 30 yards inside the boundary with two of my “posted” signs readily visible from its location.

While I had done all I could to try and manage the pressure on my own ground, someone decided the place simply looked too good not to hunt it. And so they did.

I left the illegal stand there all summer and spring. About a week before bow season opened, I checked the area and found it had been retrieved.

Was I mad? Oh yes. Not because I wanted to keep the stand but because someone had violated my space – twice.

In hindsight, I’m not really sure what I expected. It’s a small piece of ground and the neighboring lands, like most of Michigan, are heavily-hunted. Some of those folks care nothing about boundaries, about the amount of effort that went into something. They’d rather benefit from the work of others than do the work themselves.

But it doesn’t make it any easier to swallow.

What I have to keep reminding myself is this: Deer, particularly older bucks, will respond to hunting pressure. They will respond to sloppy efforts. In the end, my work will be rewarded.

Hanging a ladder stand near a primary bedding area a couple of days before the season opens? Yeah, that’ll likely move a buck or two.

And it seems to be doing just that.

If you’ve been a regular follower of the Micro Manager series, you know that I’ve had little success at capturing images of bucks on my trail cameras. In fact, the first buck showed up just a week or so ago.

I just checked the cameras again today at lunch – and four different bucks are now present, including a pretty solid 8-pointer that my son, Noah, would love to get a crack at. I believe the buck is a 2-year-old. I also have a single photo of a 10-point but I can’t see enough of the buck to age it.

Thus far the vast majority of the bucks are still moving under cover of darkness. But they are showing up and I suspect it’s because they’re checking the does living on my land and also avoiding the hunting pressure that’s occurred throughout the season on neighboring lands.

One buck, however, has been a regular daylight visitor. And that deer serves as proof positive that there is substantial hunting pressure in the neighborhood. It also proves that when threatened, those bucks will use Noah’s Farm as a means of escape.

The buck is just a yearling with a spindly 6-point rack. Apparently he was deemed old enough by someone because he has what appears to be an arrow ran through him. The shot appears to have hit high, entering on the left side of the deer before exiting on the right.

I can not tell whether the shot passed clean through or whether half of the arrow is still lodged in the buck.

Regardless, the deer seems to be alright. He’s been on camera several times and doesn’t appear to be in dire straits.

With the rut just about to pop, I’m curious to see just how many more bucks show up. And with gun season right around the corner, I’m just as curious to see how many tree stands find their way across the fence line.