Q&A: What’s Next for the National Deer Alliance?

At the Quality Deer Management Association’s 14th annual national convention in Athens, Ga., during the last weekend in July, the... 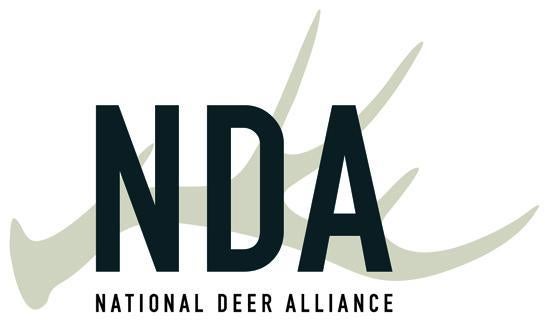 At the Quality Deer Management Association’s 14th annual national convention in Athens, Ga., during the last weekend in July, the creation of what promises to be the largest hunting group in the world was announced. It’s called the National Deer Alliance, and it aims to advocate for every deer hunter in the U.S. This sounds lofty, though, and maybe a little unattainable. So Outdoor Life sat down with Craig Dougherty, an OL contributor and the NDA’s newly appointed Executive Director, to get some insight and details about the goals and function of the new group.

OUTDOOR LIFE: Why a national deer organization? We already have conservation groups for most huntable species.
CRAIG DOUGHERTY: Things are not universally well in our deer world. We’ve seen some real problems with both whitetails and mule deer, and the NDA is committed to addressing those problems and working toward a solution.

OL: But what if deer population declines are just a natural correction from an artificially high population?
CD: In some places, the decline has been needed and planned, but in other places, it’s been drastic. The first real crisis we’ve had in the deer world. One in four states have seen a 20 percent decline or more in the past decade. Iowa has seen a 49 percent reduction in deer in the last decade. In all, we’ve lost 5 million whitetails.

OL: What can the NDA do about these big, systemic issues, like population declines?
CD: The old way of thinking was that we could knock the snot out of deer populations and they’d bounce back. But we’re seeing that they’re not bouncing back. There are big problems: CWD, EHD, habitat loss, predators, lack of funding and deer management at state game agencies. We want to bring our resources to help address each of these issues individually and collectively.

OL: The NDA isn’t concerned only with whitetails, right?
CD: That’s right. The Mule Deer Foundation is a charter member of the NDA and, and we want to be part of helping solve some serious problems with mule deer. All the things that we’re talking about with whitetails—loss of habitat, disease, political issues, predation—are also happening with mule deer.

OL: What are some of the issues you envision confronting?
CD: We want our members to direct a lot of our priorities, but there are a few issues that affect hunting and deer management that I think need immediate attention. One is better funding for state game agencies, and more staff dedicated to deer management. We are very interested in working with state agencies, not against them. That’s not to say that we are going to always agree with them. For instance, I can see us getting involved and working with agencies to simplify hunting regulations. It’s gotten so that you need a law degree just to buy a license and hunt legally. That’s one of those issues that affects all hunters, no matter where they live.

OL: How about other, more divisive issues, like captive deer operations and baiting regulations?
CD: We aren’t going to have a blanket policy about which issues are good or bad. We will be developing a best-practices manual that details how best to approach issues. Not all baiting, for instance, is bad. It depends how you do it, how you distribute baits, and how often you hunt them. I look at the value of the NDA as being an organized voice for deer hunters. Decisions affecting deer and hunting are being made every day. Call me old-fashioned, but I think deer hunters need a seat at the tables where those conversations are taking place. Maybe a very big seat.

OL: The NDA grew out of a call for a national advocacy organization at the QDMA’s Whitetail Summit earlier this year. How involved is the QDMA in the NDA?
CD: We share a lot of the same issues, and right now we’re sharing some of the same staff. I resigned from the QDMA board to become executive director of the NDA. But we are a separate, stand-alone organization. We’re organized as a 501(c)(4), which means we can raise money to lobby and advocate. We’ll use the same science-based decision making process, but the NDA will have a separate board of directors and mission.

OL: We’ve discussed that the NDA is free, and that joining is as simple as visiting www.nationaldeeralliance.com. But what’s next?
CD: A lot of things are happening. We are establishing our boards, we are working on the issues and initiatives we want to pursue, and we are working on different levels of membership. As I said, we are an advocacy organization, and to advocate you need money. The NDA’s basic membership will always be free, but I can envision different levels of paid memberships that will offer premiums and allow us to do the advocacy work we need to do.

OL: How about events?
CD: You already know that the NDA came out of the first National Whitetail Summit. That was a session that identified issues in the deer world. Our next summit is going to happen sooner than we envisioned, and it will be devoted to solving some of the issues. It’s May 7-9, 2015, in Louisville, Kentucky, and all NDA members are invited. You’ll be hearing a lot more about it, especially reaching out to NDA members for their ideas about issues, solutions, and really how they want this group to function.

OL: You have mentioned the economic impact of deer hunting to the economy. But can you break that down into a context everybody can relate to?
CD: Sure. 11 percent. You pay 11 percent on top of the retail price of every deer gun you buy. Every deer bow you shoot. Every box of deer bullets. That’s the excise tax that we pay to help manage wildlife. We are happy to pay it. We understand the value that it provides us—in the form of huntable wildlife, places to hunt and fish, game wardens, and biologists. But for that 11 percent, hunters deserve a place at the table and a voice in the discussion. That’s why you should join. To make our place and our voice the biggest in the conversation.

To correct the last point, the 11% excise tax is paid by the manufacturer not the end user. Once the manufacturer pays it it is factored into the cost of making this product and will raise the price out the manufacturer’s door. The product will then be marked up by the various channels of distribution and will always increase the price paid at retail by the person buying the bow, gun, ammo etc. No matter who pays it the tax, end user (huner) is still paying a good portion of the hunting freight. —Craig Dougherty