Last week I highlighted three stand locations on the Illinois farm I’m planning to hunt with Aaron Milliken of Whitetail... 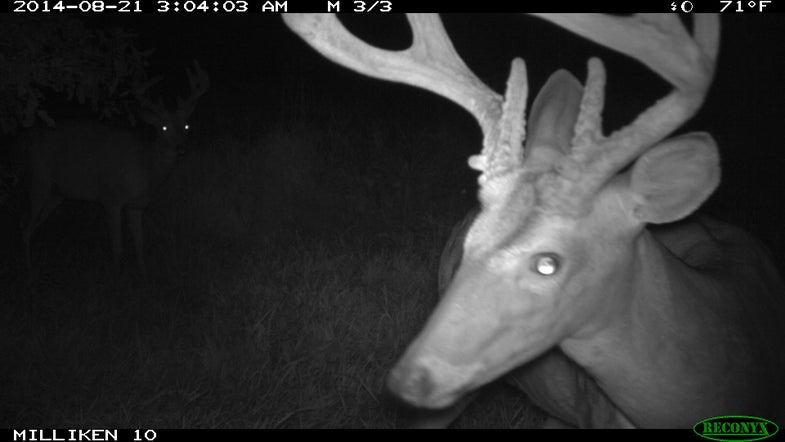 So we also got a little more creative with our selection too. Now is a good time to set up some backup stands for hunts later in the season. If you have topography and habitat similar to the three setups below, consider hanging a stand there for your “Plan B” (and C, and D).

1) Stand by the Road

Big bucks don’t like roads. So this spot, which is only about 100 yards north of a dirt road and only about 300 yards from the barn and house, might seem like an odd choice. But the field this stand overlooks has plenty of fingers and bends a buck can hide in. There’s also decent screening cover between the field and the road that will keep deer out of sight from potential truck hunters (ie poachers). But, the most attractive thing about this setup is that we should be able to leave the house, sneak along the pond bank and crawl up into the stand (which is set high, like nose-bleed high, in a pin oak) without busting deer out of the field. This will come into play later in the season when deer could be feeding all day and all night.

That green open-looking area to the west is all tall grass and thicket. The wooded area to the east consists of thick, timbered ridges, and it’s an area we’re considering a sanctuary. Both spots have ideal bedding cover, but there’s not much food in either area. However, there’s a worn-out deer trail south of our stand site that runs from the grass field up the ridge into the timber. We hung a camera here, and if rutting bucks are regularly cruising this trail, and we’ve got a south wind, this is probably where I’ll be sitting in the mornings.

3) Roll of the Dice Stand

This stand is just to the north of a big trail that runs into the food plot to the south. Deer come in from the bedding area in the east and north. The set is unlikely because it’s so hard to get into while maintaining any sort of scent control. With an east or north wind, my scent would be blowing straight into the food plot. A west wind will send human stink directly into the bedding area. And, a south wind will probably work for hunting, but will blow toward deer while I approach the stand. The perfect wind for this setup would be from the southeast, but that’s pretty rare in this part of the state in November. Still, we might roll the dice and hunt it with a south wind if deer are hitting the big food plot by the first week of November. I’ve got a limited amount of time to hunt (you probably do too). So, I might have to take some risks if things aren’t going as planned as the season winds down.