The stars have aligned, the pieces have fallen into place, the trap is set. And me? I’m just counting down... 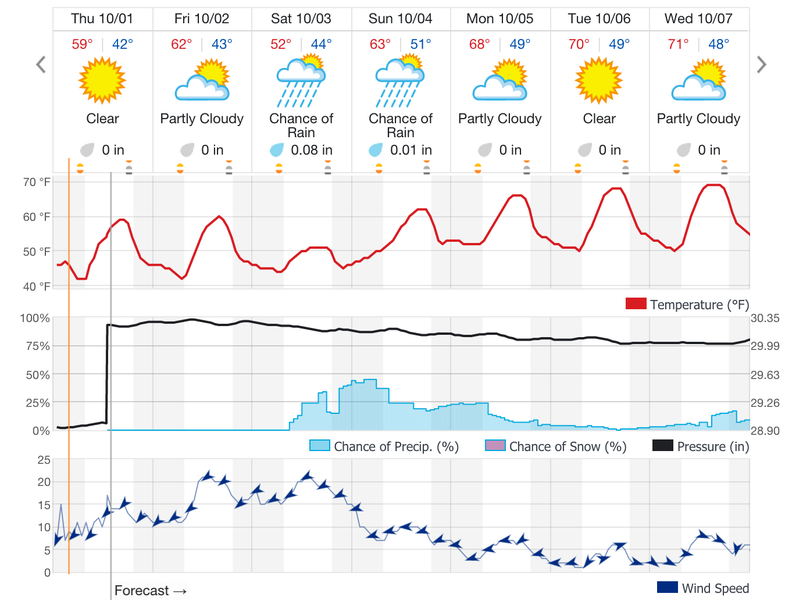 The stars have aligned, the pieces have fallen into place, the trap is set. And me? I’m just counting down the final four hours until I can climb in a tree.

Over recent years, one of the greatest lessons I’ve learned is the importance of hunting smart, rather than simply hunt hard. And the key to this way of hunting is to keep pressure low on your local deer by not hunting them until the conditions are just right. Then, and only then, I’ll move in and make a surgical strike.

Tonight I have just those kinds of conditions that warrant a strike, and so in a matter of hours I’ll be sneaking in to my stand with high hopes of getting a crack at a mature Michigan buck.

Below are the three factors that have come together today to convince me it’s worth hitting one of my best locations. Pay attention to these same clues before your own upcoming hunts, and if you start seeing the pieces falling into place too, don’t be afraid to move in for a strike!

1. Cold Front
Few things get deer on their feet and moving during daylight like a significant drop in temperatures. Typically a drop of 10 degrees or more will be enough to trigger that increased movement, so keep an eye on the extended forecast, and plan to be in a tree when those fronts hits. The last two bucks I’ve shot were both taken a day after a cold front moved into the area.

2. Moon/Pressure
Two factors that do seem to have to have an impact on deer movement, but maybe to a lesser extent, are the position of the moon and the barometric pressure. Popular theory says that deer will be slightly more likely to move when the moon is directly overhead or underfoot around dusk or dawn OR when it is visibly rising or setting at those same dawn/dusk timeframes.

As to pressure, many highly successful hunters such as Mark and Terry Drury, believe that deer move best on high pressure days. Mark, in fact, believes that pressure is the greatest single indicator of strong deer movement, regardless of time of year, but the key is to key in on high-pressure days relative to the average at that time of year. In the early season, high pressure worth taking notice of would most likely be something over 30.

If you see particularly high pressure or a moon position that lines up right, this might be one of those days worth striking.

3. Sighting/Photo
In addition to the above natural factors, the final and possibly most important clue towards knowing when to strike is an actual sighting or daylight photo of a mature buck. If you know the buck you’re after is moving during the day and you know where he’s at, you better get in there after him. It’s unlikely he’ll stay vulnerable for long, so strike while the iron is hot.