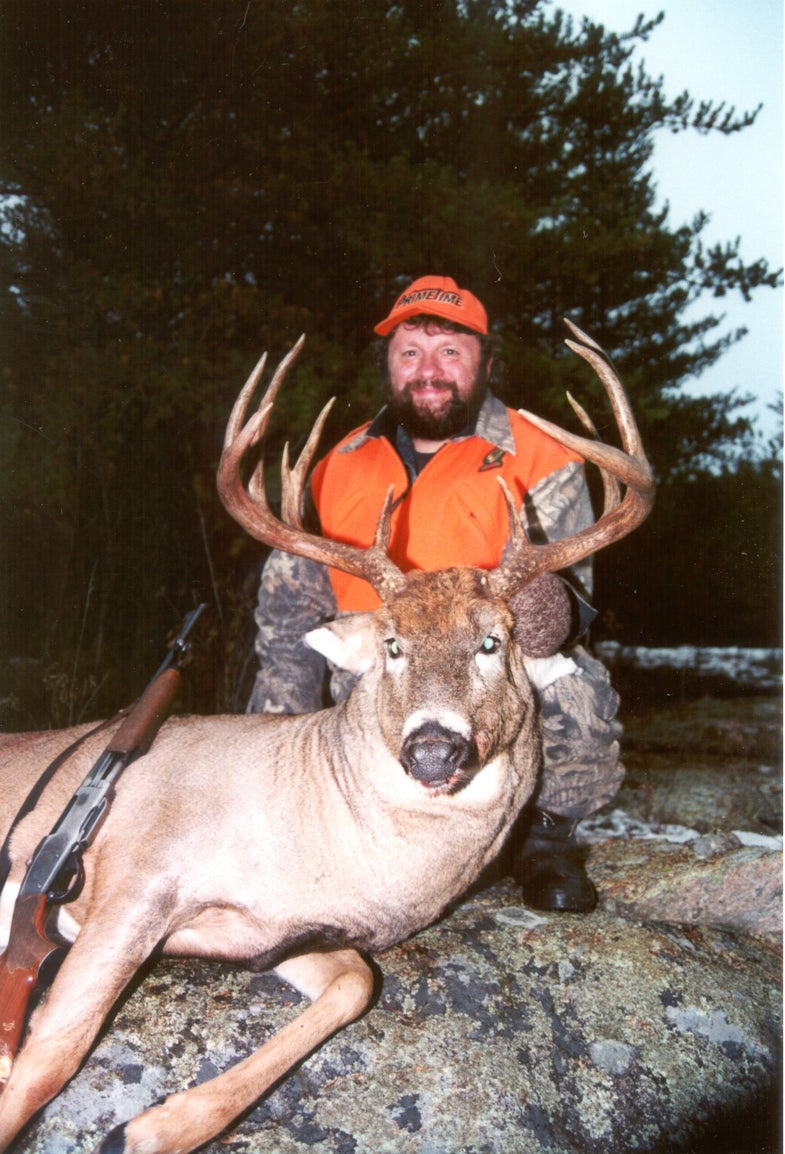 Lane Allen Benoit passed away at his home in Moretown, Vermont, on February 9, 2015. He was 60 years old.

Lane was the son of late and legendary deer tracker Larry Benoit and a well-known deer hunter and tracker in his own right. The Benoit family gained national notoriety and has been the subject of several books and videos and uncountable magazine articles about their legendary whitetail hunting skills.

Nicknamed Slammer, Lane was the “middle” Benoit brother, and he was always proud to wear the crown of the bad boy of the clan. He approached most things in life the same way he did deer hunting: wide open and straight ahead.

Lane was a big, burly guy with wild hair and a bushy, fierce-looking beard that displayed his belief that brawn coupled with a full-ahead charge would solve most problems in life. Animated, gifted and with a memory for details, Lane was a great story teller and was always in demand on the speaking circuit.

He and his son Zeb founded Lane and Zeb Benoit’s Mountain Outdoor Adventures, featuring hunting seminars, hunting and guide services which they operated for more than a decade.

I consider myself to be fortunate not only to have spent some time deer hunting with Lane, but also to call him my friend for the past 20 years. I hope that he will find clear tracks and short drags.