When Things Go Wrong: Food Plots and Trail Cameras vs. The Flood

Last week I wrote about using Reconyx cellular trail cameras for an upcoming hunt in western Illinois. A few commenters... 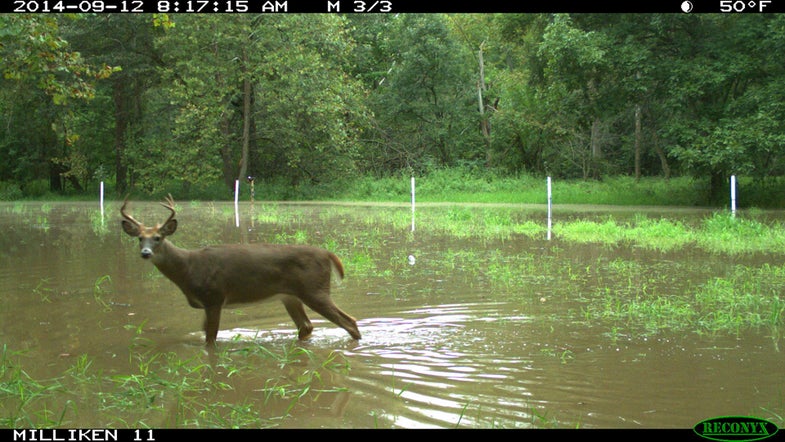 Last week I wrote about using Reconyx cellular trail cameras for an upcoming hunt in western Illinois. A few commenters wrote that using celluar cameras of any kind is unethical (or at least borderline). The fear is that with perfectly groomed food plots and remote trail cameras, a hunter could waltz into a property, kill a trophy buck on his first sit, and be back home in time for breakfast. No challenge. No drama. And, depending on how you define it, no fair chase.

Luckily, that’s not how it usually works out in the real-world deer woods. Exhibit A: The photo above was taken last month over a food plot that Aaron Milliken (a land specialist for Whitetail Properties) and I planned to hunt this November. This was going to be an acre of oats that hopefully bucks would use as a staging area before heading to a large ag field. But then a massive storm hit the area last month, dropping 6 inches of rain in one day. The La Moine River overflowed its banks and so did all of its feeder creeks. Our food plots—and the grand plans we had for them—were dead in the water.

“I’ve never seen the property flood that way in the fall,” Milliken said when I talked to him last week. “But that’s what happens when you have plans—Mother Nature flushes them down the toilet.”

The photo below shows a series from our second food plot, which was a 4-acre combination of oats and winter mix that was supposed to be our late-season hotspot. The image on the left was a normal shot from the cam, the middle image was snapped while the camera was underwater (the whole river bottom flooded with about 6 feet of La Moine overflow), and the third shot was captured days later as the water receded. Somehow, the camera kept working for a few days after it was totally submerged, before finally shorting out.

Milliken and I had worked extra hard to get this food plot in shape. This summer it was covered in 14-foot-tall ragweed which needed to be mowed and sprayed. To get it planted in time, we had to till the field even though it was wet. This meant having to pick mud and weeds out of the tiller each night. (By the way, if you ever have to do this you’ll need a power washer, a couple crowbars, and at least one six-pack of Coors Light.) All that effort earned us nothing more than some sunburn and blisters. The reality of working any deer property is that things often just don’t work out the way you want them to. 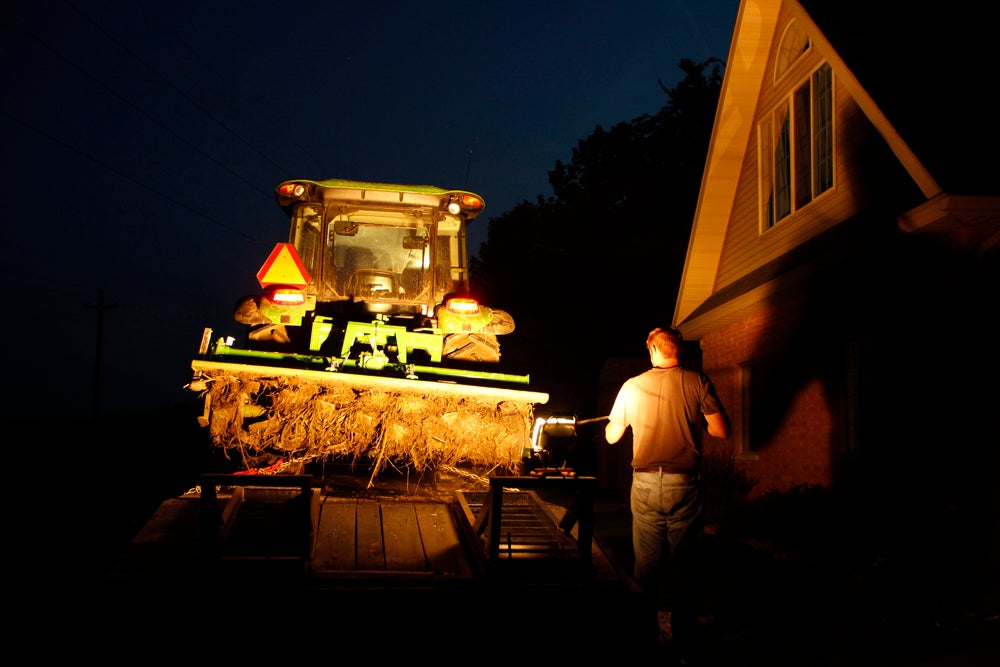 So, now that our food plots are likely shot and a handful of the cameras are out of commission, we’ll use a different strategy: Get in the woods and hunt travel corridors. The densely wooded area that we were saving as sanctuary is no longer off limits. We’ll scout for hot buck sign and focus on terrain that rutting bucks can use to ambush does. In short, we’re going to wing it.

I never cared for breakfast much anyway.