All summer long we’ve been watching bucks grow antlers. You know, the beauties that keep us up at night and... 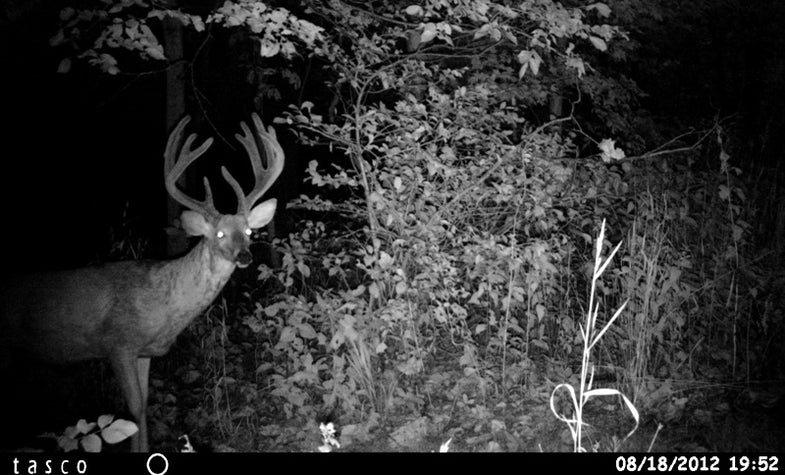 All summer long we’ve been watching bucks grow antlers. You know, the beauties that keep us up at night and we chase in our dreams every fall. We’ve been watching them grow and grow, hoping against hope that this will be the year. But now’s the time to stop hoping and start measuring, because antler growth is nearly finished throughout almost all of whitetail country. For the most part, what you see in early August will be what you get this fall (minus the velvet).

Noted deer expert Charlie Alsheimer has been watching and photographing deer for most of his life. The northern whitetails he’s worked with over the years are typically 90 to 95 percent “antlered out” by the end of the first week in August. Brian Murphy, deer biologist and CEO of QDMA, reports the same phenomenon among the southern whitetails he’s kept tabs on for most of his career.

As you read this, the majority of antlers out there have stopped growing, and are now undergoing the hardening process, or calcification. Hardening is prompted by a dramatic decrease in blood flow (associated with the velvet skin layer) that has been feeding antler growth all summer. Most antlers will fully harden and the velvety dead skin will peel away by the first week in September.

Testosterone drives this process, known as the photoperiod, which ultimately depends on the amount of daylight a buck receives each day. Researchers have conducted extensive studies on antler growth and, in most cases, this cycle plays out the same way each season.

So, if you’ve been watching a “monster” all summer and figure he’s somewhere around 140-150, you’d better give up on him becoming a 170-inch Booner. What you see on your game camera is probably what you’ll see from your stand come opening day. But a nice 140-inch, 10-point is a great deer in anybody’s book. And don’t forget: There’s always the buck you haven’t seen yet.