It’s not often that things work out precisely the way you plan, but when they do, it’s a heck of... 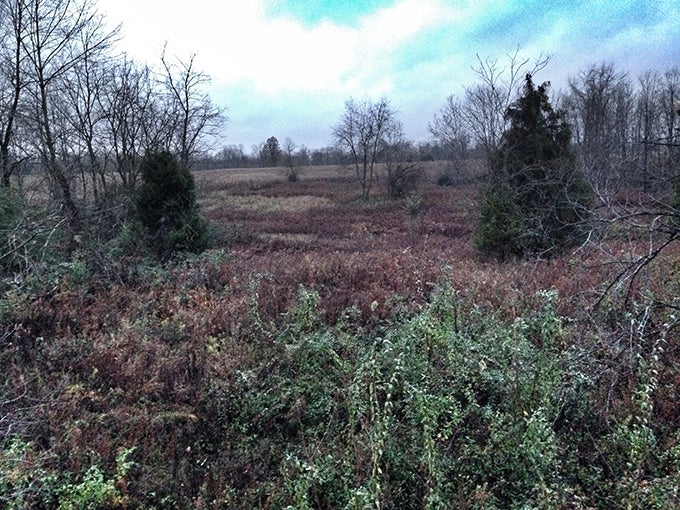 It’s not often that things work out precisely the way you plan, but when they do, it’s a heck of a good feeling. Last week, that’s exactly what happened for me, as I settled into what I considered an absolutely bulletproof rut hunting stand on the morning of November 6. Two hours later, I recoverd a bloody arrow that confirmed my hunch. That said, if you’re still looking to fill your tag during the whitetail rut, you might want to keep an eye out for a bulletproof setup like this as well. Here’s what to look for.

My stand site that day had three major things going for it, the first of which was that I was downwind of a small section of CRP and brush that served as a popular doe bedding area. During the rut, bucks spend a majority of their time moving downwind of doe hotspots like this, scent-checking to see if any does are in heat yet. Any buck with does on his mind in this area would pass by on this section of the cover, and I’d be there waiting.

The second factor for this stand was that the downwind edge of this bedding area also was a funnel. The finger of timber I sat in had a farmer’s barbwire fence that ran across its width, but there was one section of down wire, which was where the majority of deer crossed. My stand was hung just off the opening, and if a buck wanted to pass through this area, he’d need to come within bow range.

Finally, on top of being downwind of a doe bedding area and within a funnel, I also had a nearly perfect setup for my wind. The wind on this day blew from the doe bedding area to me, and then from me it blew directly out and over a steep ravine that essentially no deer ever travels or crosses. This rendered me almost 100 percent windproof.

Downwind of a doe bedding area, within a funnel, and windproof—if you can lock down these three factors in a rut hunting stand-site, you’ve got yourself a bulletproof setup and a great chance at tagging a buck. Keep your eye out for setups like this over the coming days and hunt hard!