As the deer season progresses our collective attention turns to rut watching. It’s one thing to hunt early season feeding... 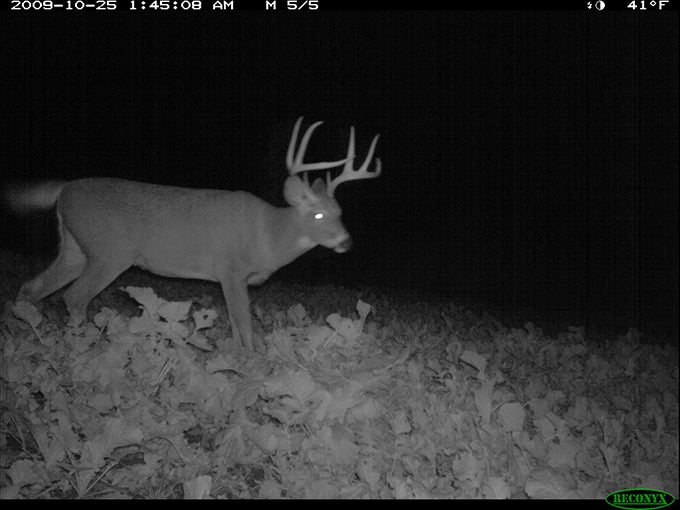 As the deer season progresses our collective attention turns to rut watching. It’s one thing to hunt early season feeding patterns (which we still should be doing), but it’s another to hunt the rut.

Remember that the rut doesn’t come on with the throw of a light switch. It’s more like a winter storm—the wind starts to blow cold, then picks up and gets down right teeth chattering and before long you are in a full-blown, hunker-down-next-to-the-fire nor’easter. Well, we are definitely beginning to pick up some wind. Here’s why.

We are beginning to see some light tarsal staining on some bucks. This is a sure indicator of the upcoming hunter’s rut. When most of the bucks are starting to stain, you are generally about 10 days away from some pretty good buck movement. When most buck tarsals are stained dark brown to almost black, you are pretty much in the teeth of the rut storm. Watch for it.

Another rut indicator to be watching for is an increase in daylight activity by big bucks. Testosterone overload will soon be calling the shots and will force mature deer out into the open during daylight hours. As this is written, we aren’t seeing much (if any) mature buck activity during legal shooting hours, but are picking up more and more big bucks heading in the right direction. Eventually they will show during shooting hours.

Another indicator of the rut is the breakup of bachelor groups. Summer and early fall buck groups are often comprised of three to five (or even more) bucks. Most reports coming in say that the buck groups have broken into smaller groups (generally pairs). In a few weeks, most of the big bucks will be moving about as solo performers.

Buck movement also intensifies with the approaching rut causing buck-to-doe ratio sightings to shift. At the peak of the biological rut, you can expect to see two to three bucks for every doe. Our reports and personal sightings this week are still favoring doe and fawn sightings over bucks.

Another indication of increasing buck movement is where the movement occurs and when. We have started seeing new bucks in new locations, but not at the levels that will occur in a few weeks. Strange bucks are just now beginning to show up on camera and road kills are beginning to pick up as well.

All of the above are sure signs of the upcoming buck storm. As we move out of the gentle breeze stage into the cold winds, keep your eye out for the upcoming storm. Before long we will be in the teeth of the celebrated nor’easter we live for every year. Watching her build is the sure way of being in the right place at the right time when she hits.