Whitetail Deer, A History: The Rewards of Hunting a Specific Buck

The meat, the challenge, the close-to-nature experience, the camaraderie; all of these reasons and more bring me back to the... 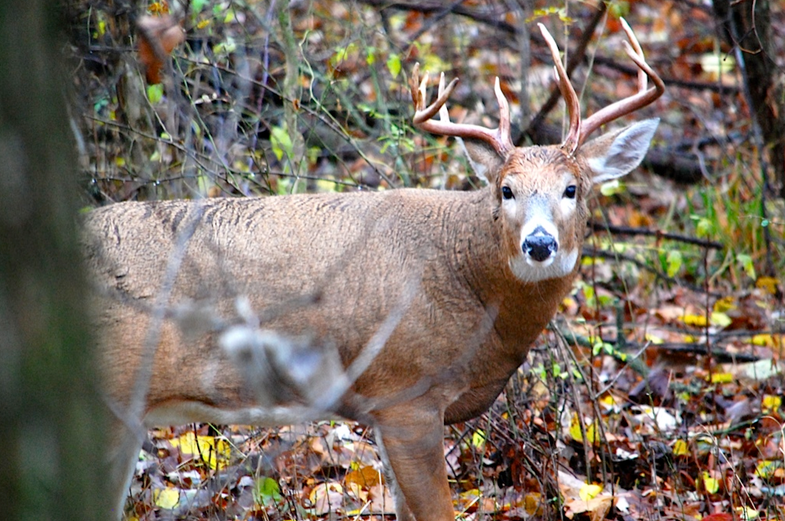 The meat, the challenge, the close-to-nature experience, the camaraderie; all of these reasons and more bring me back to the hunt each and every year. But recently I’ve found that history might be one of the richest gifts that hunting has given me.

In 2011, after moving to southern Michigan, I had my first experience of many with a buck I came to know as Six Shooter. That year I had numerous close encounters with the tall tined six-pointer and captured dozens of trail camera photos, but I could never close the deal. Two years later, with one of his sheds in my home and hundreds of trailcam pictures on my computer, I again was in pursuit.

An early-season surprise. A rainy Halloween night pick-me-up. A frigid December missed opportunity. His photos filled my hard drive and his whereabouts consumed my imagination. And over the course of that season our paths weaved in and out, ever so close, but never quite crossing.

Finally though, on a late December evening, after so many ups and downs, the story came to a close with one well-placed shot.

I’ve killed many animals over the course of my life and have been blessed with a bounty of wild game to feed my family and myself. But no other meal has nourished me as richly as this deer.

With every bite of that venison I was brought back to one of those moments; vibrant, lucid, tangible. I could see the rainbow of wildflowers he nibbled on that first night I laid eyes on him. I could feel the sting of the cheek-slapping rain that Halloween night. I could recall the rush of disbelief when he appeared within range that fading winter evening. And I remembered the sorrow and the joy I simultaneously experienced when resting my hand on his cold, still body.

Since that day, I’ve been blessed with another multi-year hunt for a well-known buck, and again that deer provided for me both physically and spiritually in ways that cannot be quantified.

Over the course of these pursuits I’ve passed on many other deer, I’ve missed out on plenty of other kills, and I’ve sacrificed my share of adrenaline-pumping track jobs. But as much as I enjoy filling the freezer and punching my tag, I’ve also come to love the single-minded and often fruitless pursuit of one single deer.

I might have a little less venison in the freezer and fewer sets of antlers on the wall. But what I do have, in my opinion, is worth so much more.