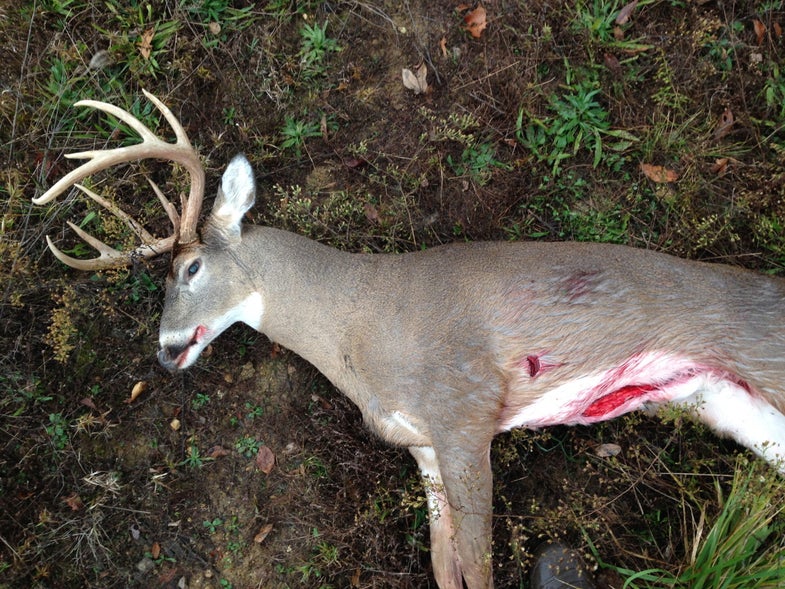 Two and a half weeks ago, I had a 25-yard shot at the biggest buck of my life and I blew it. Fast forward to November 6, I again had a shot at a dandy buck, but this time I double-lunged him with a well-placed arrow.

In between those two shot opportunities, I had racked my brain and laid restlessly in bed, night after night, thinking about that shot on October 16 and what I could have done differently. What I learned from this internal self-audit directly impacted my success last week. Here are the three tweaks I made to my shot process that turned my season around, and might just do the same for you too.

1. Develop a mantra
I knew I needed to continue to improve my ability to remain “in the moment” before a shot, so I began to implement a short mantra before each shot during practice, repeating the word “Jawbreaker” over and over. “Jawbreaker” was the buck I’d wounded earlier this season, and by conjuring up that memory before each shot, it reminded me to settle in and focus.

2. Take an extra second
The next thing I knew I had to do was take an extra moment before releasing my arrow. It’s natural to want to let it fly as soon as your pins are on the vitals, but I knew I needed to slow it down just a bit more. One way I forced myself to do this was by emphasizing my focus on checking the sight level each time before shooting, and never firing until I’d done that.

3. Practice your process
When I got into my stand on the morning of November 6, I simulated a shot situation to see how my set-up would work if a deer came in. Because of this practice, I knew that I’d need to have my safety harness strap under my arm when I clipped on to my bow, and that I’d have to stand early to adjust my feet on the platform before a shot. Being ready before you need to be is critical when pulling off a good shot in a high-pressure situation.