“My first hunt was a surprising experience…I didn’t anticipate the feeling you get when you first see a buck or... 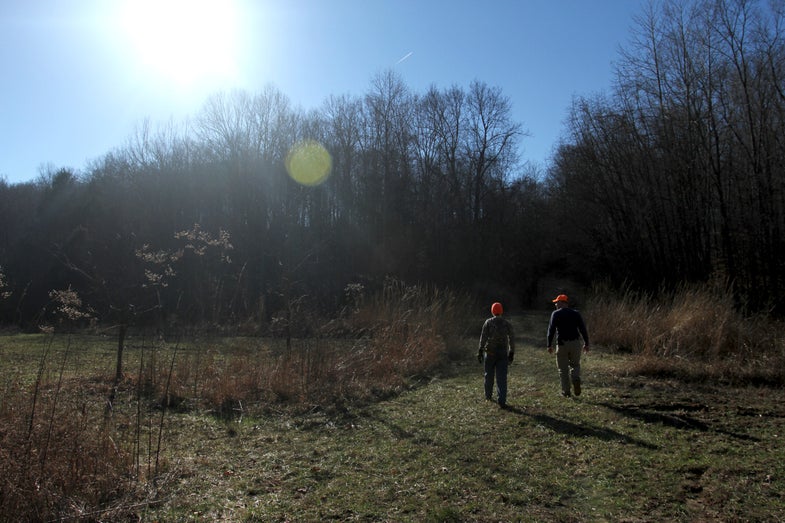 “My first hunt was a surprising experience…I didn’t anticipate the feeling you get when you first see a buck or a doe out in the field. That definitely raises your blood pressure up, it gets ya going… It’s too bad that I didn’t get anything tonight, but it gives me a very good reason to come out here and try it again.”

He wanted to try it again—that’s all I needed to hear. I’d done my job.
These words came from my friend Ray. He’s a college-aged guy, raised in the city, and had never been exposed to hunting. Until this week.

He loves the outdoors, loves to fish, and is fascinated by wildlife. But he never had a dad who would take him into the woods, or a friend who could show him how to track a deer or pick out a tree stand. And because of that—and despite his curiosity—he’d never hunted. Ray isn’t unique either: there are thousands of people out there just like him. They’re willing, interested and open—but don’t have the guidance. And it’s a shame.

But now, because of a little time out of my own day, he has the chance to change all that. My one regret? I haven’t done this often enough.

If hunters want the incredible tradition of hunting to continue, we need to start taking responsibility for passing it on. I realize now that I can be much more gracious with my time in this regard, and maybe you can too. In the new year, I plan on working harder than ever to introduce new people to hunting and I hope you can join me in this resolution. Lets share our time, our experience, and our tradition. Let’s share the hunt.