I hate say it, but it’s time to say good-bye to November and the excitement that comes along with it.... 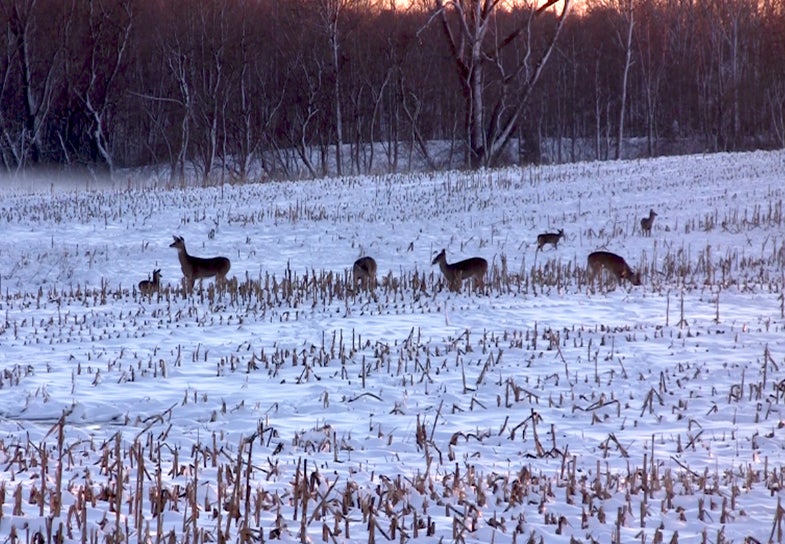 I hate say it, but it’s time to say good-bye to November and the excitement that comes along with it. Now we’re staring December right in the hairy eyeball and it’s time to transition into the “late season.” For me, that means a few shifts in my hunting strategy. Below I’ve outlined three major ways I’ll be transitioning into the late season that you might want to consider as well.

Evenings Only
As we get into December, deer are beginning to return to their traditional bed to feed patterns. Typically though, the majority of daylight activity is occurring in the afternoon and evenings. Most deer are returning to their bedding areas early enough that morning encounters are hard to come by—especially when it comes to mature bucks. And your chances are high of bumping those bucks that are headed to bed. For these reasons, I tend to only hunt evenings during the late season.

Focus on Food
Life for a buck now revolves around recovering from the rut and bulking up with as many calories as possible before the final onset of the long, cold winter. This means deer will focus on food, and you should too. Identify the most used food sources and focus your hunting efforts there. It’s your best late-season bet.

Follow Cold Fronts
Deer in December have been hunted for two months or more, and are getting pretty fed up with hunting pressure. So it’s important to time your hunts to take advantage of ideal conditions and avoid pressuring deer on days that aren’t conducive to daylight movement. For me, this means I’m primarily waiting to hunt my best spots until cold fronts or snowstorms pass through. Both frigid temperatures and the onset of fresh snow can get bucks on their feet earlier. That might be all you need to finally get a shot.