Source: QDMA The Quality Deer Management Association recently released its 2015 Whitetail Report in which it compiles deer information from... 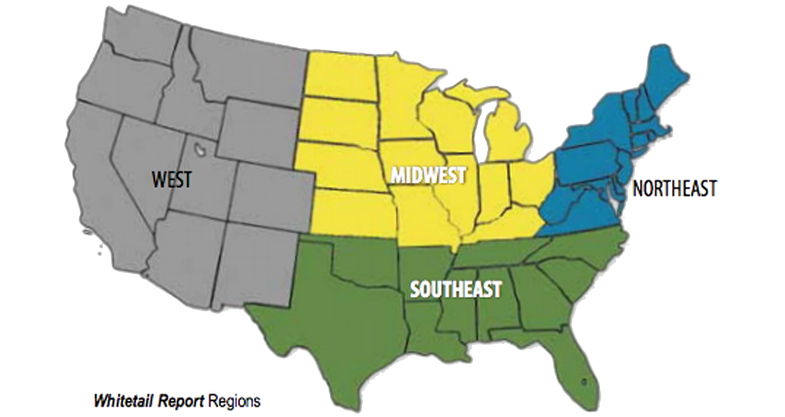 The Quality Deer Management Association recently released its 2015 Whitetail Report in which it compiles deer information from game agencies in the major whitetail states. The report looks at the 2013 stats, since that’s the most recent available data. (Read the full report here.)

There are plenty of gloomy numbers in this year’s report (mostly concerning downward trending buck harvests) but here’s a bright figure: 36. That’s the percentage of yearling bucks (bucks that are 1.5 years old during the fall) taken in the overall buck harvest. It’s the lowest rate since QDMA started tracking that data in 1989.

Now, I don’t think there’s anything egregious about shooting a yearling buck if it’s legal to do so where you hunt (especially if it’s your first deer). But, the only way to get more mature deer on the landscape is to let the majority of those little guys walk. And, it seems that even though deer numbers are down right now in a lot of places, more and more hunters are willing to pass on yearling bucks.

If you look at the graph closely, it appears that the downward trend of yearling buck harvests could be planing out a little. My hunch is that when states offer fewer doe permits, hunters will be more likely to shoot yearling bucks. And, according to QDMA, many states are looking to maintain or increase their deer populations.

What’s your take on yearling bucks? Pass? Shoot? Or does it depend on the circumstances?