I just moved from New York to Minnesota and I’m scrambling to find new places to hunt within an hour’s... 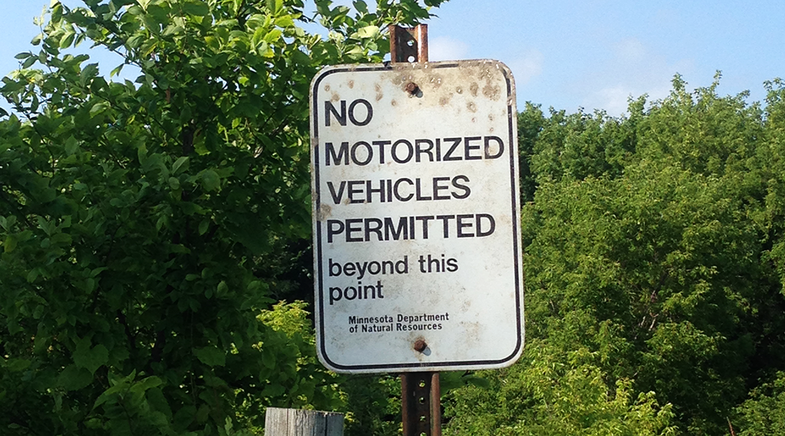 I just moved from New York to Minnesota and I’m scrambling to find new places to hunt within an hour’s drive of my home. I’m lucky enough to have family-owned property in Wisconsin, but now I need a place where I can cut out of work early and hunt.

The good news is that there about two dozen different public-land spots within striking distance. The bad news is that in Minnesota, like most popular whitetail hunting states, good, unpressured public ground near a major metropolitan area is few and far between.

Researching an area, driving out to it and finding out it’s a total bust can be discouraging. So, throughout my search, I’ve developed a specific mindset for striking out and scouting new places to hunt. After spending a few hours every night studying Google Earth and weekends driving and hiking, I’ve developed the four mantras below. If you’re also scouting public land this summer, feel free to mutter them to yourself as you sweat your ass off while walking through mosquito-thick woods…

The Minnesota DNR lists “lack of access” as one of it’s main concerns in regards to retaining and recruiting new hunters. And, it’s no secret that one of the reasons sportsmen and women across the country quit hunting is because they lose their access to land. But if you want to be a public land hunter, you need to rise above. There is always a new place to hunt—you just haven’t found it yet. Likewise, if one of your go-to spots on public ground burns out, it’s okay to find somewhere else (see #2). I know this is often easier said then done, especially if you’ve hunted there for years; tradition runs deep. But if the alternative is quitting…

I had really high hopes for the first place I showed up to scout. It was a gnarly piece of river floodplain ground surounded by farm country and parts of it were only accessible by boat. Then I showed up and found a smashed up television on the edge of the parking lot, soaking in the river. I hiked a little ways and stumbled into a big group of dudes blasting each other with paintball guns. I hopped in my car and drove to the next spot. Even if there had been a big-buck sweet spot on that piece of land, hunting it wouldn’t have been worth dealing with all the trash and the maniacs (they might have actually been okay guys, but I didn’t stop to find out). One of the benefits of hunting public land is that there are no strings attached.

But a medium-rare backstrap will. Set your expectations to match the place where you hunt. If you’ve got nothing but 2-year-old bucks running around, shoot one and be proud of it. On the flip side of the coin, there are certainly public land spots in Whitetail Country USA where you can walk-in and shoot a Pope & Young deer. If that’s your goal, be content with hunting a couple years without punching your buck tag. The pursuit of a mature deer on public land is a trophy in itself.

And when you do all that, make sure you’ve got a good buddy to help you haul your buck out.