Ask my wife Kathryn and she’ll tell you I forget everything. I forget to take out the trash. I forget... 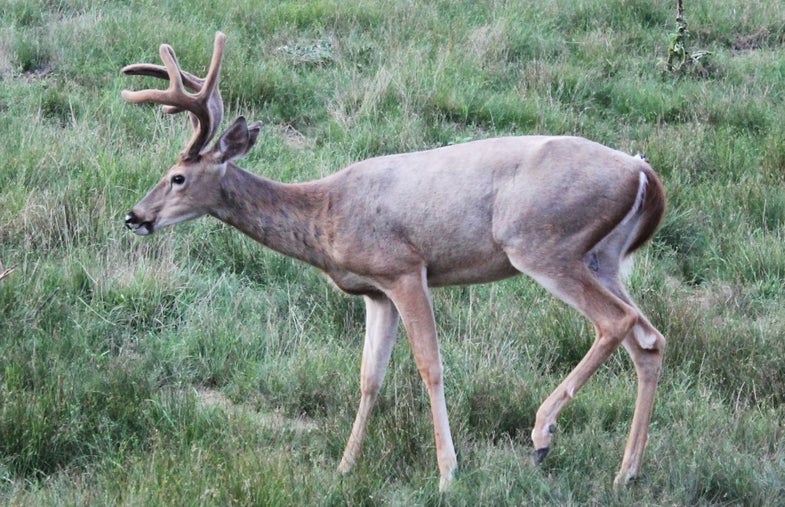 Ask my wife Kathryn and she’ll tell you I forget everything. I forget to take out the trash. I forget birthdays. I forget that I shouldn’t let one rip in public.

But, I never forget what’s on my whitetail to-do list. And that’s no joke.

I recently hung treestands on the properties I hunt, and I’m sure a lot of you are about to do the same. So, here are five things to never forget when hanging early-season sets.

1. Food Source Shifts
Most season openers fall between early-September and early-October. That is a time when deer are making a major transition in food source preference. Hard mast is ready and deer are on the move. You no longer see them in soybeans fields like a week or two ago. Suddenly, it appears all of the deer vanished. In reality, they just relocated to consume different food sources. Locate your stands in those places, too.

2. Standing Crops
Standing corn is killer for an early season hunt. Often, deer get in that crap and rarely come out. But they do come out. The good thing about corn is the bear ground it grows on. It’s easy to see tracks. Walk the edges of the corn to see where deer enter and exit. What you find will probably appear random, but you might find a pattern. If you do, camp out on it.

3. Think Thermals
Thermals will end your hunt before it even begins. Early season hunts will mostly be during the afternoon. The absence of rising thermals will cause air currents to move downward. Keep this in mind when setting stands.

4. Water Works
Everybody likes a cool drink of water—including deer. Studies have shown that during the afternoon bucks generally go to water before food. Sit over a watering hole. The more secluded the better.

5. Buck Beds
You don’t want doe beds until November. You want buck beds right now. But of course, you have to know where the bucks are bedding. Afternoon scouting from afar and trail cameras can help determine this. If that’s not an option, think back to what bucks have done in previous seasons. If you don’t know the history, use aerial maps and low-impact, boots-on-the-ground scouting to identify likely bedding areas.