It’s time to use up your remaining sick and vacation days—it’s officially game time for the rut. Reports are flooding... 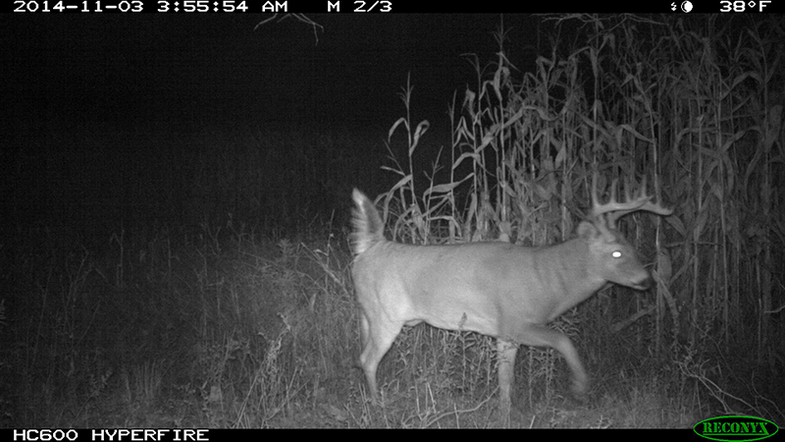 It’s time to use up your remaining sick and vacation days—it’s officially game time for the rut. Reports are flooding in from all over the country—bucks are chasing does, bucks are battling for breeding rights and does are leaving food sources and heading for the thick stuff to hunker down. Even though we have received some actual reports of bucks breeding does (camera shots, or witnessed in the field) most of the actual breeding lies ahead. Actual breeding follows a more or less normal curve and we are just entering the initial part of the curve. We are in what we call the hunter’s rut period now which is characterized by all kinds of buck movement and activity. The bucks are crazy with testosterone and most of the does are still playing hard to get.

The movement will gradually diminish as more and more does come into estrus and become locked down with the bucks. This generally occurs during the peak of the biological rut (breeding period) which is still a week or so out there. Once the breeding is in full swing it can be feast-or-famine on the stand, so get in while the getting is good.

The rut is absolutely the best time to be in the woods and that means any time of day and any day for the next few weeks. Hunting the edges of the thick stuff is often a good bet as most of the does have been pushed off the food sources and are holed up back in the brush. Finding does is the key to killing good bucks during the rut. Hunting transition (travel) routes between cover is a good way to ambush a buck moving from one doe group to another. This is the time the big boys make mistakes and you need to be out there with them when they do. If you have a bad sit or two, don’t give up. On the very next sit, you may be covered up by bucks.

Christmas comes may only come once a year, but for whitetail hunters the time is right now.