As hunters, we tend to get stuck far too often. No, this isn’t a Ford v. Chevy v. Dodge debate.... 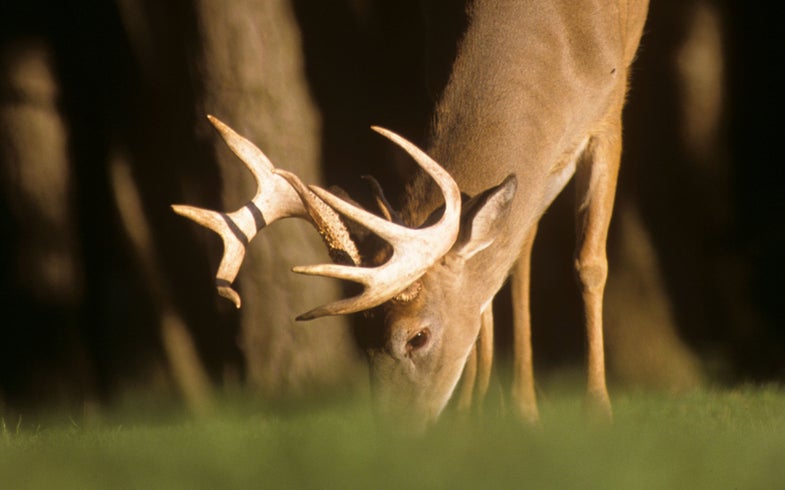 As hunters, we tend to get stuck far too often.

No, this isn’t a Ford v. Chevy v. Dodge debate. While I’m sure that topic would flood the comments sections and up the engagement level, the stuck I’m talking about is a bit more stubborn.

It’s about the decisions we make each year chasing whitetails.

We choose to hunt early November because we know that’s the best part of the rut – even though I’ve got several thousand trail camera images from last year that say otherwise.

We choose to place treestands in an area where we are downwind from a big buck’s travel corridor because we know that’s the right way to do it– even though the vast majority of the mature deer I’ve killed in heavily-hunted areas were taken from an upwind or quartering-wind position.

We choose to blame a lack of mid-October success on the “lull” even though reams of data prove that there is no such thing.

And we choose to plant a single blend or forage type in our food plots each fall because we know that’s how it should be done.

But what if we don’t really know what we think we know? What if the best option – especially when dealing with limited acreage to plant – is to plant two (dare we dream of three?) crops in the same plot in the same growing season, each with a specific purpose and time period of attraction?

That’s exactly the concept I’m kicking around while waiting for the Michigan spring to arrive (and I’m hoping it will eventually).

I own 17 acres. Last year I planted about two acres of that ground in food plots. Roughly two-thirds of that was in corn with the remainder in oats, radishes, and clover.

The clover is a mainstay in any fall-planted plot because it gives me an easy option the following spring. If the clover takes well, I don’t have to plant that plot again for a couple of years. I can simply maintain the clover for a killer plot that will save me some time and money.

As I’ve outlined in previous posts, the corn was very much an experiment and one that went pretty well all things considered (the primary consideration being that I’m not a farmer). I wanted to have the benefit of both food and cover and the corn delivered. That said, the “food” portion went to an unintended source – the local raccoon population.

Those little bastards ate every single kernel of corn before mid-October. I’m not sure if I can kill enough of them to truly make a difference and planting corn isn’t cheap. Plus, there’s a reason guys who grow corn for a living don’t generally plant corn-on-corn in successive years; it can strip the soil of nitrogen in a big way and you can have issues with some pests. Can it be done? Sure. You’ll just spend a lot more on fertilizer and possibly pesticides.

I may still incorporate some corn into my plan this year, but likely won’t do a full planting.

My wish is that I could provide forage most of the summer and fall so as to keep deer using my ground as often as possible, but I’m dealing with very little acreage. If I follow standard plot procedures, I’m just not going to be able to do it.

Which is why I’m not going to follow standard plot procedures. I’m going to plant soybeans and other spring-planted forages that are attractive throughout the summer.

I know the deer will eat most of the beans, and that’s fine because I’m going to replant the plots in late summer to establish the food sources I’ll hunt over during deer season.

In a later post I’ll get into the exact mix I’ll be planting – mostly because I’m still working that out.

I do, however, know that I’m going to turn as much of the plot area as makes sense into a multi-crop system. Soybeans, maybe some buckwheat, will get planted as soon as the soil is warm enough. Those crops will draw deer in the summer. I’ll then till/disc it under in late summer and start over with a fall planting. I may even get really crazy and disc under some areas a third time and plant some strips of pure oats for the explicit purpose of killing deer over them in October.

This allows me to provide much more food on limited acreage and has the added side benefit of helping to build the soil. Soybeans help put nitrogen back into the dirt and the organic matter that will be left from discing under the remaining plants doesn’t hurt either.