An Inside Look at Camp Chef’s Pellet Grill and… by OutdoorLife I often preach about the importance of mixing up... 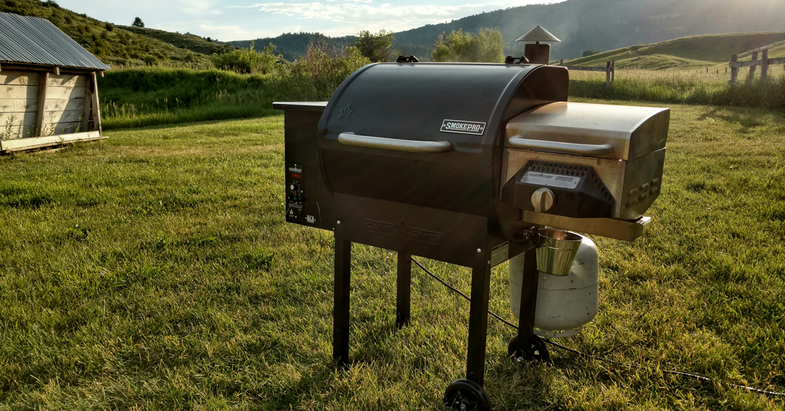 I often preach about the importance of mixing up cooking techniques for wild game, yet I’m equally guilty of getting stuck in a rut—especially when I stumble upon an exciting, fresh style of cooking. As you’ve likely noticed in this blog, lately I’ve been religiously firing up my new Camp Chef SmokePro Pellet Grill and Smoker. It’s so freakin’ easy to use, and every hunk of wild meat that I’ve produced on it has been incredible. Yep, it’s my shiny new toy, but I’m pretty sure it’ll be a staple of my cooking arsenal until it’s old and rusty.

And now Camp Chef just seriously elevated this pellet-grilling game with a new accessory: the BBQ Sear Box. It’s the coup de grace of pellet grilling. You can get the quick skinny on this cool tool by watching the short video included in this post, and/or you can read on.

The BBQ Sear Box allows you to sear virtually any cut of meat. Searing isn’t just about giving your meat fancy grill marks—it’s all about enhancing flavor. When seared properly, every crosshatched dark line on your meat becomes a strip of caramelized awesomeness. Even though Camp Chef’s SmokePro reaches up to 500 degrees, that’s still not hot enough to really properly sear your meat. The Sear Box hits up to a wicked 900 degrees. Swap the SmokePro’s side shelf with the BBQ Sear Box, add a propane tank, and you’ve got the best of both worlds (smoking and searing) in one solid unit. That’s tough to ignore.

Are you familiar with “reverse searing” meat? If not, you’d better get schooled right here.