A Recipe for Venison Kibbeh

Last weekend my family and I went to a Middle Eastern Festival put on by one of the churches over... 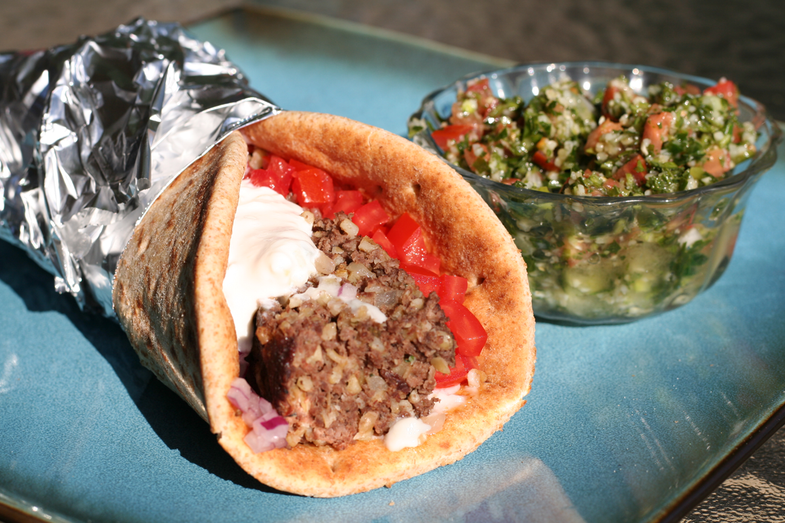 Last weekend my family and I went to a Middle Eastern Festival put on by one of the churches over in St. Paul, MN. There were dancers and camel rides and music for everyone to enjoy. But most important was the food. There were whole lambs roasting on spits, and gyros being carved to order. I couldn’t help myself and ordered one of everything. When I brought the tray back to the table where my wife and two kids were sitting, my wife just looked at me like I was out of my mind.

“There is no way we are going to be able to eat all that,” she said.

She was wrong, we ate every last bite.

The surprising part of it was that my kids really enjoyed it, particularly the kibbeh. Kibbeh is an interesting dish; it is kind of like a Middle Eastern meatloaf that’s traditionally made with lamb or beef. Instead of adding breadcrumbs or corn flakes as filler, they use bulgur wheat. I did a little looking and I found that just about every country in the Middle East makes it and they all have different versions. Most have similar ingredients they just prepare them different. It is traditionally seasoned with cumin, allspice, mint, and black pepper. Other versions are formed into little croquettes and deep fried or shells are made with a Bulgur and meat mixture and then stuffed with more meat. One version made with lamb is served raw with roasted peppers. 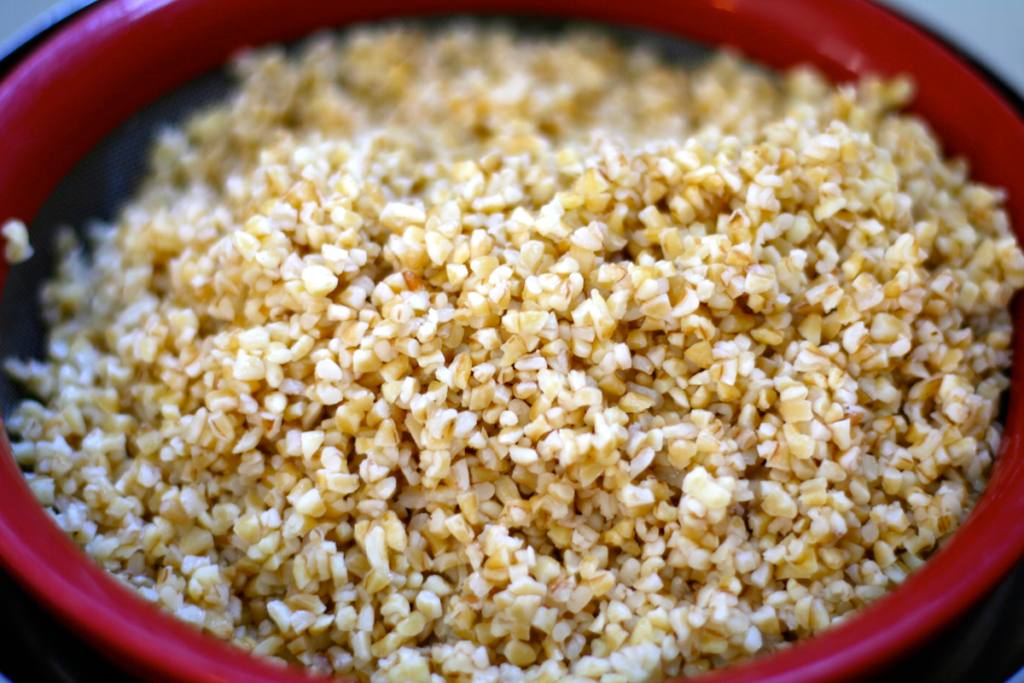 Instead of adding breadcrumbs or corn flakes as filler, this dish uses bulgur wheat.

As I sat there eating the kibbeh I couldn’t help but wonder how it would taste with venison. I had ground venison at home and all I had to do was stop and get some bulgur wheat. I put together a version of kibbeh that was out of this world. The venison has very little fat in it and I wanted to prevent the meat from drying out as it cooked, so I placed a pan in the oven with two cups of water to help keep it moist. The end result was a delicious version of kibbeh that I will be making over and over again.