“Smoked Carp.” My uncles and I passed that awkward sign for years during our annual spring turkey-hunting trek to southwestern... 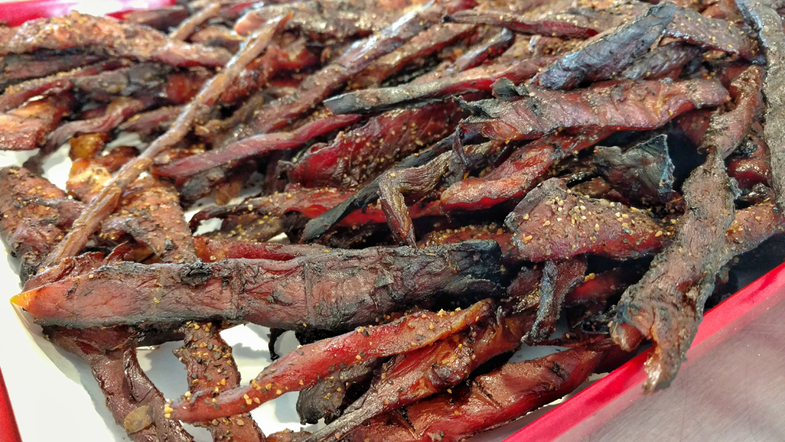 My uncles and I passed that awkward sign for years during our annual spring turkey-hunting trek to southwestern Wisconsin. The running joke was that we needed to slip in under the cover of darkness and switch the order of the “a” and the “r” in “Carp.” Eventually, we decided to stop by and take a look at the building behind it. It was time to see what Ritter’s Fish Market was all about.

When we pulled into the parking lot, a fisherman was unloading a boatload of rough fish, mainly carp, plus a bunch of other strange-looking bottom feeders that I couldn’t identify to save my life. My eyebrow raised and I scratched my chin. Are people really eating this stuff? The answer? Hell yeah! And after testing some of Ritter’s smoked carp jerky, I started to understand why there’s a significant market for the ugliest fish in the Mississippi River.

Ritter’s Roots
Ritter’s Fish Market is owned by Jeff and Sue Ritter, husband and wife. It’s located just minutes above the bluffs of Prairie Du Chien, Wisconsin, where the Mighty Mississippi is more than a river—it’s a culture.

“My folks had a place on the river in Waterloo, Iowa, when I was 4 or 5 years old,” Jeff explained of his fishing roots. “When I was growing up, I took a love to the outdoors and the water immediately. I made use of whatever kind of water I could there. I guess you could say I started commercial fishing way back as a kid, catching fish and selling ’em on street corners.”

Jeff went to college to study fisheries biology, but it didn’t take long for him to change course. “I found out real quick I hated school,” he said. “So I went the other way and started working on the river with an old-timer.”

The veteran fisherman who showed him the ropes was hardly making ends meet, but Jeff wanted to take it to the next level and make a serious run at commercial fishing as a career. “When I first started, there were still a lot of ma and pa fish markets around—somewhat like our place is now—but they were waning fast,” he recalled. “When I started, I’d have to wait in line to sell my fish.”

A Market for Rough Fish
After 3 decades of hard work, Ritter’s Fish Market has solidified its standing in the commercial fishing market. “We catch garbage fish, but it’s other people’s food, so it works out pretty good!” Jeff joked. Nine employees, plus about 15 different commercial fishermen, are responsible for catching, processing and shipping more than 30,000 pounds of wholesale rough fish to Chicago and Minneapolis every week. 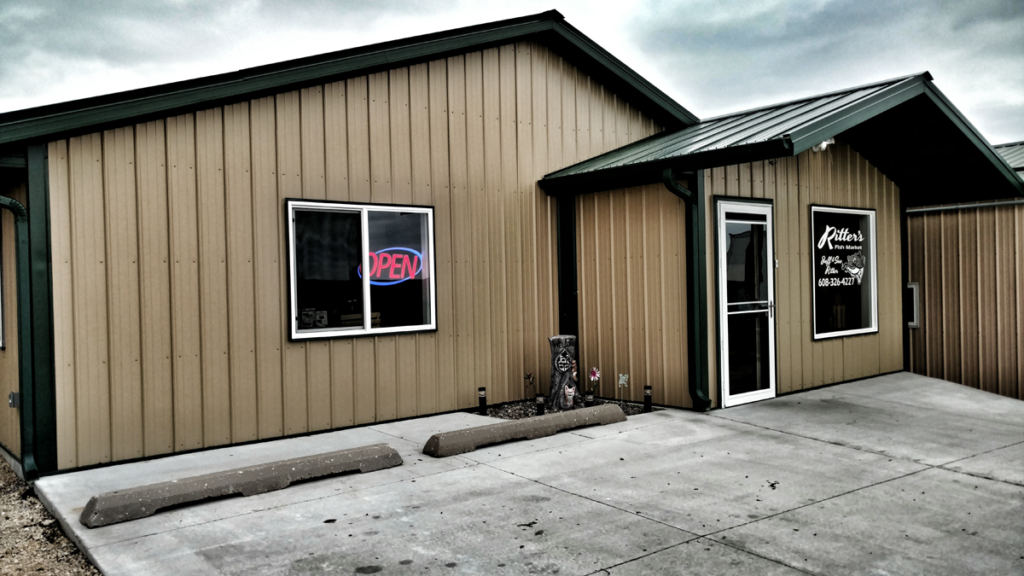 Where exactly does the fish end up? “When it leaves here, it’s going to some store where somebody is going to buy it and cook it,” Jeff said. This was moderately shocking to me, considering I can only recall one or two times when I’ve personally seen rough fish being sold at a fish market. Apparently I need to get out more.

Catching and Cleaning
Ritter’s crew and most other commercial fishermen along the Mississippi catch their rough fish via one of three methods: hoop nets, gill nets, set lines or seining. Setting and checking nets is a daily grind, but catching the fish is only half the battle. Once they’ve collected a haul of fish, it’s imperative to keep the bounty fresh. 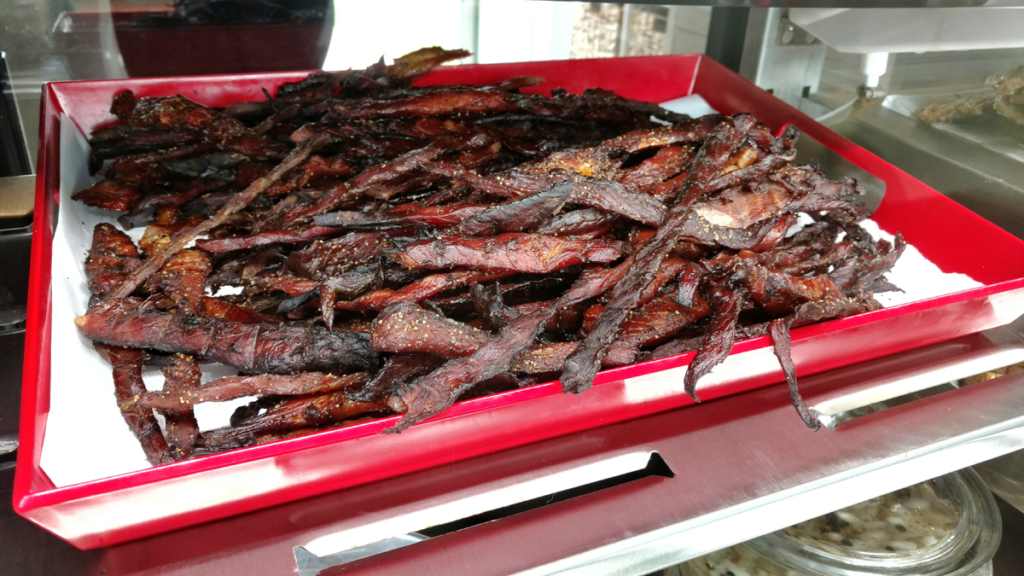 “When we’re netting them, we’ll take ice on the boat and usually keep the fish iced—most of the time they’re still alive,” Jeff explained. At his shop, the fish get put in an ice-water bath (“ice slurry”) and they’re soaked for an hour or two. Then they’re gutted and put into another ice-water bath. That process applies to most of the species, but catfish are given royal treatment. “We normally keep catfish alive in an aerated water tank until we dress ’em,” Jeff noted. “They’re usually dressed no more than 2 days ahead before they go to the store. That gives ’em a shelf life of about a week.”

Storefront Specialties
Driving up from Prairie Du Chien on Highway 27, several twists and turns will bring you along a gorgeous stretch of country dotted with row crops, hardwood coulees, cattle farms, and a distinct whiff of rural work ethic. Eventually you run into Ritter’s Fish Market, where Jeff and his team work tirelessly to feed the appetites of ruffians from near and far. Today, in addition to the wholesale processing wing of the establishment, you’ll also find a charming retail storefront where you can buy fresh fish ranging from catfish to sturgeon. You’ll even see shrimp, salmon and other selections on the menu, which Ritter’s sources from around the country to feed local demand with more than just local river fish. 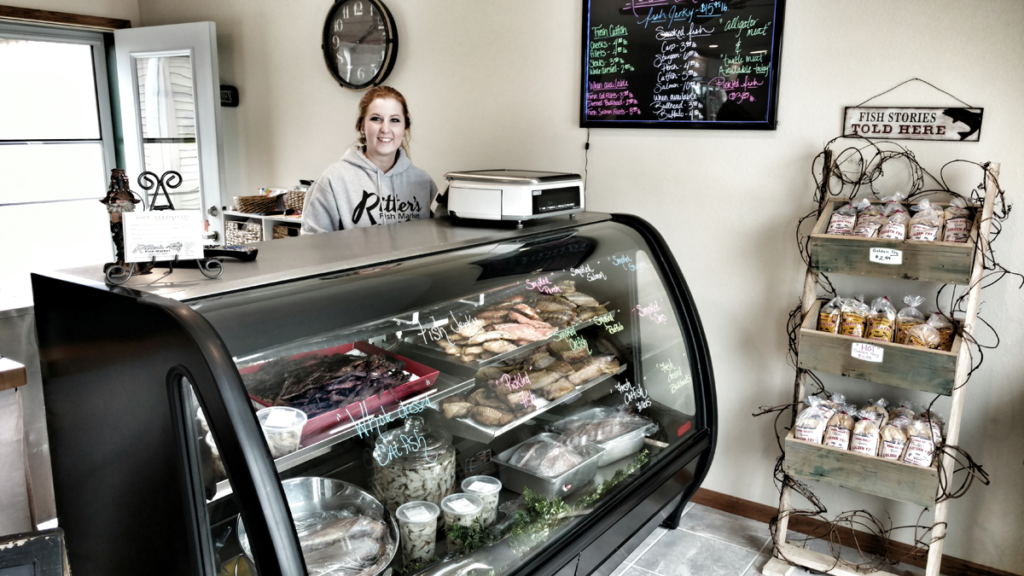 Most of the fish is frozen, but a handful of other delicacies are ready to eat—pickled fish and carp jerky being the two most popular storefront products.

The pickled fish is made using Jeff’s secret homemade brine, which he stumbled into while trying to make pickled venison sausage.

Ritter’s carp jerky is a secret specialty, too. The carp are filleted, bones are removed, and the fillets are cut into strips. Next, they go into another one of Jeff’s special brines and they hit the smokehouse—also located on site. “I’m always trying to monkey with the brine recipe, but everyone tells me I wreck it, so I’ve kind of stopped messing with it,” Jeff said. And I would have to agree. Ritter’s carp jerky is perfect.