There was little time for recovery following our first Chasing Spring hunt of the season in Florida. To say the... 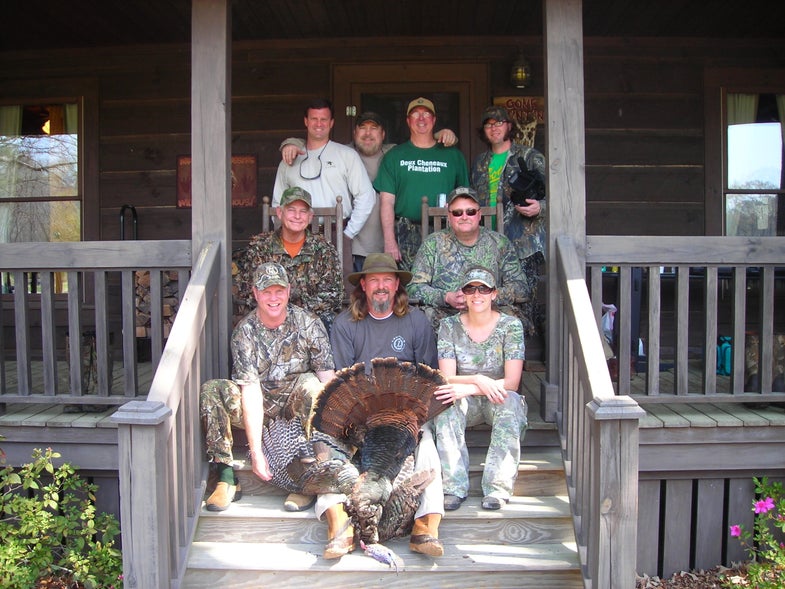 There was little time for recovery following our first Chasing Spring hunt of the season in Florida. To say the journey to South Carolina was a wild adventure is quite an understatement and it began as soon as I walked out the front door.

The 4 a.m. drive to the airport came complete with intense rain, sleet and finally some serious snow. Traffic was slow, cars and trucks lined the roadside ditches and I was thankful for my four-wheel drive as I fought my way around slow cars and up steep ice and snow-covered inclines.

By the time I parked at the airport, snowflakes the size of golf balls fell from the sky. I won’t go into all that went so terribly wrong, but suffice it to say that my 6:30 flight was delayed, then delayed some more, then de-iced turning it into an 11:30 flight complete with missed connections.

But, Chasing Spring is aptly named: I get to see spring arrive in state after state while hunting gobblers. My flight landed in 86-degree temperatures, blooming flowers and budding trees.

My destination was Deux Cheneaux Plantation in Walterboro, South Carolina. The lodge was awesome, the food was off the charts and our hosts, Allen and Susan Bell were terrific.

This Low Country hunt was set up by old friend Steve Cobb and filmed by NWTF TV show cameraman Brian Combs. Another great guy, Tony Chacheres of food seasoning fame was in our camp and took a nice gobbler on camera.
I hunted with Lori Smith Bell Johnson, a great gal who hunted hard, never complained and finally took a gobbler on during the last hour of the hunt.

Like Florida a week ago, this early season proved tough with very little gobbling, Boone and Crockett skeeters, gators and long hours in the field. I actually rate calling Low Country gobblers right up there with south Alabama turkeys as far as difficulty in closing the deal.
I also attended and spoke at turkey seminar in Lodge South Carolina with Tom Stuckey, an old friend and running buddy from the old days. Great food, best collard greens ever. I’m still receiving e-mails and Facebook messages from that program.

This was truly a wonderful hunt. It was an awesome camp with great fellowship, new friends, old friends and now a new family down in Walterboro S. C. For me, the turkey hunting was secondary to spending some time in this turkey camp with so many fun and wonderful people. I am truly blessed to be Chasing Spring. Our next stop is Tennessee.

See the photo gallery for the hunt here.